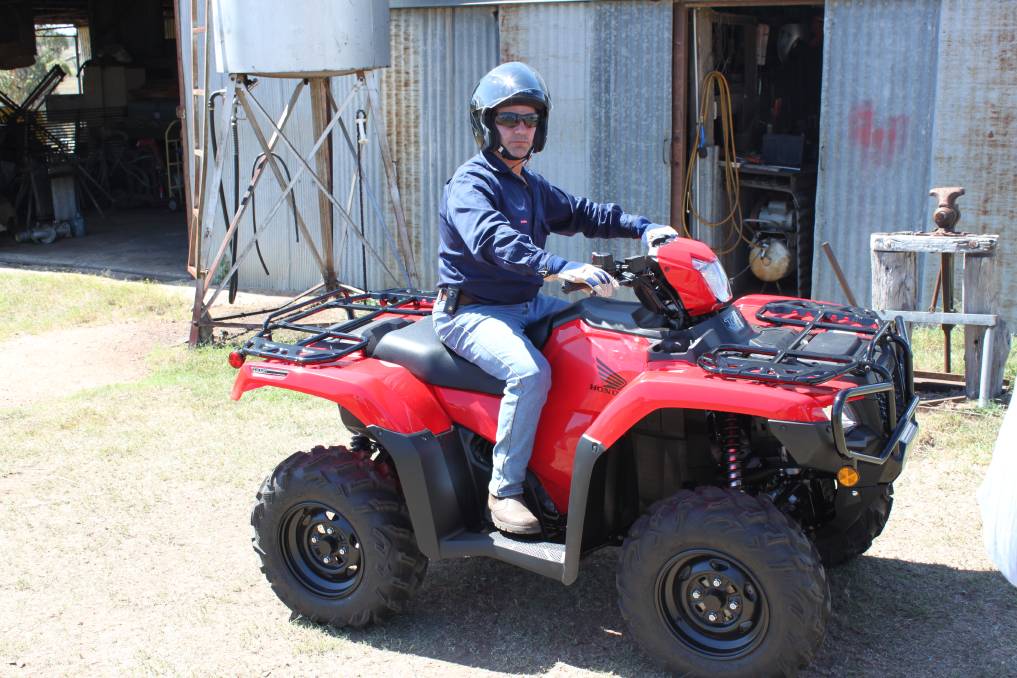 MANDATORY HELMETS: Australia's peak automotive body says the wearing of helmets and driver training should be mandatory for all quad bike riders.

A new report from the United States has concluded rollover protection devices should not be fitted to quad bikes.

Australia's peak automotive body says a new report from the United States has posed more serious questions about the worth of rollover protection devices on quad bikes.

Dynamic Research Inc (DRI), which provides technical research services to the vehicle industry, concluded operator protection devices (OPDS) were not valid safety equipment after reviewing the findings of recent US studies into their value.

The two studies were done by consulting firm, SEA Ltd, in its latest work on quad bike safety for the US Consumer Product Safety Commission (CPSC).

In the most recent study, released by the CPSC last August, SEA used a crash dummy to look at the effectiveness of two after-market quad bike OPDs now available in Australia.

The authors of the DRI review - vice president and technical director Scott Kebschull and senior principal engineer Mike Van Auken - found no statistically significant differences between the baseline quad and those equipped with either of the OPDs in regard to pinning the rider underneath the machine or from head injuries.

Their review included strong criticism of the Australian Competition and Consumer Commission (ACCC) for incorrectly claiming the SEA reports had contained strong evidence that rollover devices would reduce quad bike deaths and injuries.

"To the contrary, SEA and the CPSC did not make any findings or conclusions supportive of the use of OPDs," the DRI review said.

A copy of the DRI report has been sent to the ACCC for comment.

The federal government has accepted recommendations from the ACCC on new safety standards aimed at cutting quad bike-related deaths and injuries which included new regulations on machine stability and the mandatory fitting of OPDs on new machines from next October.

As a result a number of major manufacturers including Honda, Yamaha, Polaris and Suzuki have announced they will withdraw from the quad bike market rather than comply with compulsory fitting of OPDs.

Chief executive of the Federal Chamber of Automotive Industries Tony Weber said the new rollover studies by SEA Ltd and the review of them by DRI raised more questions about whether OPDs offered a net safety benefit for quad bike riders in a rollover.

"The ACCC safety standard (for sales of new quad bikes from next October) is based on questionable science and has failed to provide the data to support the position that OPDs can offer a safety benefit in a roll over," he said.

Mr Weber said besides the SEA ad DRI reports, the findings of three coronial inquests in Queensland, NSW and Tasmania had supported the push by ATV manufacturers for mandating helmets and training as well as banning children and passengers from riding on adult-sized quads.

Meanwhile, the DRI report said a careful review of the images in the SEA reports showed that in some cases an OPD could lift a quad bike to a greater height during a rollover which had the potential to cause more darths and severe injuries.

And SEA test data and DRI's own simulation results showed riders generally did not land in the protective space provided by OPDs at the end of a rollover accident.

The DRI report said all-terrain vehicle-related fatalities and injuries in the US had been declining for more than 10 years.

It said the CPSC, along with industry participants and other stakeholders, had contributed to this positive trend through efforts emphasising ATV rider education and training.

Specific efforts had promoted hands-on safety training courses and the use of helmets and other protective gear.

The story New US report critical of ACCC stand on rollover protection on quad bikes first appeared on Farm Online.