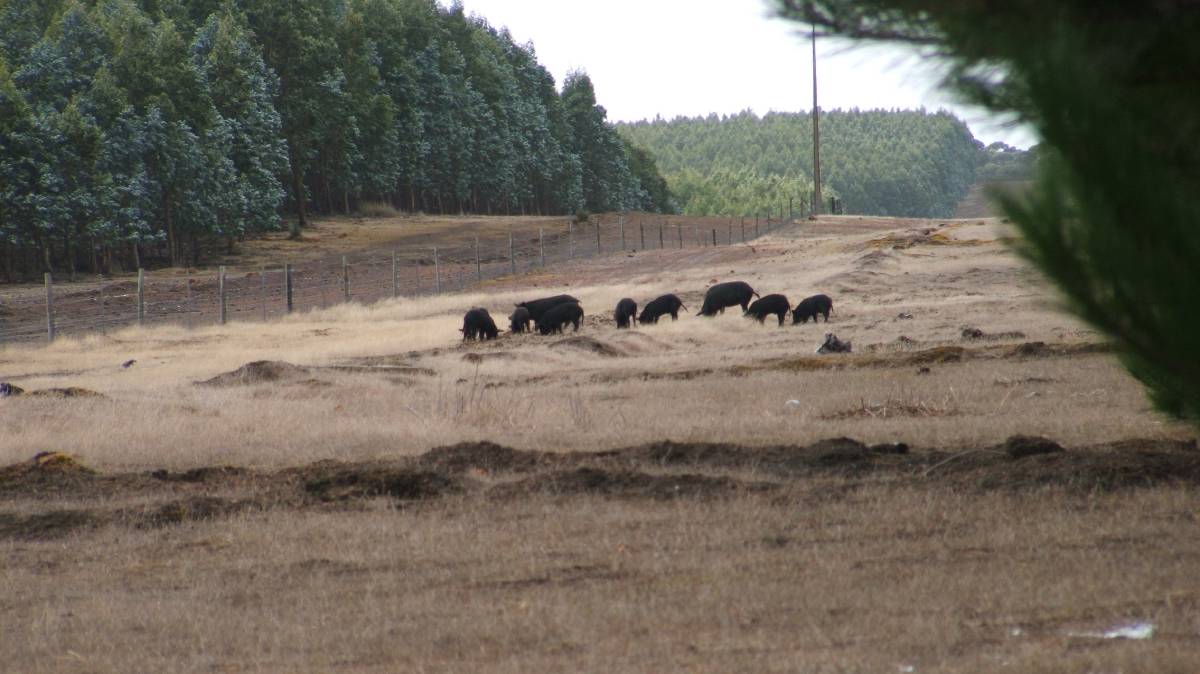 Feral pigs feed on the edge of plantation forests on Kangaroo Island before the recent bushfires. Photo: KI Landscape Board

Hoggone baits were delivered to KI in a purpose-built device, which excludes kangaroos.

PIRSA in partnership with the Kangaroo Island Landscape Board is starting a program of poisoning feral pigs on the island.

Following the 2019-20 summer bushfires, feral pig numbers were reduced from more than 5000 to fewer than 1000 on the Island.

The 2020-21 summer will be crucial for eradication efforts, as feral pigs will be looking for water and food, and will be more likely to take baits.

Recently, KI Land for Wildlife and Australian Wildlife Conservancy on behalf of an alliance of landholders, worked closely with PIRSA's KI feral pig coordinator to receive immediate support and free baits after reporting a sighting of five feral pigs.

Within three days, all five pigs had taken baits and died.

The Hoggone baits were delivered in a recently developed, purpose-built device, which excludes kangaroos, possums and other native wildlife, and results in the quick and humane death of the pigs.

KI landholders are asked to be on the lookout for feral pigs or for signs that they have been accessing water points, and to report pigs by calling PIRSA feral pig coordinator Matt Korcz on 0438 117 513, or by using the free Feral Pig Scan App.

Feral pigs not only cause an estimated $1 million worth of damage annually to the Island's agricultural industries, through damage to pastures, grain and potato crops, fence lines and dams, but they are impacting on endangered native plants and animals.

KI landholders can access immediate support, including baits, to help rid their properties of feral pigs thanks to the state and federally funded $2.67-million KI Feral Pig Eradication Program.