Prices in the final and largest heifer weaner sale for the season at Naracoorte came close to matching the strong steer cents a kilogram rates achieved the previous day. 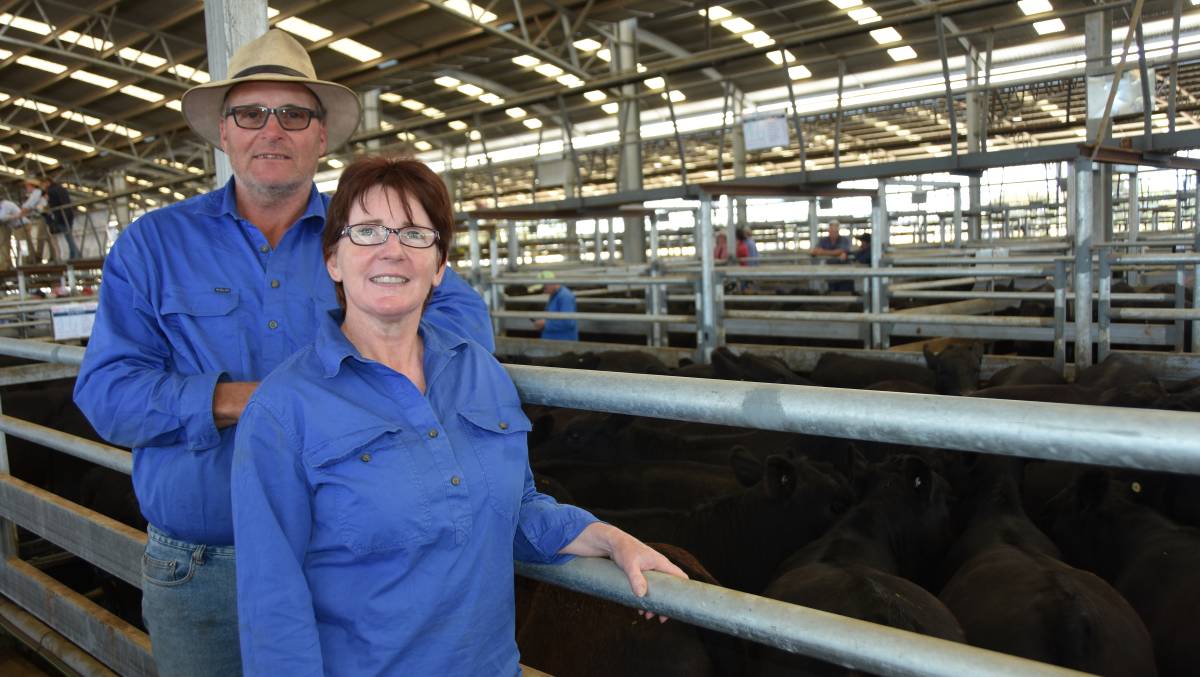 Prices in the final and largest heifer weaner sale for the season at Naracoorte on Friday came close to matching the strong steer cents a kilogram rates achieved the previous day.

Local demand was strong but there were also buyer orders from Gippsland, Vic and southern NSW for breeding and fattening.

It was a well-bred pen of 21 10-11 month old Simmental-Red Angus from Neil and Lisa Davis, Bimbadeen Ag, Coonawarra, which topped the 2684 head yarding.

The EU-accredited heifers made $4.84/kg, equating to the $1883 highest price in dollars a head, selling to Elders Bendigo, Vic.

The Hann family, Nampara Pastoral Company, Lucindale, who had some outstanding results with their PTIC females in the past week - including a $3032 average on 186 head sold at Mortlake, Vic- reinvested in the top end of genetics to join for sale in 2022.

They also bought their own bloodlines back with 24 Nampara and Granite Ridge bloods from MG&TM Smith, Lucindale, making $4.76/kg or $1709.

Clovelly Pastoral Co, Naracoorte, sold 41 JB Angus bloods to a $1750 high for March/April drops weighing 388kg. These were also knocked down to Nampara.

"The job is pretty strong. With the way the year has been with COVID there was a degree of uncertainty but it has exceeded our expectations," vendor Ian McLachlan said.

Thomas DeGaris & Clarkson auctioneer Hayden Lambert quoted prices as firm on the early January sale and said there was a 15-20c/kg premium for heifers being bought to be mated.

He said in such a volatile cattle market some buyers were choosing to buying heifers over steers to give themselves more options. This had narrowed the cents a kilogram gap between the sexes.

Mr Lambert put the big yarding down to some vendors deciding to "take the money while it is there" but also said with such a good season in the South East some may have held onto their heifers to put more weight into them.

Southern Australian Livestock's Will Nolan, the Naracoorte Combined Agents Association's chairman, said the market was similar to early January for heavy heifers to a "little bit better" on the middle and light weight range.

The Naracoorte Regional Livestock Exchange will return to monthly store sales with the next one scheduled for Thursday, February 25.