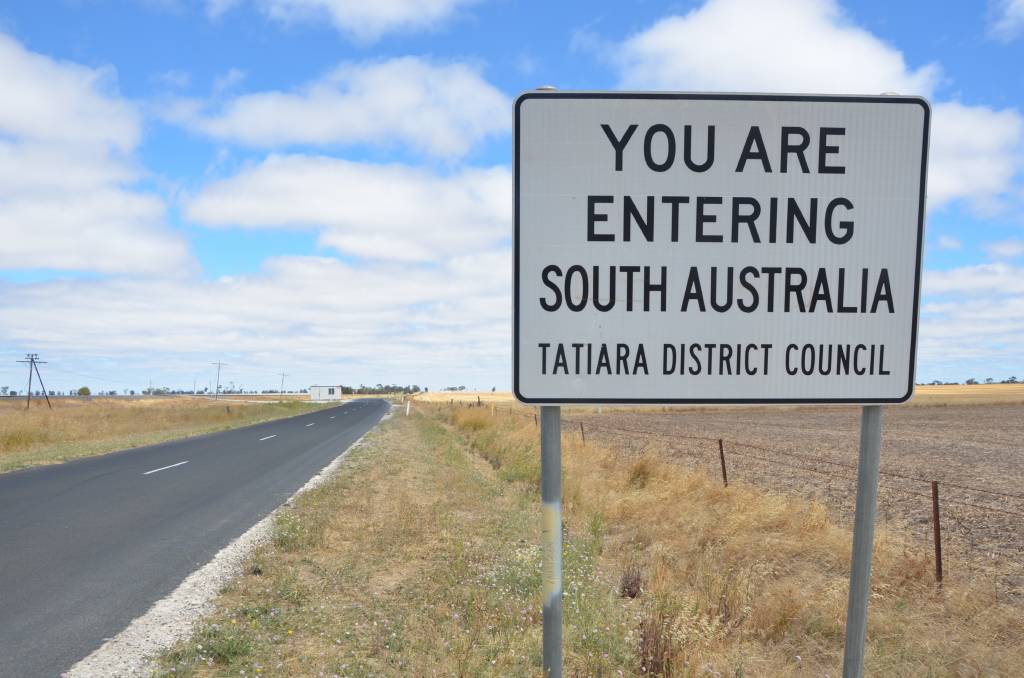 SA-Vic cross-border farmers are currently required to carry one permit to enter SA and a different permit to re-enter Vic which is only valid for 14 days at a time. The Vic government say they are working with SA to re-introduce 'bubble' arrangements.

THE past ten months have been hallmarked by countless COVID-19 tests, changing rules and constant uncertainty for SA-Vic border communities and the hoops they have to jump through to go about their daily lives have shifted once more with the implementation of a permit-based system for travel into Vic.

THE past ten months have been hallmarked by countless COVID-19 tests, changing rules and constant uncertainty for SA-Vic border communities and the hoops they have to jump through to go about their daily lives have shifted once more with the implementation of a permit-based system for travel into Vic.

From last week, those entering Vic have had to apply for a permit to enter the state, with the application also notifying authorities of the COVID-19 risk of the area they have come from on a green, orange and red traffic light ranking.

The validity of those permits only lasts 14 days, meaning SA-Vic cross-border residents have to re-apply every fortnight.

Border residents can keep using their Approved Essential Traveller permits, which were extended to June, to enter SA, but cross-border residents have voiced their frustration at the ever-changing requirements.

Graham Carter, who lives south of Serviceton, Vic, and runs a sheep and cropping enterprise in both Vic and SA, has had 16 COVID-19 tests and is baffled by the inconsistencies between the SA-Vic border rules and the Vic-NSW border requirements, where residents are in a 'bubble' and only have to show their licence to cross the border.

"It seems rather ridiculous that we have a permit to go one way and then another permit to come back the other way, especially when we're in 'green' zones," Mr Carter said.

"If they used a bit of common sense they'd make it the same as NSW where we didn't have to worry about applying for a permit every fortnight.

"Sometimes we have to cross that border three or four times a day and it's just all part of our normal working day and lives."

Mr Carter said periods during the past 10 months had been very stressful for the family, with rules changing regularly and interpretation of rules changing from day to day and person to person.

Bordertown is the family's main hub for agricultural supplies, food shopping, and medical appointments, and Mr Carter said they - and other cross-border residents - felt like pawns in a political game.

"Our local government area has had one case and that was back in March," he said.

"All of the border communities have had very few, if any, cases and yet we have been the ones bearing the brunt of border restrictions."

In a statement from the Department of Health and Human Services Vic, a spokesperson said they had responded to feedback from border communities in creating the specific set of rules for Vic border communities.

"SA border communities will need to use the new permit system," the spokesperson said.

"We're working with the SA government on border bubble arrangements and will have more to say as that work progresses."

The SA government would not comment on Vic's decision to allow a cross-border bubble with NSW, but not SA.

"SA still have the cross-border forms with Vic but there are no other restrictions," a spokesperson said.

THE Vic government's decision to implement a permit-based border crossing system on the SA border, while NSW-Vic cross-border residents have a travel bubble, is ridiculous, according to Serviceton, Vic, resident and cross-border farmer Brenton Wallis.

Mr Wallis said the previous bubble arrangement, whereby cross-border residents could show their licence at the border and travel up to 70 kilometres each side, had worked and was unsure why the Vic government had abandoned the idea.

"The permits we've got to come back into Vic only last two weeks so we have to re-apply every two weeks," he said.

"It's bizarre because those on the NSW-Vic border, which is orange under the government's traffic light system, have a bubble so they don't have to apply for a permit if they live within a certain distance of that border and only have to show their licence."

Mr Wallis - who has had 17 COVID-19 tests to continue running his family's sheep and cropping enterprise - currently has to carry an Approved Essential Traveller permit to enter SA, which is valid until July, and a separate permit to re-enter Vic.

Mr Wallis said the family had coped reasonably well in spite of the changing border restrictions, with the most challenging period occurring when Vic implemented a hard border lockdown with SA in November.

"We all applied for permits to get across under their criteria," he said.

"I got one, but nobody else could."