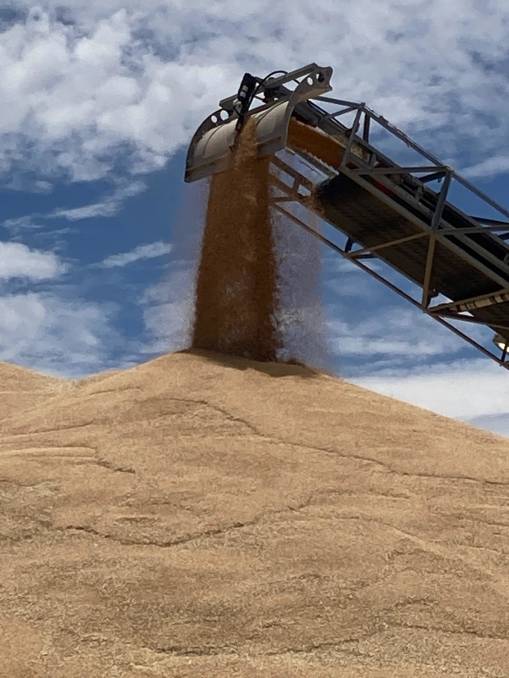 There were some surprises to emerge from the latest US Department of Agriculture world grain supply and demand report.

It was quite an explosive chapter in global grain markets last week.

This was initially sparked by the release of the latest US Department of Agriculture (USDA) worldwide supply and demand numbers on Tuesday, and then fueled by talk of higher Russian wheat export taxes and the ongoing dryness in South America - which is raising row crop production concerns for Brazil and Argentina.

The markets may have traded sideways leading into the release of the January World Agricultural Supply and Demand Estimates (WASDE), but the screens very quickly turned to a sea of green with bullish news across the board sending futures market participants into a buying frenzy.

Perhaps the biggest surprise was corn.

The USDA report authors made a small cut to US opening stocks for the 2020-21 season, but they took a scythe to the average corn yield for the recently completed harvest - slashing this from 11.035 tonnes per hectare in November to 10.795t/ha this month.

A yield drop of 0.24t/ha may not seem a lot, but it is the biggest ever November to December reduction in US corn yield.

And when it is spread over 33.4 million harvested hectares, it equates to an 8.2 million tonnes decline in US production.

Of course, with lower production comes the need to ration demand and the USDA made random cuts to the US, Mexican, European Union, North African and Asian requirements - seemingly just to make the balance sheet balance.

The interesting thing here was that almost the entire reduction in exports was taken out of the US, which currently has the cheapest corn in the world and its export pace is running at record highs.

How quickly things can change.

What was the US going to do with all of that corn?

Wind the clock forward seven months, and the forecast for US ending stocks has more than halved to 1.552bbu - or 39.4 million tonnes. Most in the trade expect it to be lower again next month.

The USDA still has some work to do on Chinese corn numbers, as the current pace of vessel arrivals - plus forward purchases - suggests that imports will be well above the USDA's figure of 17.5 million tonnes.

On the soybean front, the USDA lowered global production by 3 million tonnes.

But the USDA report authors buried their heads in the sand in regards to Brazil, leaving its soybean crop unchanged at 133 million tonnes.

Some private forecasters have that number as low as 128 million tonnes - with a downward bias.

The pace of exports, primarily on the back of Chinese demand, means the US balance sheet is exceptionally tight.

This dramatically increases the importance of South American production, as there is almost zero ability for the US to cover any loss in production south of the equator.

China's imports were left unchanged at 100 million tonnes, despite the current pace suggesting it should be about 4 million tonnes higher.

This allowed the USDA to add only 0.8 million tonnes to US exports, even though current shipping and sales data argue for a significantly higher figure.

But with fumes to play with, how does the USDA increase US exports?

The wheat argument on its own is not a wildly bullish story at the moment.

But when you add the tightening corn scenario and Russian political intervention, it is difficult to see too much downside in the short term.

The big surprise was leaving Australia untouched at 30 million tonnes, despite some local analysts now having the crop at 35 million tonnes - or even higher.

Partially offsetting these declines was 0.5 million tonnes added to both the Canadian and EU export numbers.

On Friday, the Russian Minister of Economy announced that the government would adopt a recommendation by a tariff subcommittee to double the proposed wheat export tax from March 1 to June 30.

The government has also stated that the export taxes are likely to remain in place beyond June 30, but under a formula-based system that was set by government decree back in August of 2013 and never cancelled.

This mechanism was last used in 2016, but it was zeroed on September 23 that year and has been running at that level ever since.

In late December, leading agriculture consultancy SovEcon reduced its Russian wheat export forecast by 4.5 million tonnes to 36.3 million tonnes - based on the expectation that farmers would delay sales until July 2021 when the export quota and tax programs expired.

With the prospect of the tax continuing into the new season, SovEcon is now saying that exports could be as high as 37-38 million tonnes, as extending the tax has removed the incentive for growers to carry the grain into new crop.

Their propensity to sell will also be shaped by the condition of the new crop when it emerges from dormancy in the spring.

This news magnifies the importance and ramifications for global wheat tenders, most notably from Egypt's General Authority For Supply Commodities (GASC) - which we saw first-hand last week.

On Monday, the GASC announced a tender for February 18 to March 5 shipment and it passed after only receiving four offers.

The lowest was Romanian at US$292.97/t free on board (FOB), followed by two French offers.

The fourth offer was Russian origin, but it was well off the pace at US$315/t FOB.

To put this in perspective, the last time GASC tendered for wheat was December 15 and the lowest FOB offer was Romanian at US$270.96/t.

The lowest Russian offer was US$285/t FOB, which means that Russian export prices have rallied US$30/t in less than a month.

Effectively, the tax has increased export values rather than reducing domestic prices.

What will happen to offers when the revised export tax and quota programs take effect in February and March?

European Union inventories are tight on the back of a smaller crop and unprecedented Chinese demand, which is likely to keep prices high.

This could push global demand to the US (supportive of futures), Canada and Australia in coming months and, potentially into the third quarter, new crop Black Sea slot.