Joe and Sally Keynes' 200-hectare property on the Crower Road just south of Avenue Range barely has a spot of unburnt ground after the Blackford blaze earlier this week but remarkably two thirds of their livestock have survived. 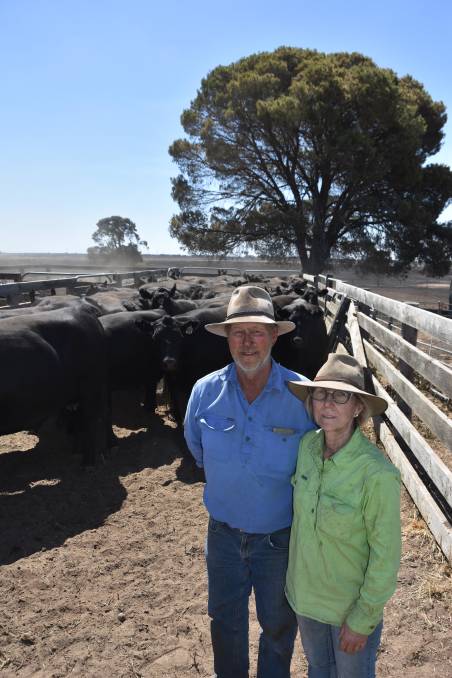 Joe and Sally Keynes' 200-hectare property on the Crower Road just south of Avenue Range barely has a spot of unburnt ground after the Blackford blaze earlier this week but remarkably two thirds of their livestock have survived.

Mr Keynes - who is also Livestock SA president - was tagging a few steers in the yards to be trucked on Monday and watched the smoke grow thicker during the morning.

When the fire front hit he tried to defend the property but was forced to retreat to a neighbour's place, escaping with a singed face.

The 70 Angus cows and calves which he had moved to a race near the yards before the fire were not impacted and have gone on agistment, along with the 35 steers, but the Keynes family -who also own Keyneton Station in the Barossa Valley - had to destroy about half of their 180 sheep.

They also lost about 150 big square hay bales and an uninhabited house.

"The fences may be standing but the wires have been burnt . We think the (insurance) assessor will write them off," Mr Keynes said.

"There will be some people here that will be a lot worse off than us, at least we have somewhere else to go," Mrs Keynes added.

He was also keen to hear from any farmers in the area who were still without a landline phone.

"Telstra has restored mobile reception but we need people in the fire area to check their landlines and if they are not working give us a call from their mobiles so we can put in a bulk report to Telstra," he said.