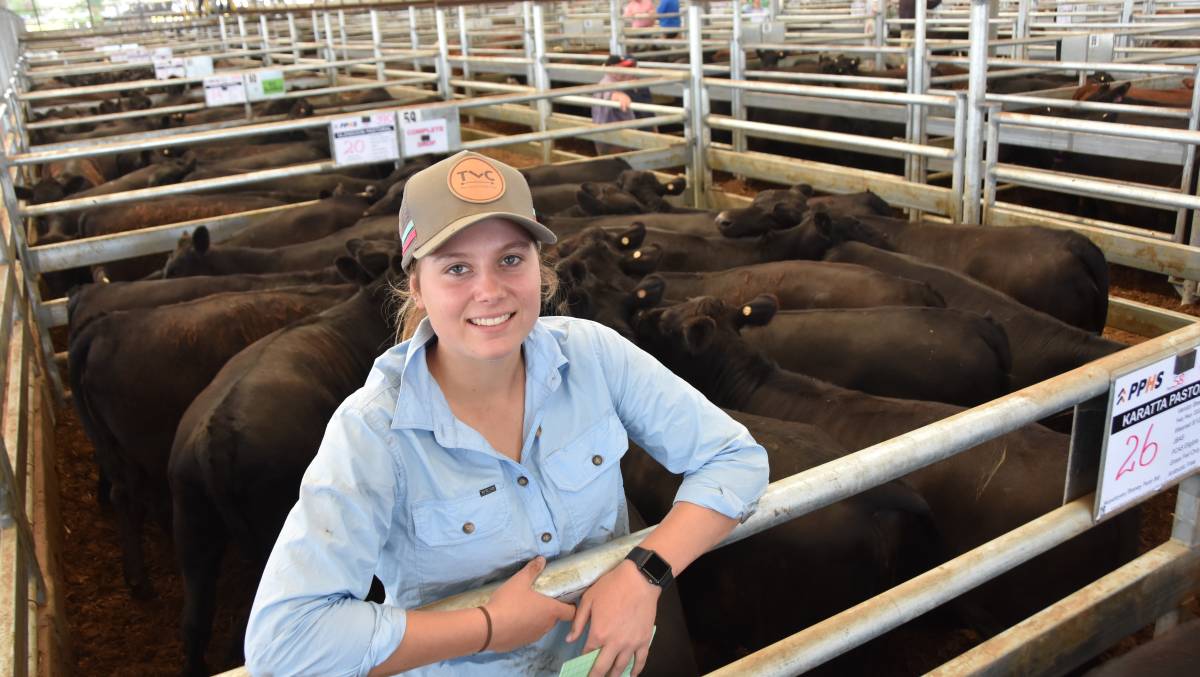 The 389.4kg, March-April drops were bought for $4.68/kg by Nampara Pastoral Company through Elders Mount Gambier.

Nampara secured 100 heifers to be mated to their Angus bulls and re-offered as pregnancy tested in calf heifers next year.

They were also successful on the heaviest pen in the complete drop from Glendoon Pastoral Co, Binnum.

Also selling their complete drop of Angus and adding to the exceptional quality of the yarding was RJ,JE, AB&CA Smith, Joanna.

The two-day weaner sale was interfaced with AuctionsPlus and while bids were few and far between on the steers the previous day there was plenty of quick fire bidding on heifers.

AuctionsPlus bid on 54 per cent of the yarding and secured 199 head with their 206 bids for NSW and SA buyers.

PPHS Penola-based agent Ashley Braun said prices were 30-40c/kg above expectation with heavy heifer rates only 10c/kg behind steer rates the previous day and an even smaller difference on lighter weight heifers.

Mr Braun said it was difficult to predict if the market was near its peak or whether this was the "new normal" driven by grass fever.

"There are plenty saying it doesn't matter how many come out of the south it will not be enough to fill the north, while there are big rains and the grass is growing away they will keep looking for cattle," he said.

There was always going to be a shortage of cows at some stage, it is good to see the breeders having their turn again. - Ashley Braun

"I'm not saying it was bound to happen but you could see the writing on the wall five or six years ago when everyone was getting out of cows and calves and going into trading.

"There was always going to be a shortage of cows at some stage, it is good to see the breeders having their turn again."

He expected another large yarding for the next Naracoorte weaner sales in a fortnight's time on January 21 and 22.

"Normally we've got blokes who take a draft of their steers off and leave a few behind to grow out but a lot of people are saying if the bottom end can make $1400-$1500 we're better to sell the lot," he said.