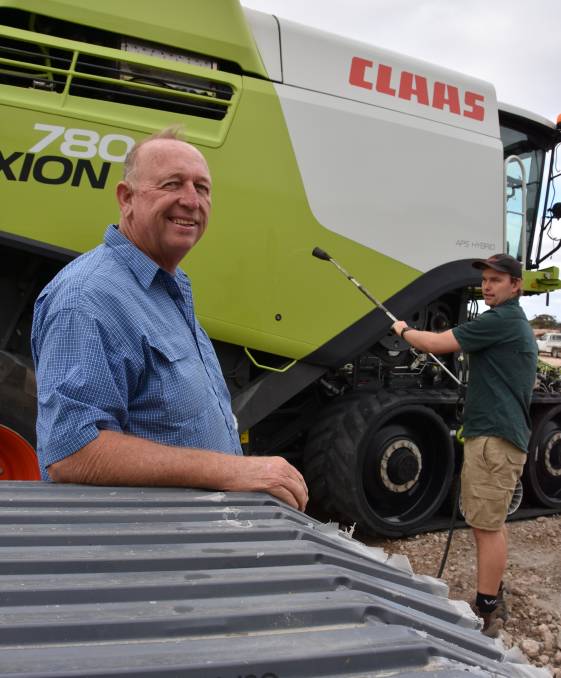 AS THE 2020-21 harvest comes to a close across most of the state, many growers and grain handlers are celebrating average to above-average yield and receival figures from a growing season laced with uncertainty caused by a dry winter and a global pandemic.

Down on the lower Yorke Peninsula, the Collins family at Corny Point finished harvest on Wednesday last week, reporting an above-average season - in both rainfall and yields - despite frost taking the shine of some crops.

It was also a much earlier finish than normal after enlisting a second harvester.

The season has been above-average, after 460 millimetres of rainfall, mainly during the growing season.

RELATED READING:Receivals stack up as SA harvest winds down

But a frost in late September did take the shine off good-looking wheat crops.

"The crops were looking amazing, but the frost halved yields on a block that was frost-affected the year before," Rodger said.

"It is unusual to get frosts here being on the coast."

The good spring rain also brought up weeds, particularly ryegrass, which Michael said they tried to manage with 'weed wiping' their lentils in October and a chaff cart behind the header.

The contracting of a second header is now being considered as a permanent fixture, to get the crops off quick before potentially damaging winds.

"It does get pretty windy down here," Rodger said.

But for now, the header is getting a wash and will be packed away, before thoughts of summer spraying and snail control begins.