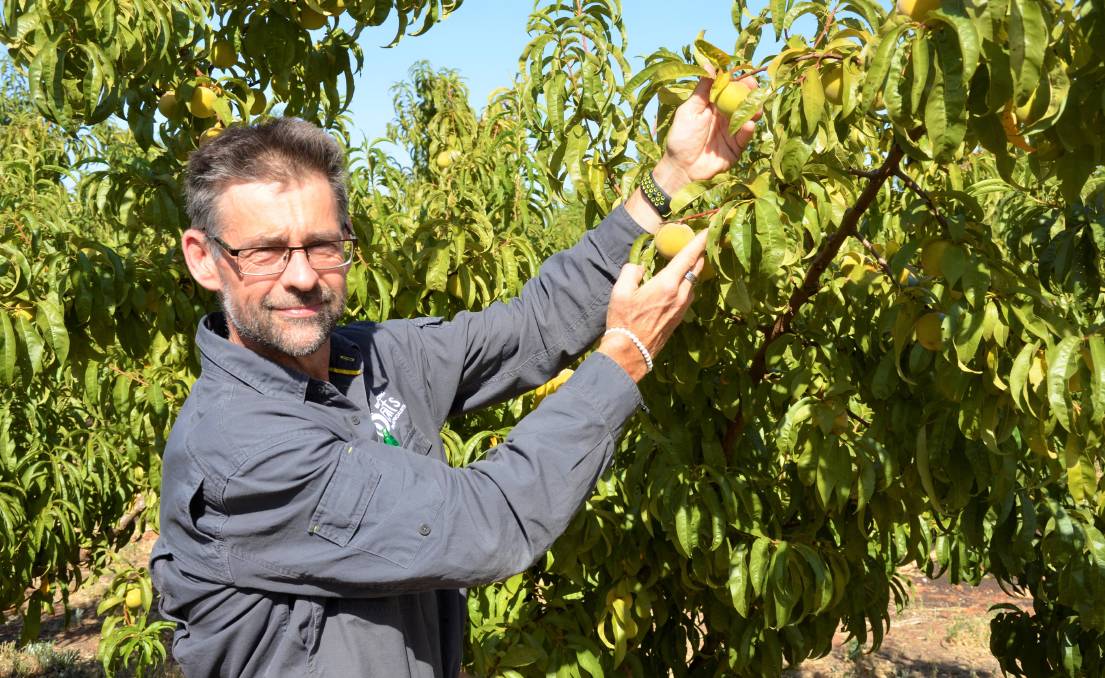 The first, in Renmark West, was detected just prior to Christmas, while the second was identified at Monash a week later, with larvae discovered in backyard fruit trees.

Biosecurity SA has installed a 1.5-kilometre outbreak area at each site, as well as 15km suspension areas, which cover large parts of the fruit-growing region.

Biosecurity SA plant and health operations manager Nick Secomb said while it was something of a surprise to have these outbreaks in the Riverland, they had also spent a lot of time making plans and preparing for this kind of situation.

He said government representatives had been meeting with growers to speak through their options, with a range of support available.

Mr Secomb said growers within the outbreak or suspension areas would have to apply treatments to their produce, with the options varying depending on what fruit is grown.

"Some methods, such as in-field treatments, should be picked up fairly easily," he said.

"Something like fumigation or cold storage are new treatments and we are working on getting something established."

Mr Secomb said among the support available was a market access team at the Loxton Research Centre, with inspectors able to work one-on-one with growers to determine suitable treatments, as well as a 30-person team, also based at Loxton, going out and applying treatments to fruit trees at no cost to growers.

He said there was also more information on the PIRSA website and a dedicated hotline for commercial growers.

Mr Secomb said they were still asking questions about how the outbreak could have occurred and what links might be between the two sites.

"We know we can only get fruit fly come into SA on infected fruit," he said.

"They can't fly or come into SA any other way."

While the Yamba fruit checkpoint on the SA/Vic border already had a zero-tolerance approach to bringing fruit and vegetables into the state, he said there could also be a review of its operations.

Mr Secomb said the area would return to its previous pest-free area status 12 weeks after the last detection, which at this point was March 15 for Renmark West and March 22 at Monash.

"If we can eradicate it as quickly as possible, we can go back to normal," he said.

Mr Secomb said there were no plans for Biosecurity SA to scale down its activities in the coming weeks.

"We expect to be as busy as we right now through to the end of March," he said.

"There is a need for lots of advice for people."

Summerfruits SA chair Jason Size said the impact to growers would vary depending on the fruit.

He grows stonefruits at his family's orchard at Bookpurnong, which is within the Monash suspension area.

Mr Size said he would need to apply a treatment, which would likely happen at the packing shed.

But this was an additional job at a time when labour was already in short supply.

"We definitely didn't need this at this time," he said.

"It just adds another set of work when getting the crop off."

Mr Size said there had been good support from Biosecurity SA and he urged any growers dealing with them to be upfront and clear about what they need.

So far, he had not heard of any concerns raised by his markets about the outbreak.

"Hopefully the fact we've acted quickly is a positive sign," he said.

Mr Size said fruit fly was a concern and something they had no intention of living with long-term.

"We've been really proactive as an industry to try and engage the community to be vigilant about fruit fly," he said.

Mr Secomb agreed the response from industry and Biosecurity SA should be something commended by potential markets.

"It highlights how good our detection is because we caught it early," he said.

"It shows how strong our system is in terms of how quickly we've responded."