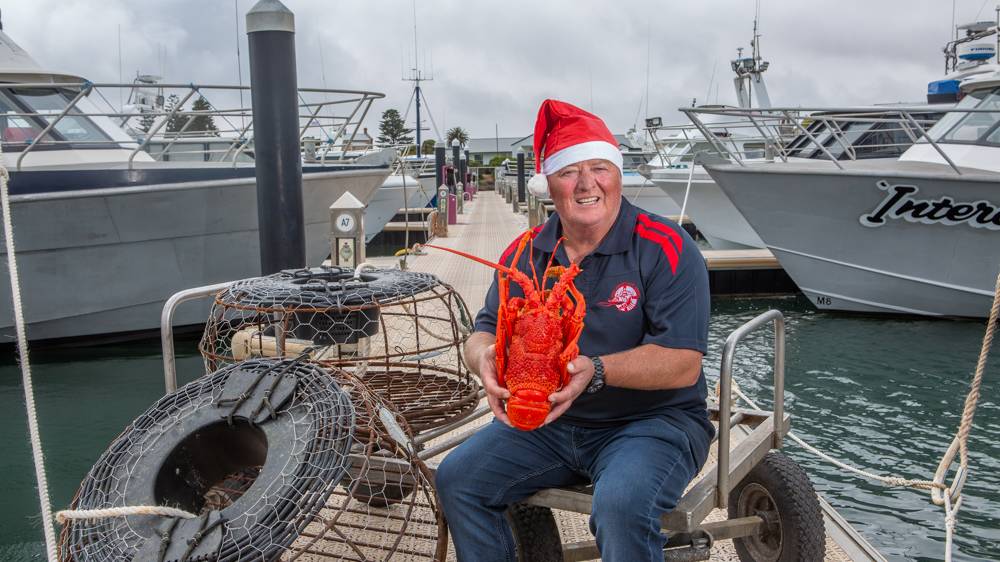 Robe fisherman Dean "Woody" Woodward says it is fantastic to see how the domestic market has stepped up to buy lobster, although the cheaper prices will hit the industry hard. Photo: Jacqui Bateman

Rock lobster prices have nearly halved in the past eight weeks but there is some hope for the industry with local demand soaring, including many households keen to put a crayfish on their Christmas table.

ROCK lobster prices have nearly halved in the past eight weeks since our biggest market, China shut the door on live imports of the prized crustacean

This has left the nation's $800-million rock lobster industry reeling, but in the past few weeks there has been some hope with local demand soaring.

The growing local appetite for the seafood delicacy - albeit at much lower prices than China was paying - has at least bought the industry time to find new markets. Much of the fishing fleet is now back on the water.

Exporters have scrambled to partner with supermarkets to get more lobster on tables this festive season, and consumers have responded. Coles and Woolworths have even had to introduce limits of four lobsters per person.

Sky Seafoods managing director and Robe-based exporter Andrew Lawrie says the present situation is still the worst in his nearly 40 years in business.

He says the industry is in "survival mode", fishing to pay wages rather than making a profit, but he is confident Australia will weather the storm with growing local demand and small tonnages heading to Japan, Taiwan, South Korea, Malaysia and Singapore. 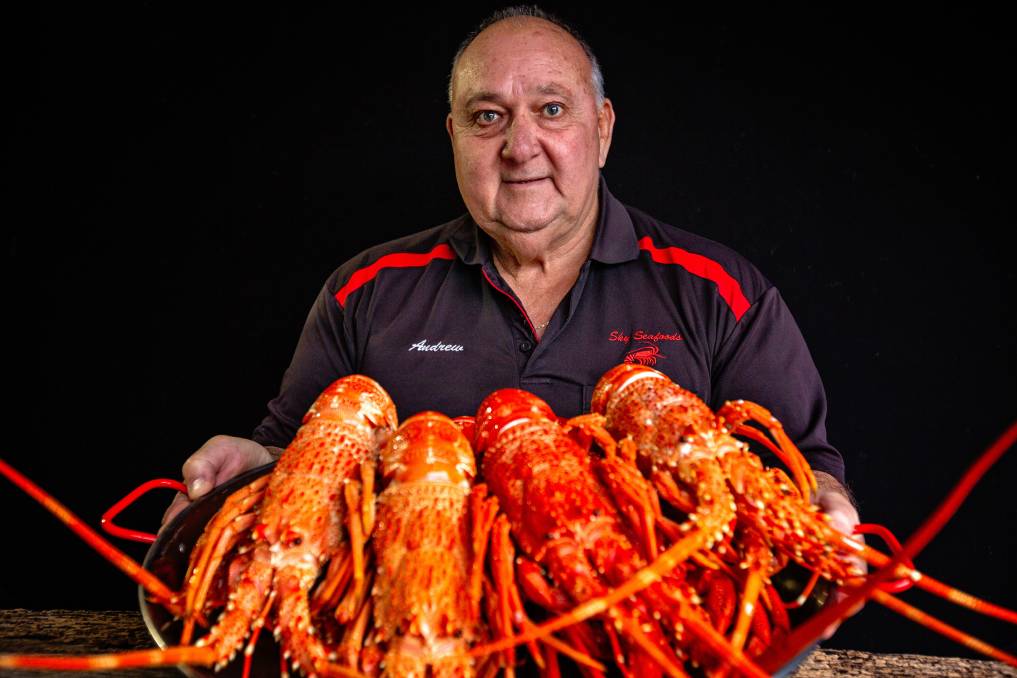 "Prices are back $30 a kilogram to $40/kg on last year, so local demand is very good but we still haven't been able to have all our fishers out at once or we would flood the market," he said.

"A lot of people will be able to afford to put lobster on the table this Christmas and this year prawns have taken a big hike and are about as expensive as a small lobster."

Mr Lawrie said it was fortunate the season had opened a fortnight earlier than usual, in mid-September, to make up for the COVID-19 lockdown in March.

"The early price was better than we expected and we had 40pc of the quota by mid-October before we were closed down," he said.

But there was still a lot of quota to find a home for with the catch 14,000 tonnes a year, including the WA market.

They won't go for long without our rock lobster, which is the best in the world. - ANDREW LAWRIE

Mr Lawrie is not expecting China to make a return this season, despite New Zealand lobster - where China has ramped up exports from - ending its season in mid-January, but he is confident China will be back.

"They won't go for long without our rock lobster, which is the best in the world," he said.

Robe fisherman Dean "Woody" Woodward says it is the biggest disruption in his 44 years fishing, but says it is fantastic how local demand has lifted.

"Everyone is trying to have them on the table for Christmas, not just because they are cheaper but also to support us," he said. "We are really primary producers like farmers, it is just that we farm the sea and we are at the mercy of markets too."

His boat, the Dajana, has been moored for the past two months but he plans to head back on the waters early next year.

The value of the industry has halved in the past eight weeks, with China - which took more than 95 per cent of the catch - slapping a trade ban on lobster.

"China was a live market and we are still selling some live into other overseas markets, but predominately in the domestic market, the product is fresh cooked, frozen cooked or frozen uncooked, which all take more effort and costs," he said.

But he says the LCFC's 39 members are grateful for the support from retailers across the SE and even fellow co-operative Barossa Fresh Foodland, which have taken strong orders for their lobster for Christmas.

Last week LCFC opened a new retail outlet, The Lobster Pot, near the Beachport jetty and Mr Phillips says this will be crucial to capturing summer holiday-makers.

"The discussions we are having at the moment is, where do we find a volume market like China that can also deliver the values we need to be sustainable?" he said.

"This year prices are very favourable and hopefully consumers can get to enjoy the local product," he said.