WITH fire danger season already well under way, the state government has completed just more than half of its bushfire preparation goals set for the 2020-21 summer period. 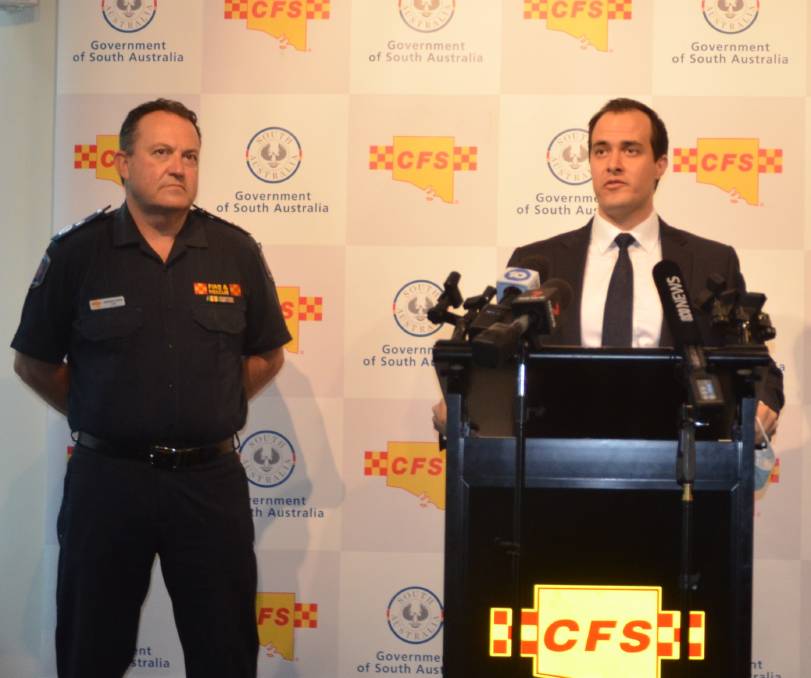 WITH fire danger season already well under way, the state government has completed just more than half of its bushfire preparation goals set for the 2020-21 summer period.

Following the Keelty review of SA's 2019-20 bushfire season, the state government released a comprehensive response to the findings in September, backed by $97.5 million in funding.

The response details five key targets, broken into 27 interim response actions to be undertaken for the coming bushfire season, of which 15 have been completed.

But with the remaining 12 actions progressing and expected to be completed early in 2021, Emergency Services Minister Vincent Tarzia said the roll-out of the bushfire action plan would better equip South Australians for fire emergencies now and in the future.

"The Marshall Liberal government is committed to completing every action item identified in the Keelty Review - we will remain accountable and conduct analysis of our response to the review in September 2021," he said. "Nothing is more important than protecting lives and protecting property."

Nothing is more important than protecting lives and protecting property. - VINCENT TARZIA

Of the 15 completed actions, nine fall under target four: improving information before and after bushfires. These actions involve education the community on hazard reduction and fuel reduction strategies, insurance options, and the role of places of last resort.

As part of target one, which focuses on equipment provision for firefighting efforts, 32 of 49 trucks have been retrofitted with burnover protection systems, with the remainder set to be fitted by the end of the month.

Twenty-five new trucks have been delivered to brigades across the state, while the 55 SA Country Fire Service groups have each been provided with a thermal imaging camera.

Firefighting vehicles have begun to be equipped with Automatic Vehicle Location capabilities, but emergency services spokesperson Lee Odenwalder said the decision to roll-out field trials of AVL capabilities was insufficient.

"The government has instead opted for a trial over this summer, and have never properly explained why interstate models could not be adopted here," he said.

"This technology should have been rolled out by now, and its delay could cost lives."

The CFS is the lead agency directing the creation of a new SBMP, with the 2010 SBMP considered incomplete and outdated.

CFS has confirmed that the updated plan is presently in draft format, and will undergo further work to "ensure the plan is contemporary, relevant and meets legislative requirements".

Expected to be completed in time for the 2021-22 fire season, the new SBMP will have a greater focus on the effects of climate change, and will capture findings from the Keelty bushfire review, and any relevant Royal Commission recommendations.

The state government's response details a further 42 long-term actions, and while some work on these actions has began, the primary focus to-date has been on the 27 interim response actions.

One of these longer-term actions includes the development of minimum standards of personal protective equipment for those using farm firefighting units, and incorporation of accredited FFUs into the CFS database.

The latest seasonal bushfire outlook has revealed that early spring rainfall in SA - which led to increased grass growth in many areas - has now been offset by the return of warm and dry weather.

Released earlier this month, the Bushfire and Natural Hazards Cooperative Research Centre's Australian Seasonal Bushfire Outlook: December 2020 - February 2021 also said the state was in an improved position in terms of present Soil Dryness Index figures, which are below the five-year average at the majority of monitoring sites.

Despite this, an elevated risk of thunderstorms and dry lightning could increase the number of fires experienced during the rest of the fire season.