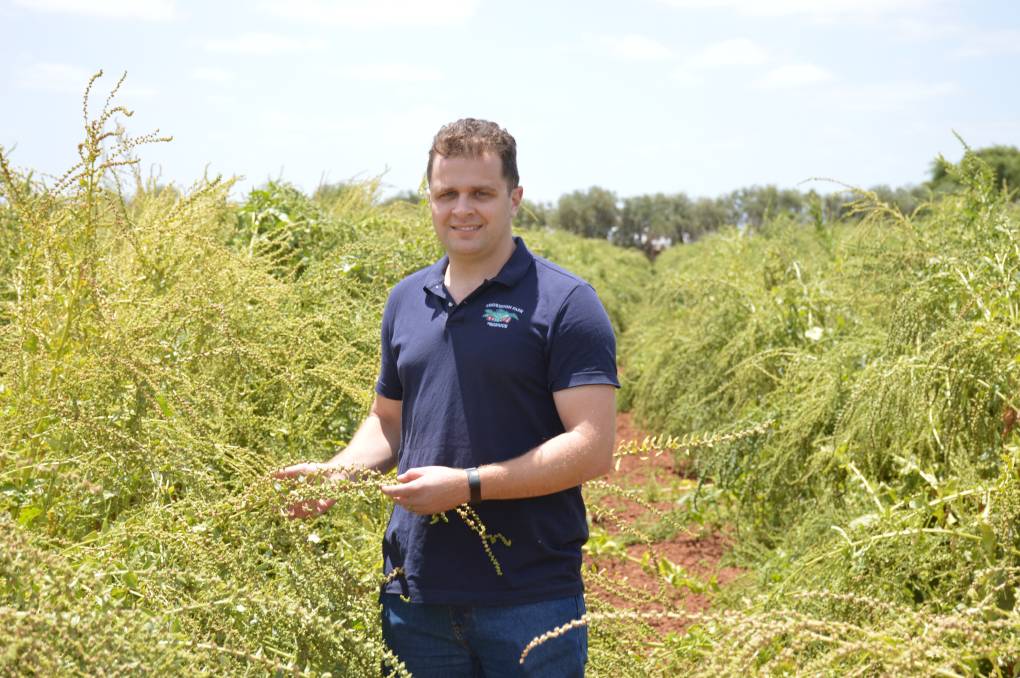 SEED FOR GROWTH: Anthony de Ieso, Thorndon Park Produce, at their Waterloo Corner base with some spinach that will be harvested for seed.

Fourth-generation vegetable grower Anthony de Ieso, Thorndon Park Produce, has come up with a win-win-win situation, with his Feed the Need program.

Fourth-generation vegetable grower Anthony de Ieso, Thorndon Park Produce, has come up with a win-win-win situation, with his Feed the Need program.

Through it, he is helping shore up the future of his industry, improving his own skills to support his family's business, and donating food to those in need.

The project involves working with tertiary level students to grow a vegetable crop, which is then harvested and donated to hunger relief charity Foodbank.

While the students get the chance to "get their hands dirty" throughout the process of planting and harvesting the crop, the more important side, Anthony says, is the networks and connections they can form during the program's networking events.

The origins of the idea came about in 2018, when he teamed up with colleagues in Adelaide and Qld, to run an education program Seed to Sale, aimed at encouraging young people to come into the vegetable industry.

"It ran very well and it sparked a passion to continue looking at new ways of getting new people into the industry," he said.

Then in 2019, while studying a Masterclass in Horticulture Business, through the University of Tas, he "took a risk" for his final project.

"We were asked to think of a business plan to implement in our business to take it to the next level," he said.

"It would have been easy to to talk about finding a new seed and marketing it, but the real issue we have is that the average age of vegetable growers is 56."

Instead, he developed a project to help out young people starting in the industry by teaching them more about what he does, while also giving back to the community.

But he says it also has benefits for his business, not just through connecting with potential new employees, but also by the skills he picks up.

"I learn to grow a new crop and maintain that to harvest as cheaply as possible, trying to keep it cost neutral," he said.

His family business usually focuses on "bunch lines", such as silverbeet, spring onions and kale, while the program grows "one cut" crops like cabbage and cauliflower. 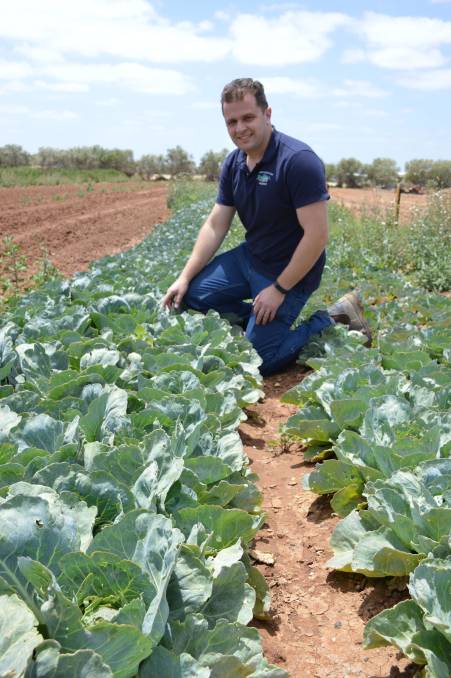 READY PRODUCE: Anthony de Ieso in the Feed the Need program cabbages prior to harvest.

After learning about cauliflower last year through the program, Thorndon Park Produce is trialling it on a larger scale.

Feed the Need has become a collaborative program across the horticulture industry, with sponsorship in the form of donated seed and fertiliser.

Anthony said there was also good support from industry representatives in meeting with the program participants, which he finds by linking in with the University of Adelaide and tafeSA.

With the advent of COVID-19 in 2020, Anthony has had to change some of his plans, moving away from his original goal of four programs that year - two plantings and two harvests, alongside four networking events.

Instead, he managed to hold a "condensed" version in March, before restrictions, as well as a planting later in the year, with the cabbages harvested without the students this time.

But he maintains contact with the participants through a Facebook group and has been keeping them up-to-date on the crops' progress.

"We haven't been able to do everything we wanted, but we were still able to get 12 students on-site," he said.

Anthony says industry support has been critical to getting the project to work, even as early on with the Horticulture Masterclass and the Growing Leaders.

"It wouldn't exist without the networks I've made in the industry," he said.

...the real issue we have is that the average age of vegetable growers is 56. - ANTHONY de IESO

Anthony himself returned to the family-run business about seven years ago, after first trying his hand at a few other options, including operating a childcare centre.

In recent years, he has worked to grow the business and support his industry.

In 2019, he represented SA as a finalist in the Young Grower of the Year in horticulture's National Awards for Excellence, then earlier this year was named a Community & People regional award winner in the Syngenta Growth awards.

Anthony is in his second year of sitting on the pre-farmgate strategic investment advisory panel through Hort Innovation, providing input as a grower representative on the vegetable levy.

He is also an active participant in grower trials on their property, helping develop new varieties and growing methods.

RELATED:SA grower may prove pick of the bunch

Anthony said these trials were important for the business, give them some insight into new options, but also help to expand his networks.

"Even if the trial doesn't work out, you always meet new people, which may help down the line," he said.

Anthony is also part of a younger generation of growers, using new technology to share information, including a Whatsapp group, while he hosts a YouTube channel where he shares trial results with a wider audience.