CHRISTMAS came early for many annual sellers at the Naracoorte combined agents' first weaner sale for the season with most calves making $1500 to $1800 a head. 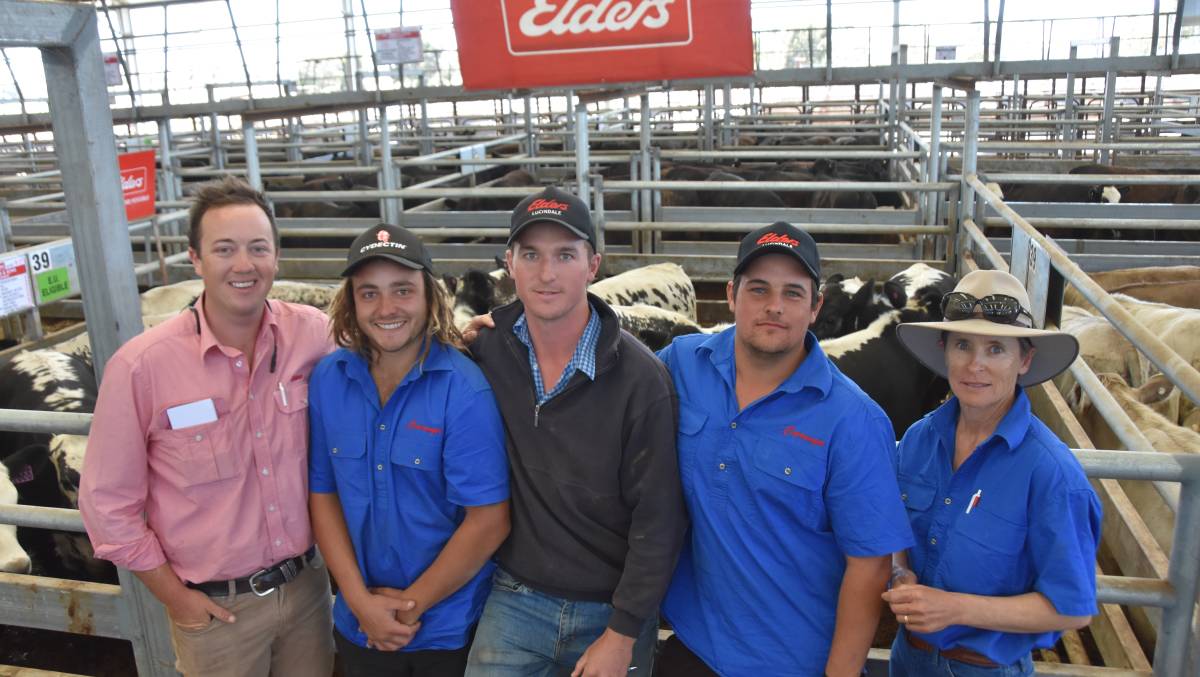 CHRISTMAS came early for many annual sellers at the Naracoorte combined agents' first weaner sale for the season last Thursday, with most calves making $1500 to $1800 a head.

The big crowd included about five feedlotters, as well as orders from backgrounders from as far afield as Bathurst and Albury in NSW and the Vic Gippsland.

Interstate buying was limited though due to the heavy weights in many of the weaners.

Lighter weight cattle in the dirt pens made beyond $5/kg.

The first pen of the sale offered by DJ Kuchel, Culburra, set a high benchmark and remained the sale's highest price.

The 485kg Lancaster Black Simmental bloods, which were February/March 2020-drops, were knocked down to J&F Australia (JBS's feeder order) for $1900.

Their three pens of JAD blood Speckle Park steers caught the eye of many in the gallery with 18 of these 409kg steers notching up the $1840 high of Cooranga's draft.

Not far behind Cooranga's top Angus pen of 45 Pathfinder and Cooranga blds,which weighed 424kg, made $1830.

Both these pens were snapped up by J&F.

LS Johnson & Son, Naracoorte, also had plenty of weight and breeding in the calves from their Springbank property.

Their 22 Simmental/Hereford-Angus which weighed 403kg made $1760 to Elders Mildura, while edging them out on weight was the top pen of Simmental-Herefords. 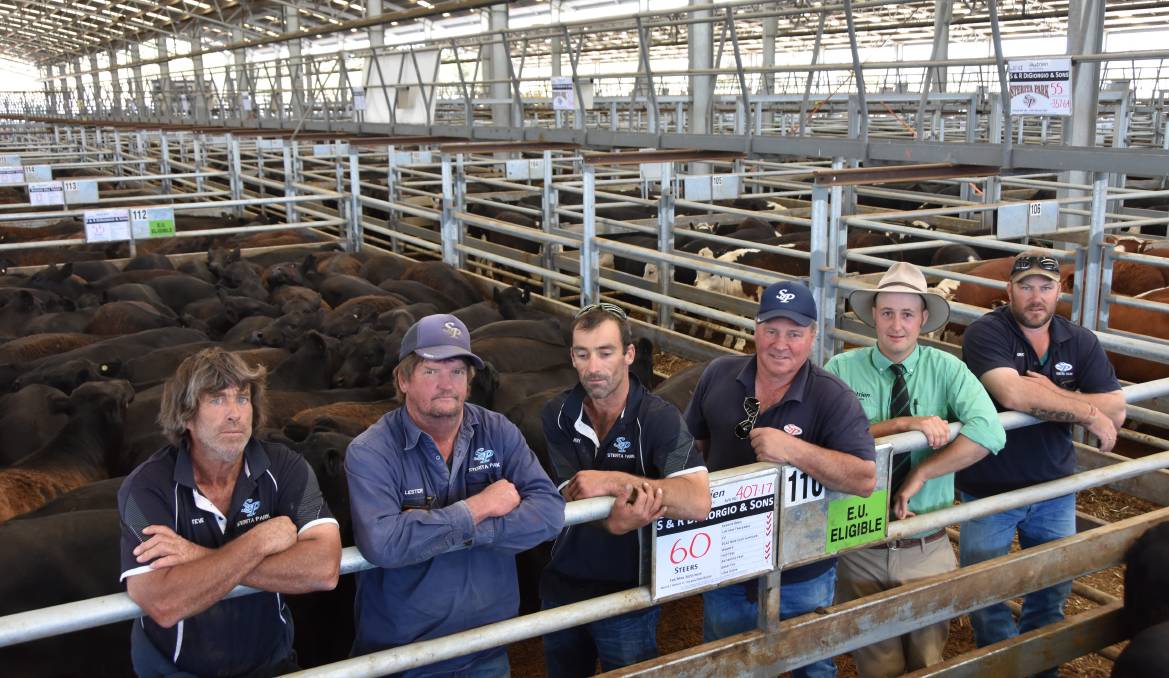 Buyers were also clambering on the rail for S&R DiGiorgio & Sons' annual draft of 600 Sterita Park bld Angus which averaged $1638.

For the second year in a row, Thomas Foods International snapped up most of the EU-accredited, February/March 2020 drops from DiGiorgios, including seven consecutive pens.

Nanni DiGiorgio was rapt with the unprecedented returns with their overall average more than $400 a head in front of 2019.

"You have to be happy with these prices, it caps off a good season," he said.

"As long as guys buying them can justify these prices- we need everyone to get a bit along the way to make it sustainable."

Nutrien Ag Solutions Naracoorte livestock manager Brendan Fitzgerald said prices were "where he hoped they would be" although they lacked the "dearness of (sales) up north".

Mr Fitzgerald said there was still confidence in the cattle market despite it "coming off dizzying heights" in recent weeks.

"It has a bit of room to move and can come off and still be very good, although a farmer may not like to hear that," he said.

"As the season heads into Christmas there may be a bit of a comeback but after Christmas it is anyone's guess."

Mr Fitzgerald had high praise for the yarding and said the cattle had really gone ahead since good spring rains.

"The quality of the calves just keeps getting better and better (each year), it is a credit to the breeders," he said.

P&K Bryson, Keppoch, also had an outstanding run of 277 March/April 2020 drop, Bull Oak Well bld Angus which had been weaned for a month.

Mr Harvie noted a $50 to $80/hd premium for weaned calves and a "slight premium" on EU cattle, which made up nearly 65 per cent of the yarding.

"Weight was the biggest issue with not many calves under 300kg. A lot of calves were in the 340kg to 420kg range so NSW was really only on the light weight calves," he said.