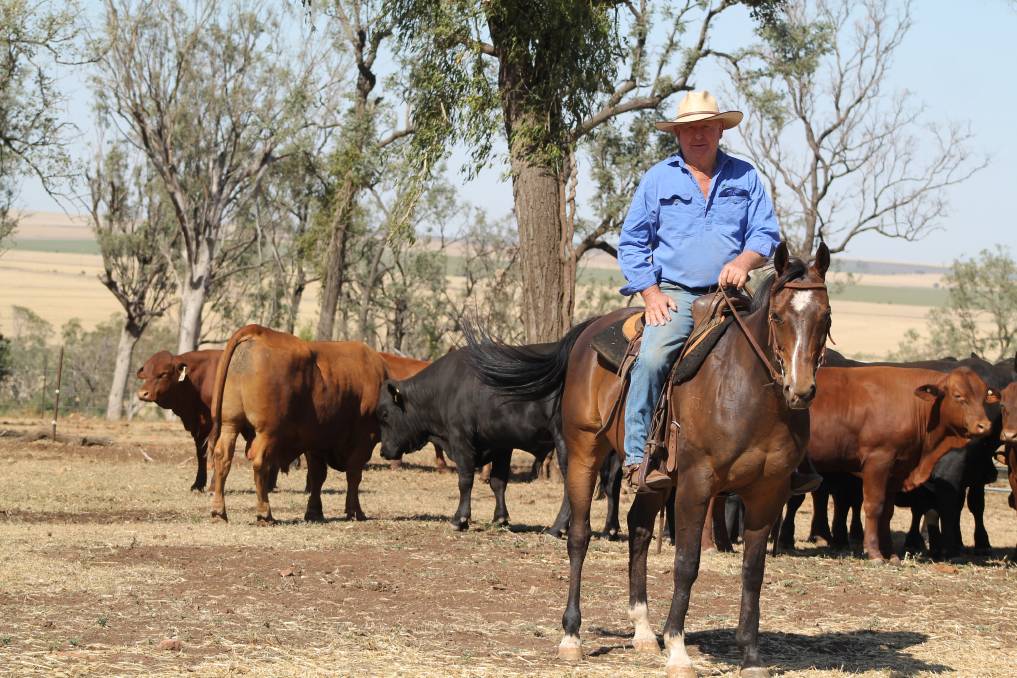 Tony Baker, Yallaroi, worked with livestock all his life before contracting Q-fever in 2018 and now wishes he had been vaccinated against the bacterial disease. Photo: Shannon Baker

Livestock handlers wish they had the Q-fever vaccine

With so much discussion about vaccine focused on beating COVID-19, it might be timely to consider the real risks of Q fever, transmitted by livestock to human.

Query fever was first identified in Australia in 1935, several years before it was noticed in the US, caused by infection with the Coxiella burnettiiis, a bacteria which survives in the soil and can be blown long distances a risk to the regional population with 450 cases a year.

A Sydney University study has already found 40 per cent of people in groups recommended for vaccination knew about the Q fever vaccine, and only 10pc of people in these high-risk groups were vaccinated.

Senepol breeder Tony Baker, Yallaroi, has been working with livestock all his life and always considered himself exposed to the bacterial disease.

"I've pulled calves without gloves, same as I've dressed sheep, for years, and never had a problem."

However, a pair of two-day dust storms coming a week apart at the beginning of the drought in 2018 triggered something and now the recurring flu-like disease gives him the sweats and shakes and pounding headaches from behind the eyes. Hot days over 40 degrees are particularly unbearable.

"If I had known what I do now I would have got the Q fever vaccine," he says.

Foundation Charolais breeder Peter Clonan, Cobrabald, Gulargambone, contracted Q fever at 82, after a lifetime of working with cattle and in the four years since has struggled to keep fit and stay focused.

"I might have picked it up selling bulls to the top end or in Queensland or I might have got it from a mob of new ewe lambs that were cycling, I'm not sure," he said.

If I had known what I do now I would have got the Q fever vaccine - Tony Baker, Yallaroi

He never considered the disease and never thought much of the vaccine. When he went to hospital for something else he ended up with pneumonia and when the doctors called through to his GP they found he had previously tested positive to Q fever.

The direct effects of the lasting illness has meant infection is now inhibiting a pig heart valve placed in his body two decades prior and specialists aren't real keen on giving him another.

"It's frightening that the infection has invaded the heart valve," he said. "But the doctors reckon they can probably go into the groin and up through a vein to add stints and patch things up."

The federal government is now funding work to develop a Q fever vaccine, with an anticipated availability mid-decade as a result of work carried out at the Australian Rickettsial Reference Laboratory in Geelong, Vic.

The new approach will cut down on the need for a blood test prior to vaccination, and it will be available to all age groups.

"This will eliminate extra costs and time in getting vaccinated, which discourages people from pursuing the protection they need, even though they may be at high risk of exposure," said federal minister for regional health, Mark Coulton, at the funding launch in August.

"This development is exciting and compliments the Government's investment in the existing Q-Vax vaccine, which so many rural Australians, including me, currently rely on."

The early results in the new Q fever vaccine are "very promising".

The $1.87m funding injection from the federal government came at a time when it was already battling the pandemic, and sent a "strong signal" that government was confident in this project.

In a separate federally funded study, researchers will trial the existing Q-Vax vaccine on children aged 10-15, as this cohort were not included in the original trials.

Meanwhile the Department of Primary Industries continues research into a vaccine for livestock to limit abortions caused by the fever. There is a separate project looking at identifying the disease in individual herds using DNA tagging.

Microbiology and Parasitology research officer Ian Marsh, from NSW DPI's Elizabeth Macarthur Agricultural Institute, has said they hoped to build on the knowledge gained from the human vaccine research to develop a commercial vaccine for livestock.

The story Never mind COVID-19, what about Q-fever? first appeared on The Land.