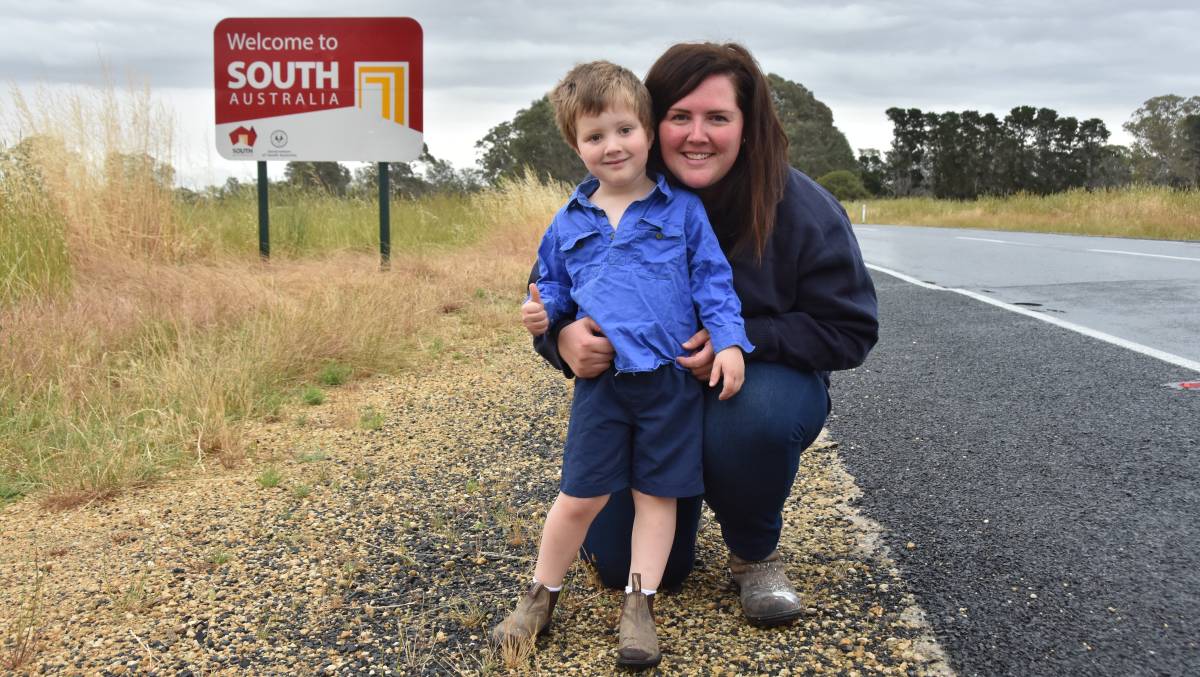 WELCOME BACK: Apsley, Vic, farmer Rebecca Barry and her son Oliver McDonald were excited to freely cross the border on Tuesday to travel to Naracoorte.

Communities along the SA-Vic border are breathing a massive sigh of relief after feeling like they have been stuck in no man's land for the past eight months.

Communities along the SA-Vic border are breathing a massive sigh of relief after feeling like they have been stuck in no man's land for the past eight months.

Since midnight on Monday, all Victorians have been able to enter SA without quarantining for 14 days. They must still complete an online form for contact tracing purposes and pass through a border checkpoint.

Apsley, Vic, farmer Rebecca Barry hopes it will mark "a return to normality" for her family.

Soon after buying their Vic farm - which is about 12 kilometres from the border - in March, the excitement was replaced with despair when the SA government introduced border restrictions.

Most farmers with land on both sides of the border had it in close proximity, but Ms Barry and her partner Matt MacDonald's other farm was on the Yorke Peninsula, which complicated matters.

Never in a million years did we think the borders would be shut in any country, let alone Australia. - Rebecca Barry, Apsley farmer

In August, they took the drastic step of renting a house in Penola so they could state their SA address was within the 50km cross-border zone, meaning they could continue to travel between both farms.

"Never in a million years did we think the borders would be shut in any country, let alone Australia," she said.

"Until this year the border was just an invisible line on the map but we'll never think of it like that again."

Ms Barry says they were never opposed to border closures, but have been frustrated by some of the city-centric decisions made.

She is also disappointed that despite promises by federal Agriculture Minister David Littleproud to adopt a national ag permit, each state continues to have a separate approval process.

"It would have saved so much heartache and made life easier for everyone," she said.

"It is always in the back of our minds that the borders could shut again, so it would be peace of mind to know that ag work is classified as essential by all states."

Ms Barry says her four-year-old son Oliver is looking forward to being able to have some of his SA based kindy friends visit his Vic farm.

"The most frustrating thing was (SA Premier) Steven Marshall has always said the borders will not be shut for a day longer than needed. Last Thursday it was the 28 day mark since Vic's last case so why did he wait an extra four days until Tuesday to open?" 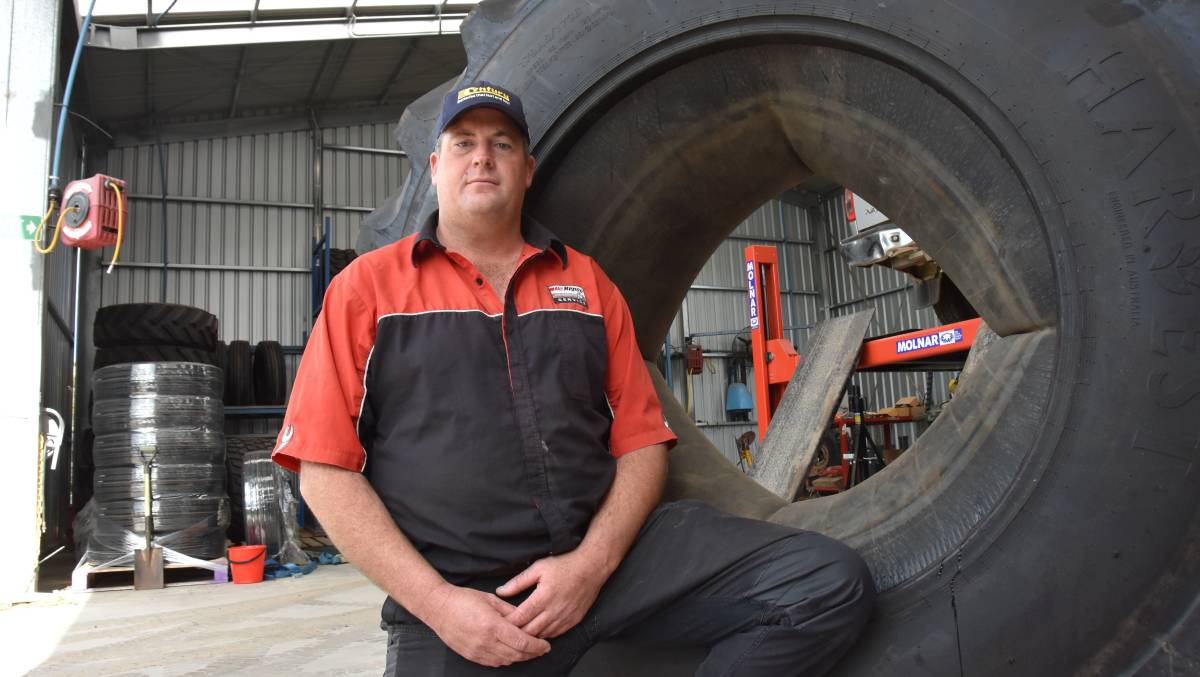 Murrayville resident Synon Peers, who also owns an ag mechanic business in Pinnaroo, welcomes the re-opening of the SA-Vic border but says there could be lengthy delays at checkpoints for locals as the volume of traffic into the state increases.

Murrayville, Vic, resident Synon Peers is also pleased Victorians will be able to travel further into SA now, not just in the 70km cross-border zone, and is planning a trip to Victor Harbor with his family this weekend.

But he says the borders should have been opened "weeks, if not months ago".

He says this is especially so for those in the cross-border community zone who have been having weekly COVID-19 tests for four months with no cases.

"With our Essential Traveller numbers they knew exactly who we were - we were easy to decipher from those from Melbourne who didn't have one," he said.

Mr Peers, who owns Peers Motors in Pinnaroo, also cannot see the point of stopping all traffic and fears there could be lengthy delays at checkpoints with the influx of travellers in coming weeks.

"It has to be costing so much money having more cops on the ground and all the focus is on people from Vic where there haven't been any cases there in more than a month, unlike Adelaide - it doesn't make any sense," he said.

"There will be grain trucks on the road until Christmas with the biggest crop in recent history and there are some of us who could cross the border three or four times a day who will end up stuck in queues with caravans."

SA Police Commissioner Grant Stevens says SAPOL is assessing how it can streamline the entry process.

DUAL CELEBRATION FOR DYERS ON DECEMBER 1

KANIVA, Vic, farmer Jonathan Dyer is relieved to be able to reunite with SA family and friends, but he says it was "jarring" to see a SA tourism advertisement encouraging Victorians to book a holiday in the state so soon after SA had shut them out for months, even for medical attention.

Prior to COVID-19, Mr Dyer and his wife Tiarnee had regular specialist appointments in Adelaide for their 2.5-year-old daughter Mabel, who was born with hip dysplasia, but only after a public campaign during restrictions were they assured by SA Health that they would be granted an exemption to continue to access face-to-face care if needed.

Her appointments in the past six months have all been through telehealth, and on the same day as the SA-Vic border was re-opened, the Dyers received the wonderful news that for the first time in Mabel's life, she will no longer need to sleep in a brace.

Mr Dyer says there are many lessons to be learned but he really hopes SA Health will make any future border restriction decisions on "evidence of risk", rather than pandering to unfounded community fears.

"The thing that frustrated me most was even in the harshest lockdown in Melbourne those living there could see a doctor or go to a specialist if they needed whereas in the country we couldn't go to Melbourne to access medical attention because it was a hot spot and we were denied going to Adelaide either," he said.

"The SA government put all their efforts into stopping it (COVID-19) getting in from Vic and in the end it got in from the UK."