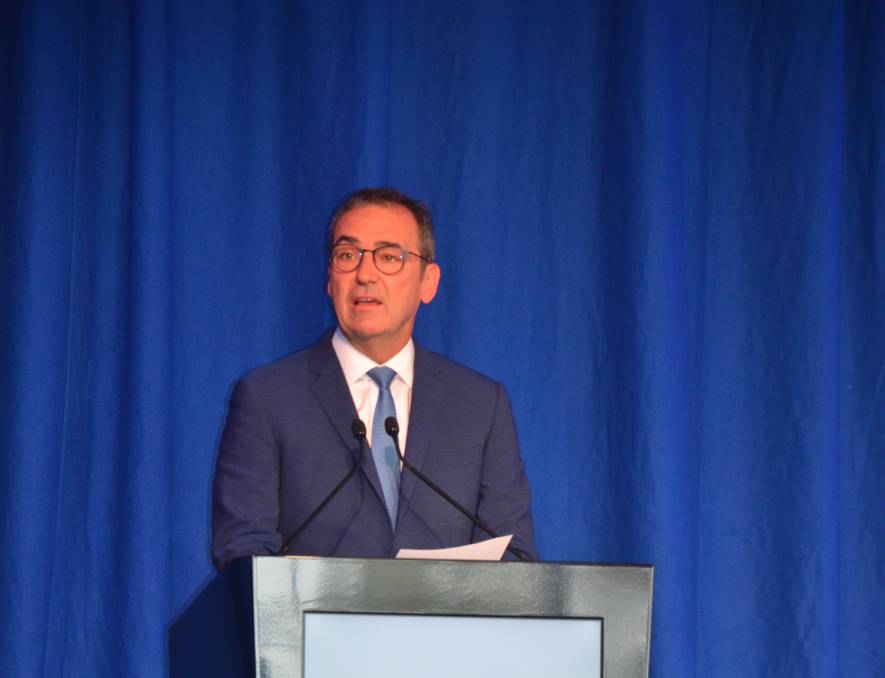 Premier Steven Marshall at this year's state budget. His party is confident of a 2022 election win after a recent electoral boundary redistribution.

SIGNIFICANT changes to SA's electoral boundaries were confirmed last week, with the release of the Electoral Districts Boundaries Commission's final report and the incumbent government is confident it will retain the necessary seats to form government at the 2022 election.

SIGNIFICANT changes to SA's electoral boundaries were confirmed last week, with the release of the Electoral Districts Boundaries Commission's final report and the incumbent government is confident it will retain the necessary seats to form government at the 2022 election.

The districts of Adelaide and Mount Gambier were the only seats to remain unchanged under sweeping alterations by the EDBC.

Notable changes to boundaries include the incorporation of Port Pirie into Stuart, which will pit independent member for Frome Geoff Brock - who resides in Port Pirie - against Liberal Stuart incumbent Dan van Holst Pellekaan in 2022.

Despite considerable backlash from Upper Spencer Gulf MPs and the local council, Port Augusta will be split between the districts of Giles and Stuart.

Portions of Giles - held by Labor's Eddie Hughes - including Cowell and Kimba will move into Flinders, held by Liberal Peter Treloar.

Another regional seat to shift significantly is Hammond, which will take in Strathalbyn, but lose many of its Mallee, Coorong and Murray Plains localities, including Pinnaroo, Karoonda, Coomandook, Tailem Bend, Coonalpyn and Cambrai.

"The changes to the districts in the west and north of the state, including the dividing of Port Augusta between the districts of Giles and Stuart, have resulted in cascading boundary changes which expand those districts further to the south and the east," he said.

Mr Gully said changes made to the draft boundaries had resulted in the majority of the Barossa region remaining within the district of Schubert, the Gawler township and surrounds in Light and alterations to the Adelaide Hills districts of Kavel and Heysen, which addressed community of interest submissions.

"The Commission expresses its appreciation to those who made representations during the past year, particularly in respect of the changes to the Constitution Act and those who made submissions following the release of the draft report," he said.

Liberal state director Sascha Meldrum said the party were satisfied with the new boundaries and the methodology used to reach them.

"The Liberal Party is very pleased that the EDBC adopted a number of the recommendations put forward as part of the party's submission to the draft boundaries," she said.

"The 2020 state electoral boundaries show the Liberal Party is able to achieve the same result as the 2018 state election.

ALP SA secretary Reggie Martin said the final report contained "some significant changes" from the earlier draft issued by the EDBC and the party were "still digesting the changes made and considering its options".