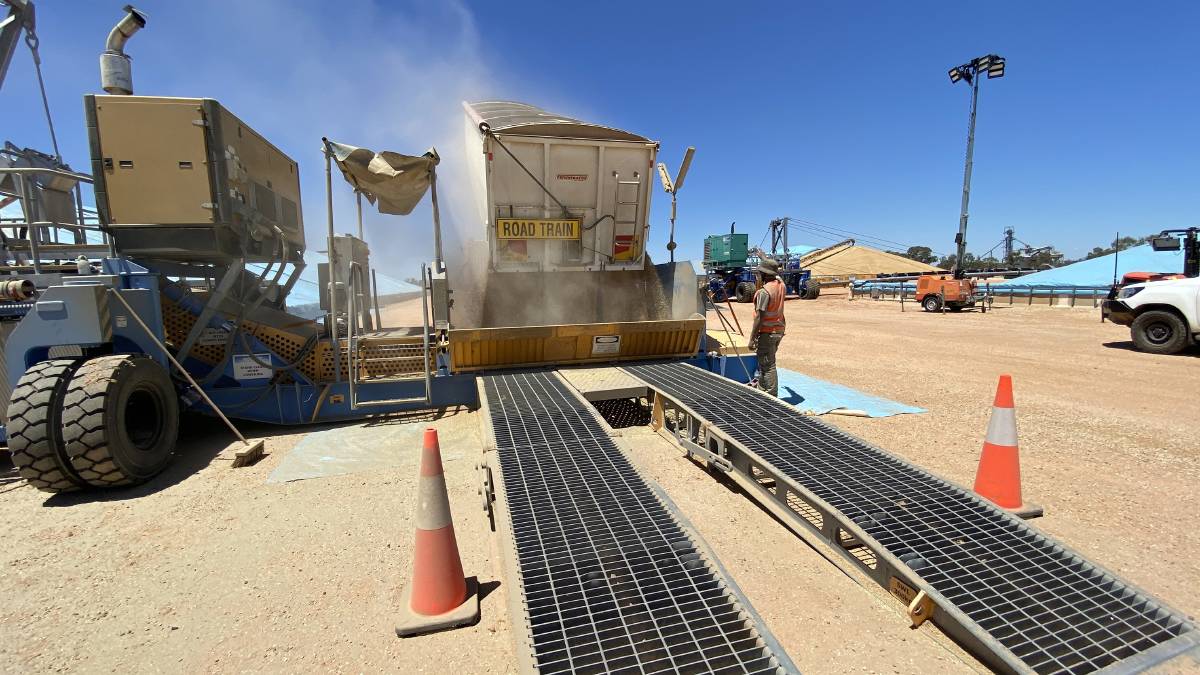 It has been a busy year at GrainCorp receival sites.

GrainCorp took a staggering 362,000 tonnes on Wednesday, an all-time record for the company.

THE RENAISSANCE of east coast bulk handler GrainCorp is continuing, with the company smashing an all-time record for the most grain delivered in a single day.

On Wednesday a mind-boggling 362,000 tonnes of grain, or around 14,400 truckloads, was delivered into GrainCorp's network as farmers took advantage of the combination of sunny, warm conditions ideal for harvesting and big crops to rip off the crop at a record pace.

And the incredible thing is that the record may not last long - with receivals in Victoria now hitting their straps as farmers in the Wimmera and Northern Country get cracking.

Farmers in northern NSW are probably on the downhill slope for the season's harvest but given the big crops there is still a significant volume in that region still to come.

There are expected to be weather delays over the weekend, with showers forecast Sunday and Monday through Victoria and southern NSW but by the middle of the week it is expected things will be moving at full capacity once again.

GrainCorp said it had now received over 6 million tonnes, with 4.5m tonnes of that in NSW alone.

The company is now working on putting in added storage at key NSW sites, along with opening up its secondary 'flex' sites.

These secondary sites are not always opened but are still maintained to be utilised when demand is high enough.

Along with that there is an overflow program, where grain is temporarily stored in low cost bunkers.

Growers are being urged to keep in touch with their local site or area managers to find out whether there is still space at the site they were delivering to or whether an alternative is needed.