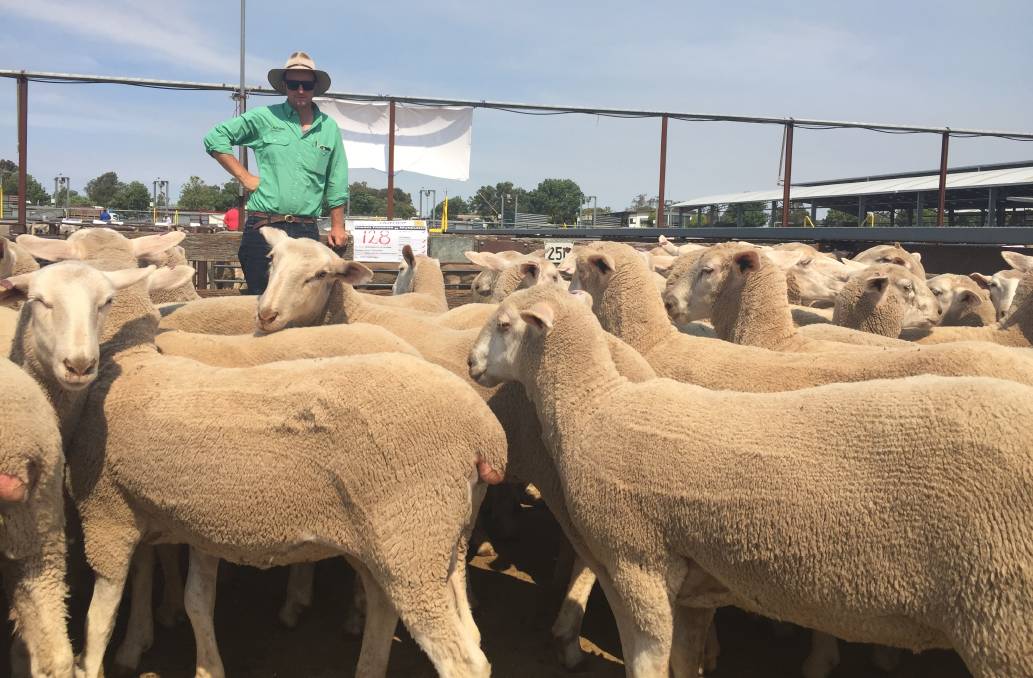 Southern Australian Livestock's Will Nolan said the crowd was the lowest in history as strict COVID regulations kept all but serious buyers away.

"But the results show enough buyers there (and online) to still have a better than average result," he said.

"Overall it was an exceptional sale."

Mr Nolan said the result was a reflection of the market.

"There is plenty of feed and people are receiving good money for their lambs and mutton, so they can replace what's gone with good quality stock," he said.

He said the lineup this year was also above average.

"I'd say 50 per cent of the the yarding could be mated in the next six weeks," he said.

"That's a reflection of the season we've had, with plenty of weight and growth well-advanced."

But while the tops sold above expectations, and the lighter pens not ready for mating were "solid from start to finish", he said there was some inconsistency in the middle that created opportunities for good buying.

He said while the bulk of the yarding will stay local, there was also strong support from bidders online through StockLive.

He said the market on the younger ewes, that will likely be carried through to 1.5-year-olds, was strong.

The sale hits its high with a line of 128 April-drop Lines Gum Hill and Springvale North-blood ewe lambs from Sparks Farming, Munduney, Spalding, which sold at $438 to regular client RD&MA Smith, Edenhope, Vic, through Nutrien Naracoorte.

Mr Jennings, who did the bidding on behalf of the Smiths, said these were very good performing sheep.

"They've been bought in the past and go on to perform in the paddock," he said.

McPiggery, Lameroo, which topped the 2019 sale at $360, achieved this year's second highest price at $424, achieved for two pens.

A second run of 180 also made $424, to Cameron Grundy, Grundy Pastoral, Naracoorte, who also bought the tops last year.

A further run of 189 from McPiggery made $372, going to Martin Harvey, Western Flat.