Highly-respected agricultural communicator David East has passed away, with many from the ag industry having paused to reflect on his plethora of machinery knowledge and his dedication to the written word. 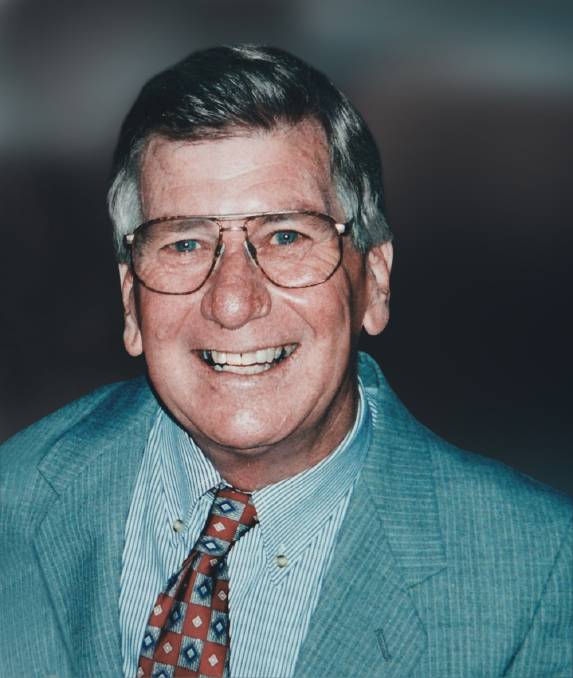 Highly-respected agricultural communicator David East has passed away, with many from the ag industry having paused to reflect on his plethora of machinery knowledge and his dedication to the written word.

Born in Balaklava and raised in Mallala, Mr East was immersed in agriculture from a young age, with his father Oliver one of six brothers who operated East Brothers - a blacksmithing and farm machinery manufacturing business.

Mr East completed high school in Adelaide at Urrbrae Agricultural High School, and stayed on in the city to complete his tertiary education at the Adelaide School of Mines, now known as the SA Institute of Technology.

But with his country roots calling, he soon returned to the Lower North, joining East Brothers in the mid-1950s.

In his early years with the company, Mr East developed a solid foundation of knowledge in the design, manufacture and marketing of farm equipment, and the role it played to boost farm productivity.

At just 21, following the death of his father and two uncles, Mr East was appointed general manager of East Brothers, and ran the business until the late 1960s, when extreme wheat quotas forced the company into liquidation.

While Mr East was at the helm of East Brothers, he became a member of both the Tractor & Machinery Association of Australia, and the Agricultural Engineering Society of Australia. He served the latter as SA branch president, and then national president.

During this time, Mr East edited the AESA's quarterly publication, Agricultural Engineering Australia, which was the start of more than five decades of involvement in agricultural communication.

He held the role until being promoted to editorin 1985 - a year in which he was named winner of the Dalgety Award in Excellence in Rural Journalism for a series of articles about the rise and fall of the Australian farm machinery industry.

He was named Rural Press senior group editor in 1989, and continued to oversee other company publications, being named as Farm Journal editor in 1990, then Agriculture Today andFarmer & Stockowner editor in 1993, before leaving Rural Press in 1995.

Following his resignation from the company, Mr East joined the Porter Novelli consulting organisation, and his streak as editor continued, with his appointment as editor of Australian Citrus News and Bushcare Telegraph in the mid to late 1990s.

He was a totally reliable mate, you could depend on him, I can't recall David ever letting me or anyone else down. - RICHARD FEWSTER

As a seasoned wordsmith, Mr East decided to start his own contract writing business just prior to the turn of the century, trading as Compass Communications.

Working for himself until 2012, when he "retired for good", Mr East was a regular columnist in Stock Journal, Grower, Good Fruits & Vegetables and Grape Grower publications.

Mr East's passion for communication was exemplified through his involvement in the Rural Media Association of SA - of which he was the association's founding secretary.

He was also heavily involved in the Royal Agricultural & Horticultural Society of SA from 1980 to 2005, before being named an honorary member in 2006.

Long-time friend and colleague Richard Fewster, who first met Mr East in the late 1960s, described him as "loyal and ultra-reliable", possessing an exceptional knowledge of machinery rarely matched by others.

"There would be very few machinery companies in Australia that wouldn't know David East in one way or another," Mr Fewster said.

"He was very thorough and would throw everything into everything he did, he would leave no stone unturned, yet he still managed to be very community-minded.

"He was a totally reliable mate, you could depend on him, I can't recall David ever letting me or anyone else down."