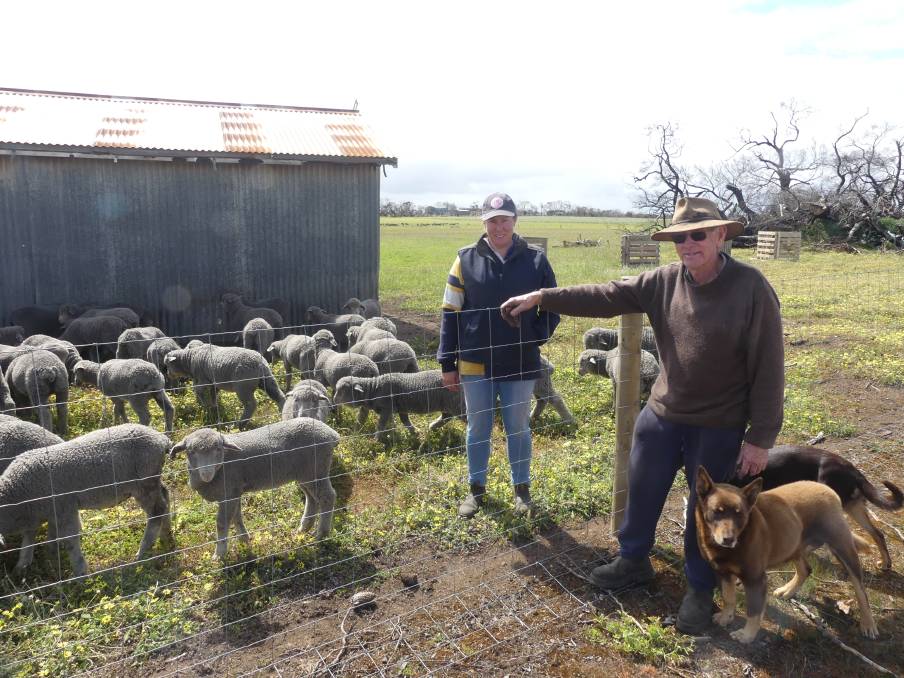 NEW GENERATION: Hannah Robins and her father John Symons and their sole surviving dog Jackson in front of all the hand-reared lambs. Photo Stan Gorton

Progress and rebuilding at Turkey Lane Merinos is just amazing after what the family went through with the bushfires in January.

PROGRESS and rebuilding at Turkey Lane Merinos is just amazing after what the family went through with the summer bushfires on Kangaroo Island in January.

Leading the on-farm recovery at Middle River has been father and daughter team, John Symons and Hannah Robins, together with her partner Brian and John's wife Jo.

They are very grateful for all the help received from the Army to BlazeAid volunteers, who finished boundary fencing back in April, as well those who donated hay and other items.

The recovery effort is remarkable given they hav been through and after losing almost everything, except their prized ram lambs and also one of the farmhouses, which survived by pure chance.

The shearing shed was rebuilt just in time for their annual ram sale, held on Monday last week, while a new farmhouse for John and Jo is also almost finished.

Working on the Australian Wool Innovation-designed, four-stand shearing shed was the team from Higgins Construction, who have a total of nine sheds to build on the Island.

Hannah said they were very happy with the result of the helmsman ram sale, selling 61 rams from 65 offered, at an average price of $1295.

The volume buyers were David and Lisa Busch, whose property next door was also razed by the fire. There was also good support from buyers from the South East.

Turkey Lane is proud to be rated in the top 1 per cent of Australian Sheep Breeding Values index in Australia, while rams offered this year average in the top 10pc.

John has worked on developing these genetics across the past 20 years and the 130 ram lambs that survived by pure chance has helped keep the line going.

"We lost two thirds of our nucleus flock and so we are having to build up again," he said. "We might amplify our use of embryo transfer and use whatever technology we can."

A good winter and excellent lambing season also helped and the family went out of its way to save every neglected and triplet lamb.

In the weeks after the fire, their hospital flock reached 1100 head, many of which would have been destroyed by livestock authorities.

But through dedicated vet care, they were able to save 850 of those injured Merinos.

"They're all doing well now and some have even produced lambs," Hannah said.

"We are optimistic now, but I don't think it's a gross underestimate to say it will take five years to get back on track." 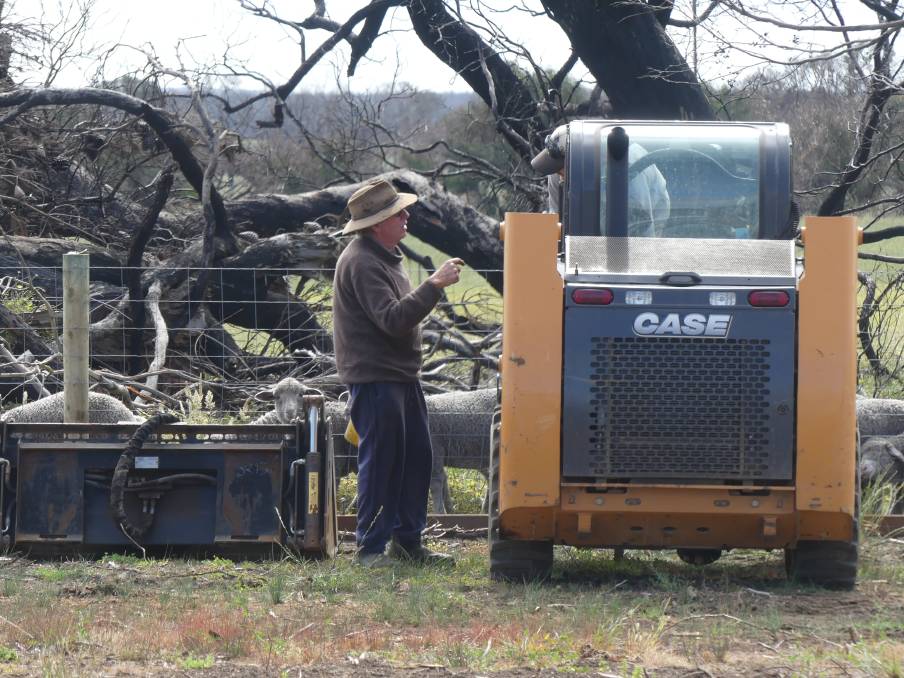