THERE are expectations that pork prices will hold at the present higher returns in the lead up to Christmas and offer SA producers much-needed relief, but the latest COVID-19 outbreak in SA has caused some doubt. 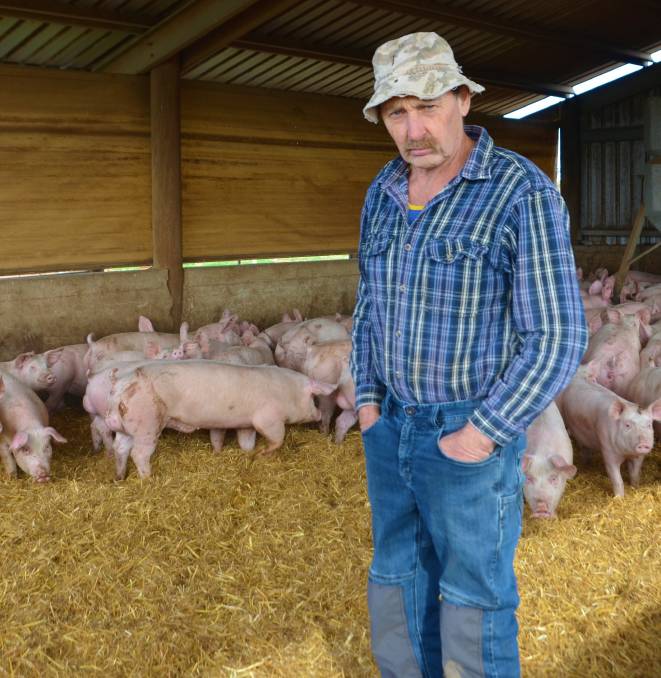 THERE are expectations that pork prices will hold at the present higher returns in the lead up to Christmas and offer SA producers much-needed relief, but the latest COVID-19 outbreak in SA has caused some doubt.

After SA's food service sector returned to near-normal trade in the past few months, pork continued to have gradual price increases on a weekly basis.

But the price rises could be short-lived, with potential trade restrictions in SA ahead if the coronavirus outbreak continues to grow.

"Prices are creeping up and we expect that to continue into the new year," he said.

But Mr Haydon said uncertainty among SA producers in the past week was evident.

"Up until the outbreak in SA, the domestic market was almost back to normal," he said.

"But as we have seen with the effects of the coronavirus, if one state has food service restrictions, it impacts the trade between states."

APL producer/director Mark McLean said after pork prices were "greatly disrupted" in April because of a supply chain breakdown during restrictions in Vic, increased prices were welcomed.

But, he said it was too difficult to forecast if prices would hold on the back of new restrictions in SA.

"The supermarket trade throughout COVID-19 has been very strong, so that helped to pick up where the restaurant trade was greatly affected earlier this year," he said.

"Although higher prices are expected to continue to be passed on to the producer, industry wants pork to remain competitive with other proteins."

On a global scale, African Swine Fever in overseas pig herds has continued to affect supply.

Chinese pork supply dropped by 20 per cent in 2019 and a further 15-20pc is expected in 2020, but Mr Gidley-Baird said Australia's inability to access the export market into China would still mean there would be limited benefit for producers.

"The global pork industry is offering benefits for other protein export markets," he said.

PORK prices are on an upward trajectory, with weekly rises being passed onto pig producers, but this week's coronavirus outbreak in SA has cast a shadow over if the much-needed relief will continue during the months ahead.

Prior to the surge in COVID-19 cases, Point Pass pork producer Roger Schutz was confident prices leading into the busy Christmas period would rise even further.

"I was expecting prices to go up or stabilise for the next few months at about $3.80 a kilogram because it is the most busy time for producers," he said.

After coronavirus restrictions forced months of closure of restaurants and food outlets, pork products were in over supply, causing prices to drop.

"Each week, the prices have risen and to be honest, we thought this was going to be the start of a period that saw producers make some ground," he said.

Mr Schutz sold pigs last week at $3.90/kg and hoped by Christmas, that prices could rise to $4/kg.

"I was really confident, but not who knows what will happen," he said.

"With restrictions back in place and a potential second wave ahead, we could see prices diminish again.

"We also send pig meat into Vic and that border has just opened up, but that could be closed again."

With the industry's most lucrative period looming and ramifications from a second wave potentially dropping returns for producers, a potential pork supply shortage has also reared its head and could mean consumers will pay more for their Christmas ham this year.

"So there is a bit of a shortfall in supply and it will most likely cause a price rise at Christmas."