CHIPPING away at the stigma surrounding suicide and opening a dialogue about grief, mental health and general life struggles are the motivations behind Muzza's Happy Hour, a grassroots wellbeing movement. 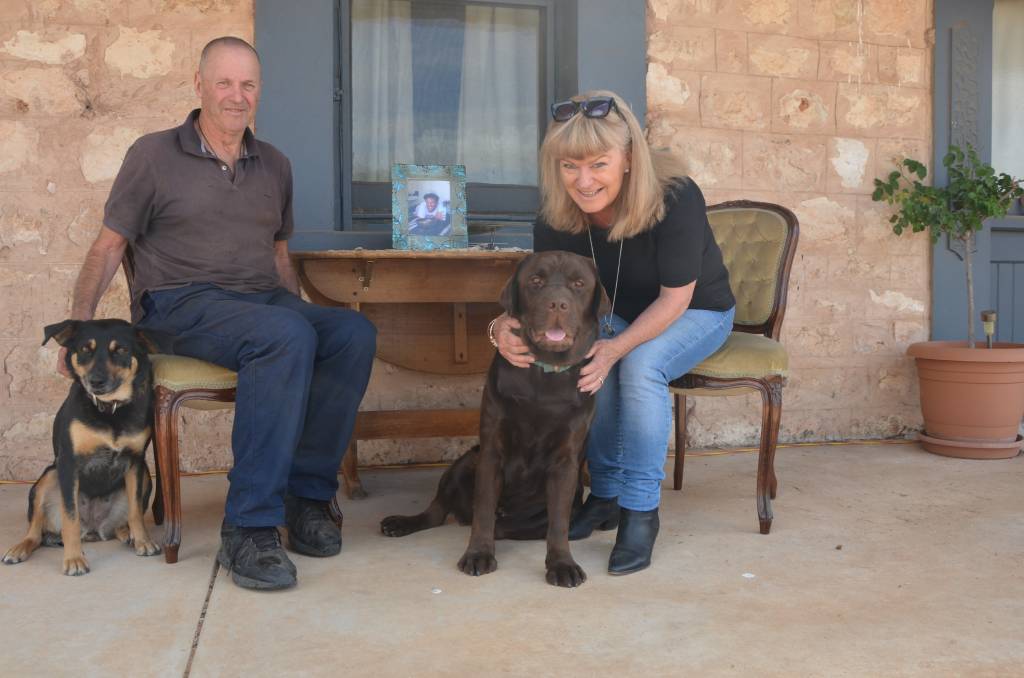 CHIPPING away at the stigma surrounding suicide and opening a dialogue about grief, mental health and general life struggles are the motivations behind Muzza's Happy Hour, a grassroots wellbeing movement.

An initiative from Mantung farming couple Suzi and Mick Evans, the first Muzza's Happy Hour was held at the Mantung Hall in December and is an informal gathering on a Sunday afternoon where people can feel like they belong and start having conversations about their own struggles if they wish.

There are plans, hinging on COVID restrictions, to hold Muzza's Happy Hours across the state, providing attendees with information from Headspace, Lifeline and RUOK.

Suzi said everybody was encouraged to attend, even if not struggling, so they knew how to support and deal with people grieving in their local communities.

The idea for Muzza's Happy Hour was borne of tragic circumstances - Suzi's son, and Mick's stepson, Murray Chesser took his own life in 2018 at just 29 years old.

Murray was a "larger than life" character, voted most likely to succeed upon graduation from Prince Alfred College.

"He had everything going for him.

The Evans bought a chocolate Labrador called Wally after Murray's passing, who gives Suzi an ongoing connection to her son.

"Muzz always used to say ' oh Mum, you're such a wally'," she laughed.

"My mum always said Muzz was just like a big Labrador, he'd walk into a room, turn around and the tail would knock everything over."

A carpenter by trade, Murray had moved to QLD prior to his death. He had been involved in drugs, but was clean and sober for two years before he died.

More than 300 people attended his funeral, held on a blistering hot day in Waikerie.

Dealing with the profound grief of the loss of her son, the idea of a happy hour stemmed from conversations Suzi had with other grieving families in their community.

She felt it was important to open a dialogue about suicide - a subject often shied away from - and the issues that lead to it.

"I was feeling quite alone because no one really understood," she said.

"Everyone's well-meaning and caring but you just feel like no-one really understands what you're going through as a mother.

"We were at the Wunkar Tavern one Sunday and another couple were in there who had lost their young son.

"The mother approached me and asked me to join her - she could see I was struggling - and we had a great conversation about what to expect, how people can be consciously or unconcsiously cruel.

"The idea of just talking struck a chord and I was looking for something to honour Muzz, so that's where the idea of Muzza's Happy Hour came from.

"It's not about drinking. It's a happy hour on a Sunday, a place you can go where you feel like you belong."

With a big following on the Muzza's Happy Hour Facebook page, Suzi said they hoped to have a website up and running by next year to provide an information source for people delaing with mental health, grief and depression, but also for anyone wanting to hold a Muzza's Hapy Hour in their community.

"What Mick and I want from Muzza's Happy Hour is to provide a vehicle to be able to give people information from RUOK, Headspace, Lifeline," she said.

"People, especially in rural areas, are more likely to take that home and read it rather than accessing it in public.

"The more people and organisations that find out about it, we're finding it's taking its own path.

"We want to keep it at a grassroots level and very informal.

"We don't expect people to come in and immediately open up. It's just a place to sit and feel like you belong."

The Evan's are in the process of securing funding to roll out Muzza's Happy Hours across SA next year and the initiative continues to help Suzi feel close to her son.

"He had plans to set up camping as a respite for disabled families," she said.

"He wanted a place they could come for weekends. He always helped people.

"I think it's helping me survive by continuing his work in that regard."

LIFE has thrown everything you could possibly imagine at Mick and Suzi Evans in the past three years, making them well-placed to understand the struggles of others and suitable leaders of Muzza's Happy Hour movement.

An absolute rock for Suzi as she struggled to get out of bed in the months after her son Murray's death, Mick was diagnosed with Guillian-Barre Syndrome 14 months ago, spent six months in hospital and has had to re-learn how to walk.

Still seeing the positives, Suzi said they are "doing alright".

"I wouldn't be upright if it wasn't Mick," she said.

"I ended up with pneumonia and was in bed a lot but he made me get up, wash my face and have something to eat.

"If I wanted to go back to bed for the day I could, but I had to get up.

"It worked, but it was hard on Mick because he didn't know what he was going to come home to every time he went out to check something."

Mick said they were lucky they had one another.

"I don't think either of us would've got through without the other one. When Suzi was going through the grief, I had to put my grief aside to look after her.

"She's had to put aside a lot for me over the past 14 months and I wouldn't be where I am now if it wasn't her.

"We had to save ourselves before we tried to save anyone else and that's very important."