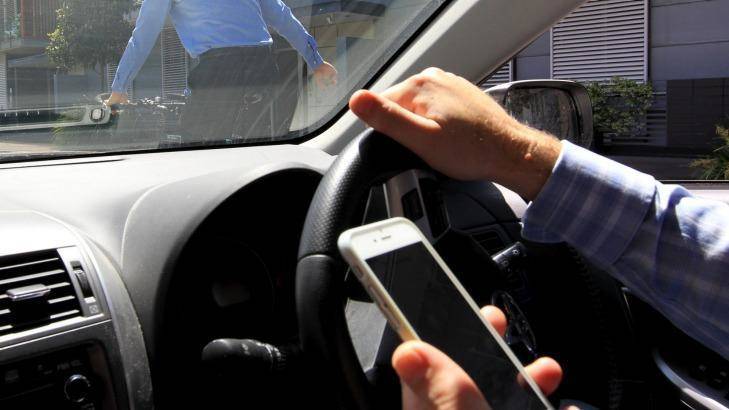 An RAA survey found 42pc of participants rated distracted drivers, such as through mobile phones, were a major road safety concern. Photo: SHUTTERSTOCK

ROADS in the Yorke Peninsula and Mid North region have been deemed to most dangerous regional routes in the state, accounting for 20 per cent of the road fatalities in rural SA across the past decade.

ROADS in the Yorke Peninsula and Mid North region have been deemed to most dangerous regional routes in the state, accounting for 20 per cent of the road fatalities in rural SA across the past decade.

The RAA has released this information as it marks National Road Safety Week - which started yesterday - in a push for all road uses to be vigilant.

The YP/Mid North region accounts for 129 road fatalities, while the Murray Mallee had 110 and the Limestone Coast 86.

RAA Safety and Infrastructure senior manager Charles Mountain said higher speeds on rural roads compared with the majority of metropolitan roads, coupled with the often long distances travelled in these regions and driver fatigue, contribute to their high number of fatalities.

He said driver distraction was a major safety hazard and contributor to road trauma - particularly at higher speeds on regional roads - with potentially fatal consequences.

He said RAA's recent road safety campaign Drive in the Moment, revealed driver distraction had contributed to almost half the lives lost and people seriously injured on South Australian roads in the past five years.

Mr Mountain said there were numerous distractions potentially attracting drivers' attention on regional roads, such as looking at the scenery or waiting for a turn off.

Mr Mountain said mobile phones were allowing us to have more social media and entertainment options, such as checking notifications, using a GPS app, changing a song or watching a video.

"You need to be fully concentrated on the task at hand when driving, because at 110 kilometres per hour just a two second glance at your phone, stereo or crying child means you'll travel around 60 metres blind to what's around you,'' he said.

"Another issue motorists must be aware of when driving long distances is fatigue, which is why it's important they plan regular rest stops.''

Mr Mountain said RAA advocates for ongoing government investment across our road network to minimise the risk of crashing and the severity of the resulting injuries.