Big online hay and grain marketer Feed Central has missed out on a chance to get into the export hay business after attempts to buy the United World Enterprises container packing site from administrators fell through.

However, Queensland-based Feed Central has been buoyed by the interest it had received from cereal and lucerne growers wanting to support the export venture in southern NSW and would continue looking for opportunities in the state's south and Central West.

Feed Central describes itself as Australia's largest online buying and selling platform for hay and grain and responsible for the country's only recognised quality grading and assurance system for domestic hay sales.

The marketer previously contracted hay to UWE Hay for about two years until 2017, then switched to a licensing agreement before the exporter went into administration.

A second export company, Riverina Hay, which took over the site between Griffith and Leeton, also went into administration not long after.

Feed Central managing director Tim Ford was disappointed his bid for the former UWE/Riverina Hay facility at the Western Riverina Intermodal Freight Terminal did not work out.

The hay plant is part of the Wumbulgal terminal precinct, opened in 2015, which includes export grain storage facilities and has also been proposed as a big solar farm site.

We lodged a bid with the administrators and agreed on a price, but at the last minute another buyer came in - Tim Ford, Feed Central

Mr Foord said the hay handling machinery, which has sat idle for about two years, had sold to another company despite his firm offering a price for the site and putting down a deposit.

"We want to invest in the region and it's disappointing we didn't get that opportunity in this instance," he said.

"We will continue to assess all options presented to us. 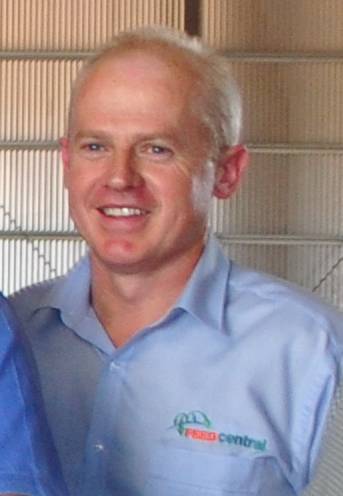 "We have great relationships with growers in the region and thank them for their support.

He said Feed Central had capital raised to kick start the plant and expand it to its full potential and intended to buy it, although he had not made any public comment about negotiations.

"We lodged a bid with the administrators to buy the site and machinery and agreed on a price but at the last minute another buyer came in with another offer.

"We're disappointed not to have been successful, but wish the new owners the very best."

Mr Ford said some growers had heard rumours his company was buying the facility and there had been a lot of positive support, "which we are grateful for".

"Our plans were to run an exporting operation, boosting the market reach of growers internationally and supporting the local economy, including the employment of up to 15 people locally," he said.

"We will continue doing domestic trade in the area and look for other opportunities."