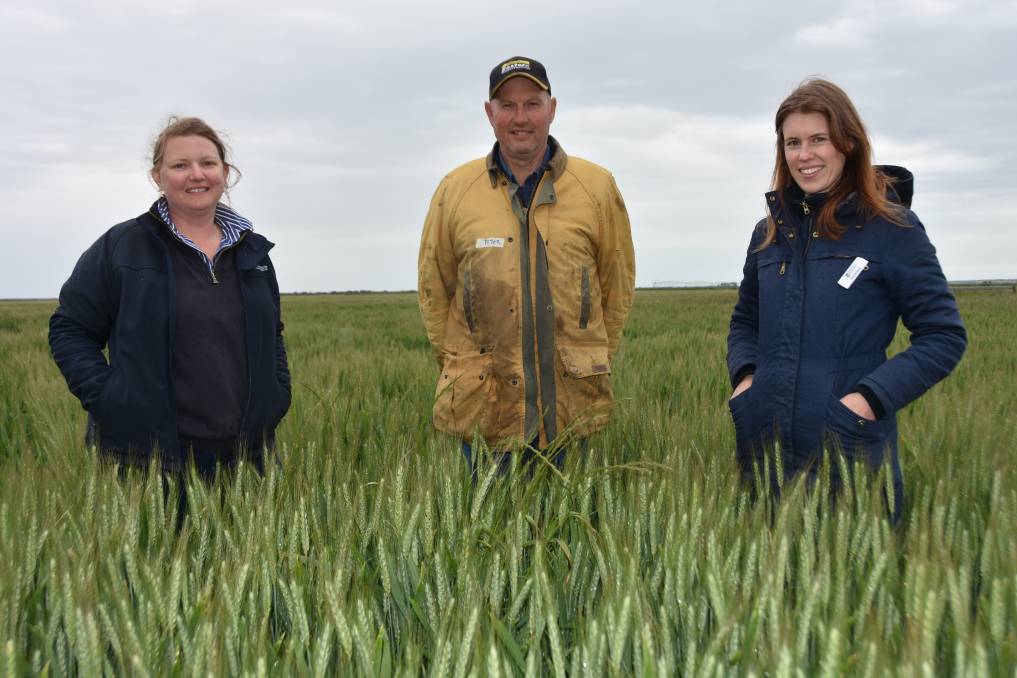 Windrowing wheat crops could be an effective tool in keeping annual ryegrass populations down.

WINDROWING wheat crops could be an effective tool in keeping annual ryegrass populations down in high rainfall areas such as the South East.

A small trial funded by GRDC in 2019 has shown windrowing significantly increased weed seed capture at harvest and is especially effective where the ryegrass cannot be picked up by the header front.

The late maturity of the area's crops also means half or more of the ryegrass shed onto the ground prior to harvest.

"The predominant strategy for combating annual ryegrass in the high rainfall area has been pre-emergent and post-emergent (herbicides), but we only have so many chemical options and we need to be mindful of not developing resistance so we need to look at all the options - that includes what we can do at harvest," she said.

Three weeks prior to harvest last year, a quarter of a hectare was windrowed in two wheat paddocks at Wolseley and Conmurra.

The areas were compared with the growers' standard practices of direct harvesting and either towing a chaff cart or using a Seed Terminator.

The ryegrass populations were measured in the standing crop prior to and after harvest, as well as under the windrows and outside the windrows.

The results showed windrowing prior to harvest reduced the post-harvest ryegrass population at Conmurra by 79 per cent.

Windrowing also reduced the ryegrass population by 70pc at Wolseley, but Dr Fraser said the best control came by lowering the header comb height from 15 centimetres to 5cm, thereby collecting more seeds in the chaff cart. Harvesting at 5cm gave a 90pc reduction in ryegrass population.

"At Conmurra, we had a lower average population of 19 plants a square metre and the plants were lying on the ground, but at Wolseley the stems lodged higher in the crop canopy, making it easier to get them into the header front," she said.

Windrowing was an extra cost of $40/ha, but Dr Fraser said there was also a cost associated with running a Seed Terminator or chaff cart and it made sense to ensure the maximum number of weed seeds were captured.

At harvest, the top 3 centimetres of soil was collected in the windrowed and direct headed areas and germinated by the University of Adelaide over the next few months. The results showed for every ryegrass plant present at harvest, about 100 plants germinated the following season.

Dr Fraser said there was no impact from windrowing on grain protein levels or screenings but any yield difference was unknown.

"What we do know, though, is that there is an impact on yield in that paddock in future years if ryegrass populations explode," she said.

Peter Williams, who hosted the Conmurra trial, has been windrowing barley for years, but had not previously windrowed wheat. He says the results have given him the confidence to windrow a paddock or two this year, but how much would depend on the weather forecast.

"There is always the risk of having it lying on the ground if it is going to rain at harvest," he said.