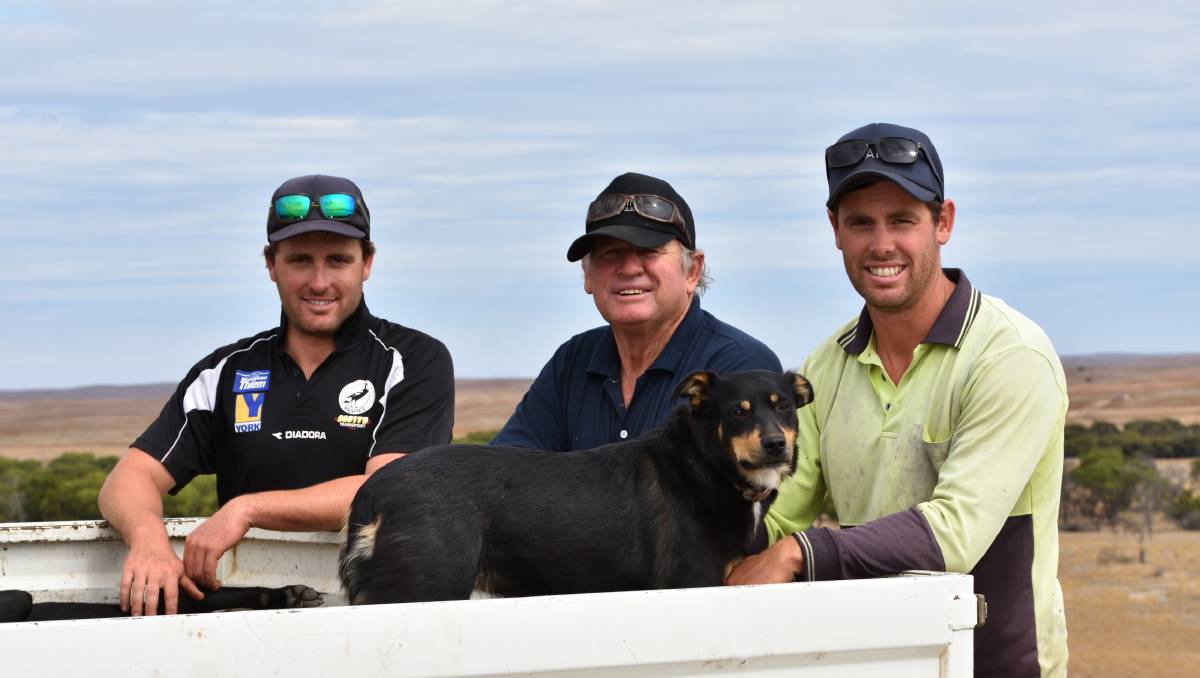 Xavier, Chris and Aaron Watson, Tooligie, are among the woolgrowers involved in the new Eyre Peninsula DNA brand.

Eyre Peninsula's stunning coastline, golden canola crops and even Port Lincoln's fishing industry are all being used to market the area's wool to the world.

Eyre Peninsula's stunning coastline, golden canola crops and even Port Lincoln's fishing industry are all being used to market the area's wool to the world.

AWN state manager Rod Miller says the special wool supply program aims to tell the stories of the growers, region and wool that has gone into the Australian-made garments produced by AWN's retail partner Merino & Co.

Consumers can watch these videos via a QR reader on the swing tags of the men's and women's jumpers, beanies, scarves and throws.

He says in all of the regions they have tried to take advantage of the awareness already built by the SA Tourism Commission. In the three videos produced for the Eyre Peninsula brand this focuses on the strong interplay between the ocean and land.

The wool which has gone into the first batch was collected from 12 growers over the past two years and met fairly tight specifications.

After being washed and scoured in Malaysia into broken top the wool was spun with eco fur into Perino yarn in New Zealand before it was returned to Australia to be made into MerinoSnug garments.

The initial market had been Australia's tourist trade but since COVID-19 hit Mr Miller says they have re-positioned the brand into China.

He sees the DNA brands as being well-placed into the future.

"Post COVID-19 I really think we will see consumers move from fast fashion to slow fashion and willing to pay more for better quality and the authenticity of a natural fibre that has far less impact on the environment than garments made from petrochemicals and even cotton," he said.

Wharminda woolgrower Chris Prime says he got a "real buzz" from being able to see and feel garments made from locally grown wool.

"What really appealed to me is that we are not just selling our wool, at the same time we are advertising the Eyre Peninsula and everything it has to offer," he said.

"There is a slight premium paid but at the end of the day working with AWN I really feel like they are invested in my business."

The president of the Eyre Peninsula Stud Merino Breeders Association says the region is able to produce sheep "equally as good" as anywhere else in SA with its great growing conditions.

"The wool that goes into it it is top notch so not every bale makes it but we have a great bunch of woolgrowers who produce some really good fibre," he said.

Chris and Dianne Watson and their sons Xavier and Aaron, Tooligie, are also grower suppliers to the Eyre Peninsula brand.

Footage was taken at their 2019 shearing on Portana Station, including short interviews with the shearers for one of the videos.

Chris says they saw it as the "way of the future" having closer contact with customers.

"We grow the wool and send it to Melbourne but we never get any feedback about it from the buyers," he said.

Chris knows the program is still in its infancy but hopes it may get to the stage of them being able to deal with processors more one on one.