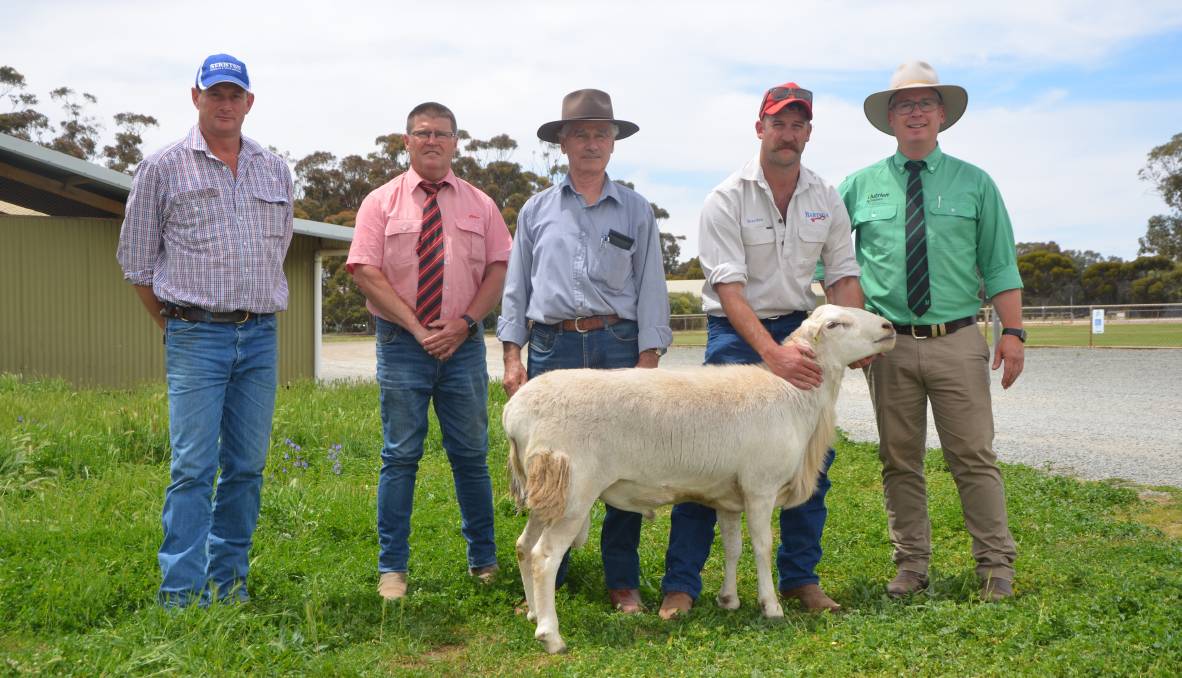 Spurred on by huge prices paid for Australian White lambs on AuctionsPlus of late, a healthy bidding crowd and strong contingent of online buyers helped Baringa Sheep Studs, Oberon, NSW, and Seriston Pastoral Company, Avenue Range, to a full clearance of 120 rams and ewes, some with a lamb at foot.

Oberon principal Brayden Gilmore was pleased with the full clearance - 88 lots of 120 sold last year - and credited the improved result to a change of season and the shedding breed's easy care.

"The Australian White-infused ewe is in high demand at the moment for the easy care and low maintenance and we've seen that in sales across the country this year," he said.

Seriston principal Anthony Hurst said both return and new clients discovering the benefits of the breed contributed to the "unbelievable" result.

"A lot of people are going for the easy-care sheep nowadays," he said.

"The clean skin factor of no shearing and no crutching is a big factor and the uncertainty with the wool industry being up and down I think a lot farmers are looking for an easier option.

"Shearing costs and animal health costs are getting dearer so they're looking this way."

The Baringa and Seriston sister studs are the only Australian White studs that offer Lamplan figures and Mr Hurst said they were a big part of the industry, whether people liked it or not.

"Any information we can give our clients to help them out, we'll do it," he said.

The figures of the $6000 top price ram were one factor behind the purchase from Australian White breeder Rod Donnell, Beeamma, Western Flat.

"It has got all the figures, scale and has the breeding behind him," Mr Donnell said.

"I've got the sire of that ram, but this bloke is out of a different female line in the Baringa stud."

Prices consistently hovered around the $3000 mark for the first 60 rams, with some good opportunity aroud the $1000-$1400 mark later in the catalogue.

There was great interest on AuctionsPlus, with 29 rams sold on the platform to South East clients from Keith, Penola, Naracoorte, Millicent and Tantanoola, as well as interstaters from Vic and NSW.

Elders auctioneer Tony Wetherall said it was a good lineup of both rams and ewes and a sensational result.

"The Aussie Whites are getting a lot of traction and are very popular for their commercial traits," he said.

"They're getting out among the commercial producers and performing."

Nutrien auctioneer Gordon Wood said the breed was building and the people who had bought them were talking about them in a positive manner.

"They're producing high yielding lambs and the word's spreading and the demand is growing," he said.

Elders conducted the sale, with Mr Wetherall and Mr Wood taking the bids.