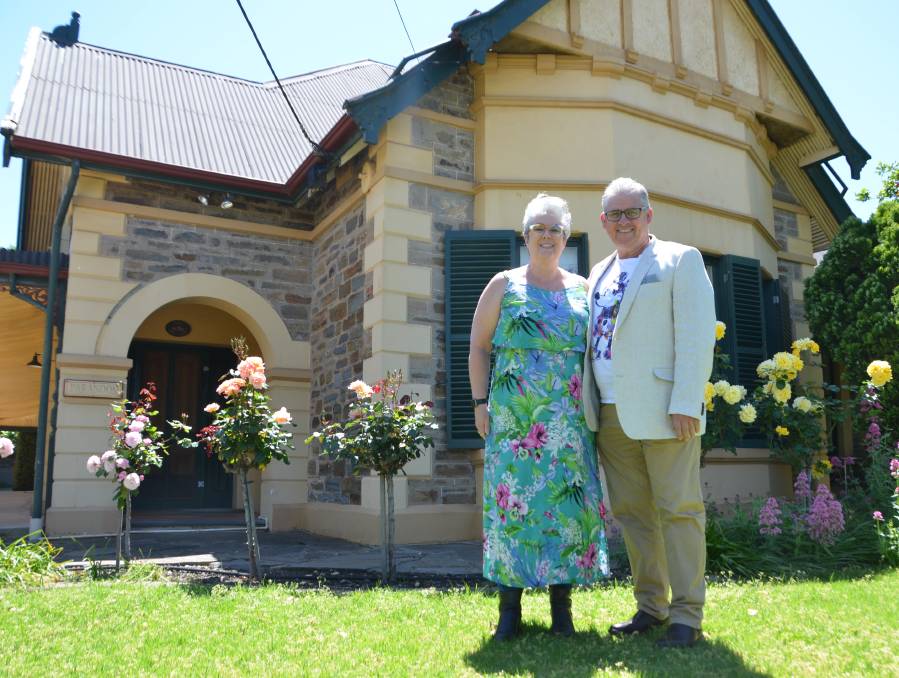 VOUCHER UPTAKE: Kym and Steve Brown at one of their Tanunda accommodations, Barossa Dreams.

MORE than 50,000 Great State vouchers went up for grabs last week, and it was SA's regional areas that attracted early interest, with accommodation voucher allocations exhausted in less than an hour.

MORE than 50,000 Great State vouchers went up for grabs last week, and it was SA's regional areas that attracted early interest, with accommodation voucher allocations exhausted in less than an hour.

The SA Tourism Commission's voucher scheme provided $50 vouchers for stays at regional accommodation providers and $100 for city businesses, as part of a $4-million tourism stimulus initiative.

SATC chief executive Rodney Harrex said SA's interest in the scheme was a "great shot in the arm" for the struggling tourism industry, which was focused on fighting back to its $8.1-billion record value last year.

"The response from operators joining the scheme and from South Australians eager to holiday across our great state has been phenomenal," he said.

"We always expected there would be a large amount of interest in the vouchers. But it is very heartening to know that so many are keen to support accommodation providers.

"We will continue to monitor the uptake of the vouchers but it is clear that it is already having a positive impact across the state."

Mr Harrex also said many accommodation vouchers were redeemed in the days following the release.

"While it is still very early days, it is good news that we are seeing some signs of recovery for the tourism industry," he said.

Although opposition tourism spokesperson Zoe Bettison welcomed the scheme, she criticised the reduced value of regional vouchers compared with the city-based vouchers.

"The redemption of vouchers that were secured will show whether the different price points was unfair and unnecessary," she said.

Ms Bettison had further questions about the delegation of the vouchers between regional and city accommodation providers.

Ms Bettison advocated for SA to undertake the same voucher model as the NT, which required consumers to commit to paying an equal amount to the voucher offered, to help further boost the sector's economy.

"The restrictive criteria locked out smaller providers or glamping scenarios," she said.

"It showed there is pent up demand for travel within SA, but more initiatives are needed to help regions get back on their feet," Mr Horne said.

"They've definitely been hit the hardest."

AFTER accommodation bookings came to a sudden halt when the COVID-19 pandemic hit, the Brown family's Barossa Valley bed and breakfasts were impacted severely.

Kym Brown and her husband Steve have operated some of the region's most iconic accommodation locations for 25 years.

"We have seen a lot happen in the region but just how severely COVID-19 impacted the tourism industry was unprecedented," Mrs Brown said.

"When it was announced, it was a no-brainer for us to sign up," she said.

At this stage, despite not being "flooded" with bookings since the voucher release, Mrs Brown believed the scheme would be successful.

"I am not sure if the regional voucher amount has impacted its success, but we would also like to see another round of vouchers offered for experience-based tourism to help support all businesses in the regions," she said.