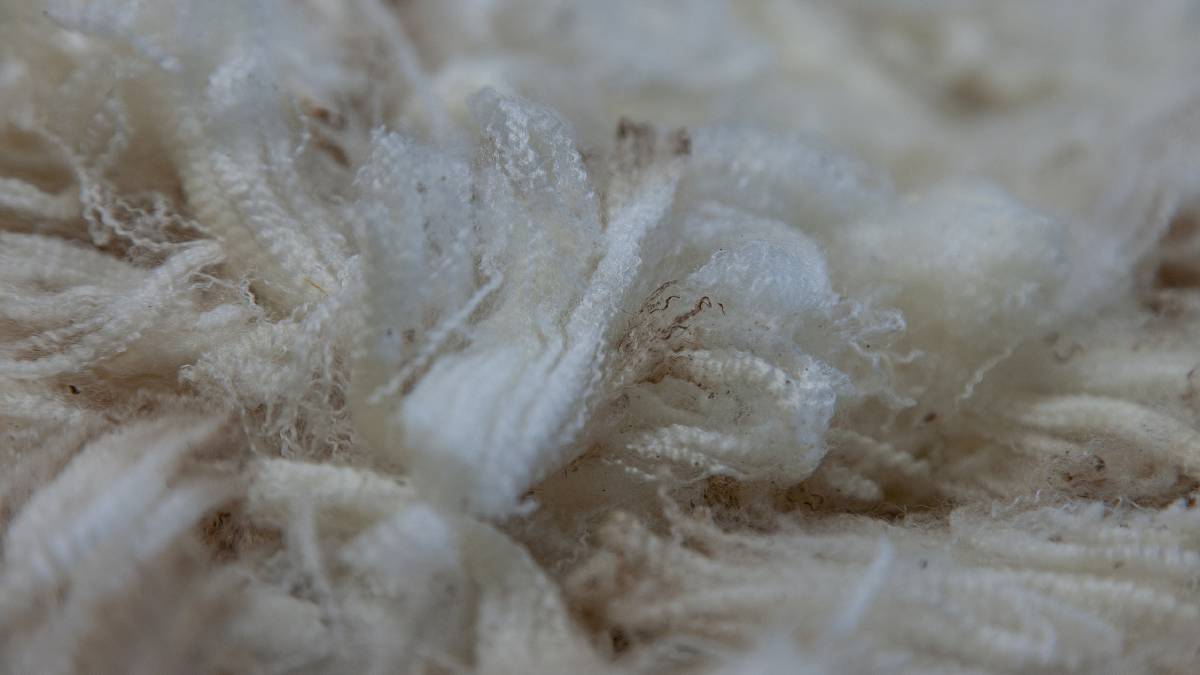 When Coronavirus took a hold of the world and forced global lockdowns, the entire wool supply chain from the woolgrower to the end-user felt the disruptions.

But according to the southern regional wool manager for G Schneider Australia, Mark Symes, from adversity comes diversity, and woollen mills are starting to structure their businesses around the pandemic, and a recovery is slowly unfolding.

"The impact of Covid was two-fold in the exporting and processing side," Mr Symes said.

"There has been delays in delivery, delays in payments and there has been a lot of strategies put in place to try and manage that flow of wool through to the end-user."

The enormous support from the Chinese marketplace, where in recent times 92 per cent of Australia's wool has headed to China, has literally been a godsend, he said.

"China pretty much opened up back to normal as of August, and as much as the market has been on a rollercoaster ride and we've had some difficult price management situations, that's been an enormous positive," Mr Symes said.

"Out the other side, we are seeing an increase in exports out of China starting to flow and it's a much improved environment than what was first thought."

Mr Symes said there are visual signs of improvement in the Europe sector from January to June next year, albeit the remainder of this year being a "slow-burn".

"Until Christmas it will be a fairly depressed situation as they (Europe) get back on their feet," Mr Symes said.

"But the signs are encouraging. Post Christmas we are seeing a shift from weaving types to hand knitting and knitting types with orders being placed in large volumes in the new year."

In the last six weeks the Eastern Market Indicator (EMI) has lifted by about 30pc, which is good news for woolgrowers, but for the customer, the increase can create its own complications.

"It's difficult from a top-making and processing point of view because you are generally selling six to 18-months ahead, so managing that risk is quite difficult," Mr Symes said.

"But volatility has always been a part of the market that we have had difficulty in stabilising and finding that middle ground between the peaks and the troughs.

"I think it's a problem we have had over the course of time and still will be a problem we will have into the future."

He believes a playing field of brand partners connecting directly with growers could ease that volatility and set some benchmarks in terms of price for a set period.

Going forward, a strong model in relationship building at G Schneider is at the forefront with the intention to be the mouthpiece for woolgrowers to promote their product.

Mr Symes said involvement and positive reaction from woolgrowers to the supply chain integrity scheme, Authentico, has been overwhelming.

"We are in collaboration with the woolgrowers and we treat ourselves as the conjoint between growing wool and wearing wool," Mr Symes said.

"In some instances it's generations of families that are involved in producing a product that is still underrated as the most biodiverse product in the world.

"In this time of wanting to help reduce all the things that are affecting us in today's climate changes, we see ourselves through the Authentico program and through a collaboration of all of our partners whether it be animal welfare groups or our brand partners, that we all market the most bio diverse product in the world."

So what is the outlook for Australian wool production?

Mr Symes believes the short-term outlook is good, explaining it as "the most exciting time to be involved in the wool industry."

"Wool buying is no longer just about valuing and buying to a mill type, we are having to negotiate and discuss an open dialogue with different parts of the industry that we have never had access to before," he said.

"I feel as though we've broken down barriers and everyone is collaborating together for a better outcome for a larger market share for wool and woollen garments."