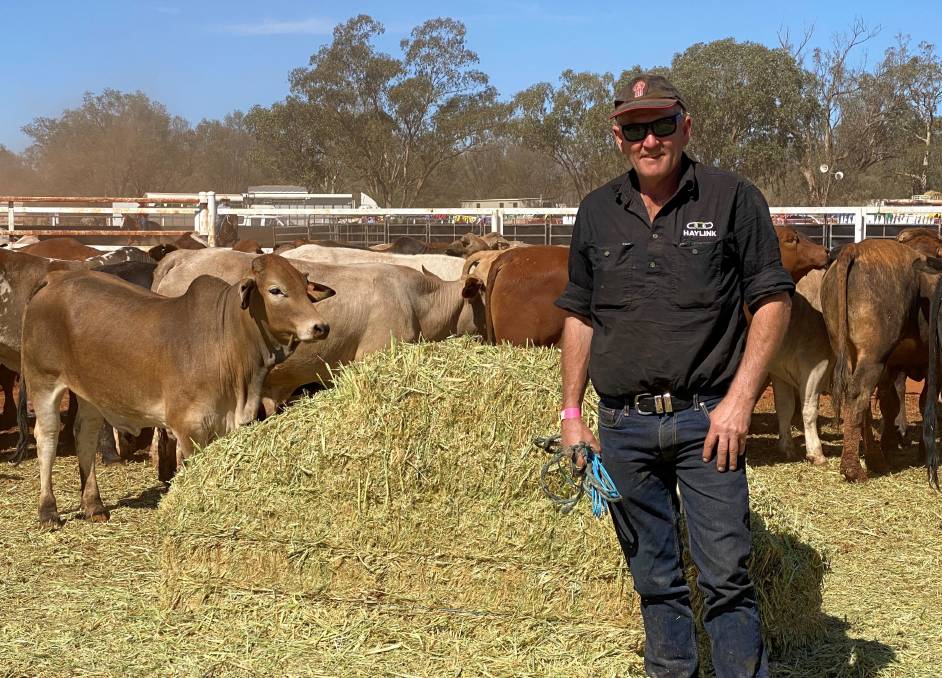 Hay producers using a hay preservative are impressed at the cuts to curing time and the reduction of storage risk it creates.

PROVIDING a product the customer wants is critical to running a successful hay business.

That is the opinion of South Australia's Al Turner, managing director of Haylink.

"If there's a happy customer in an area, they will tell everybody that they are happy and then those people begin to ring you and you start to capture a larger share of the market," he said.

And the opposite also rings true.

"If you have an unhappy customer in an area, it will work backwards against you, basically your name is mud."

The family business started from its Bordertown base in South Australian in 2013, sourcing hay throughout SA, Victoria and NSW. Haylink also delivers hay throughout the country.

Two years ago, the Turners started to make their own hay and straw and this year have 6000 hectares of wheat planted in the NSW central west.

Mr Turner said the focus was on supplying customer requirements, even if means delivering a fodder product slightly different to the norm within the industry.

"We get consistent feedback from our customers that they do not want dry smashed-up, export grade hay.

"They complain about it all the time. It is too dry; it smashes up it doesn't hold its structure.

But baling high moisture hay can be fraught with danger.

Mr Turner said the use of the preservative Hay Guard had been a boost, allowing a shorter curing time, improving digestibility and most importantly, reduces the storage risk of combustion.

This year, with the La Nina meaning a wetter spring, Hay Guard will play an even larger role, both in terms of cutting the curing time and allowing the Turners to process heavy crops.

"The crops are double what they would normally yield, so Hay Guard is going to be important because we are going to have higher neutral detergent fibre (NDF) counts because of the heavy yielding nature of the crop."

"The Hay Guard will help us shorten the window for curing, help reduce the NDF and increase the palatability, we need everything going for us this year given the shorter timeframe of turning things around in between rain."

That's why Al said making the most of potential short bursts of dry weather this harvest will be vital.

"If we can get the hay up in eight days versus 11 or 12 that could be the difference between thousands and thousands of tonnes of hay that's weather damaged or not weather damaged," he said.

Admitting it still could be a tough season to dry hay, no matter what technology he's invested in, using Hay Guard gives him more confidence to harvest during a shorter dry weather window.

He never likes leaving crops on the ground for weeks to dry as this increases the risk of product damage.

The story Getting hay off quicker and safer with Hay Guard first appeared on Farm Online.