A STRONG outlook for agriculture and recent spike in lamb prices contributed to a buoyant on-property sale for Richmond Park White Suffolks and Mulgundawa Poll Dorsets. 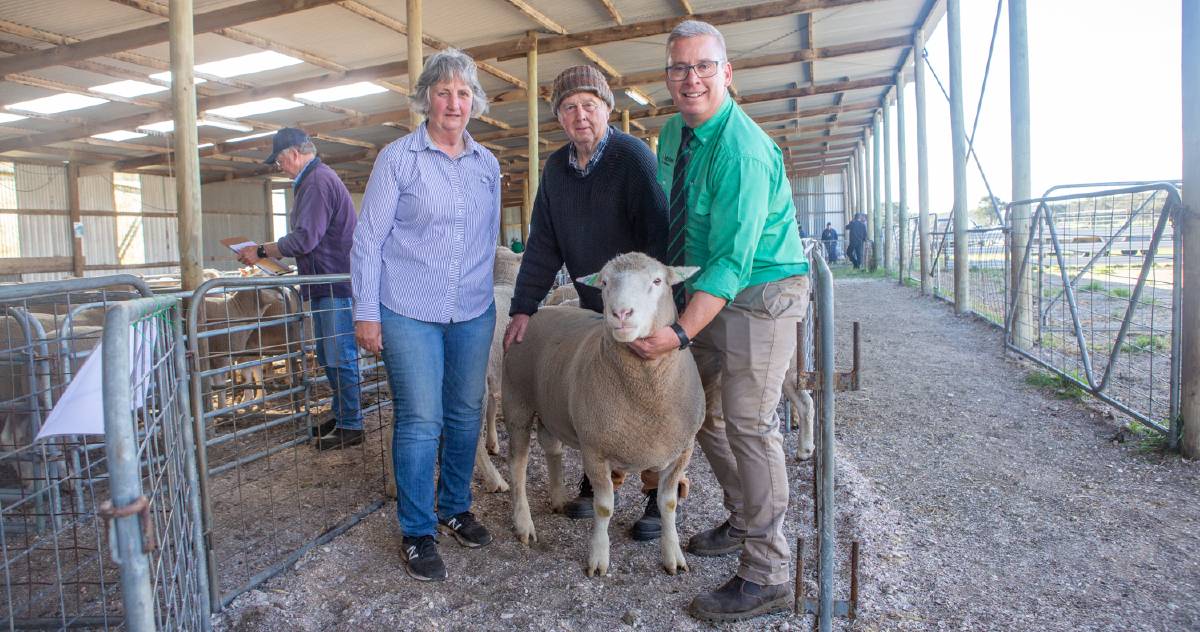 A STRONG outlook for agriculture and recent spike in lamb prices contributed to a buoyant on-property sale for Richmond Park White Suffolks and Mulgundawa Poll Dorsets near Robe on Monday last week, with the studs achieving a significant increase in top and average prices across both breeds.

A full gallery of fifty six registered buyers resulted in a lively bidding competition, ending with a complete clearance of 143 White Suffolks and all but two of the 160 Poll Dorset rams offered in the catalogue.

Graham Reichelt, a client of Mulgundawa for the past eight to nine years, described his top pick as "thick-set and broad".

After a few years' hiatus, the Joneses returned to Richmond Park in 2019.

"We were pretty impressed with the rams we bought last year and exceptionally happy with their 2020 crop of lambs," Lachie Jones said.

"These top rams seem to be able to put the weight into the lambs a lot earlier.

"The line of rams this year is extremely good - very broad the whole way through, with lovely length. Our top ram was smooth, well-muscled and long-bodied."

Wattle Range grazier Matthew Goode was the volume buyer in the White Suffolk draft, paying $1000-$1400, averaging $1200 across the 16 rams purchased.

"It's probably the best line presented from the Burzacott and Emery families ever and they've been richly rewarded today for their effort," he said.

"The Poll Dorsets met with feverish competition, particularly in the top-end of the catalogue and sold very much on par if not stronger than other Poll Dorset sales so far in SA.

"The White Suffolk prices started out a little tight but improved as the sale progressed and were on par with other sales or perhaps a little cheaper, but buyers realised they weren't going to get the rams if they held back."

Stud principal Mary Burzacott said they were thrilled with the clearance rate.

"Having had a tough start to winter, the rams are jumping out of their skins with the turnaround in the season," she said.

"We owe a great deal to Kevin's good eye for stock in the livestock you all see here today - particularly the Poll Dorsets," he said.

The sale was conducted by Nutrien, with Mr Wood sharing the auctioneering duties with Richard Miller.