Everyone's confidence was high having received decent rainfall over the October long weekend. 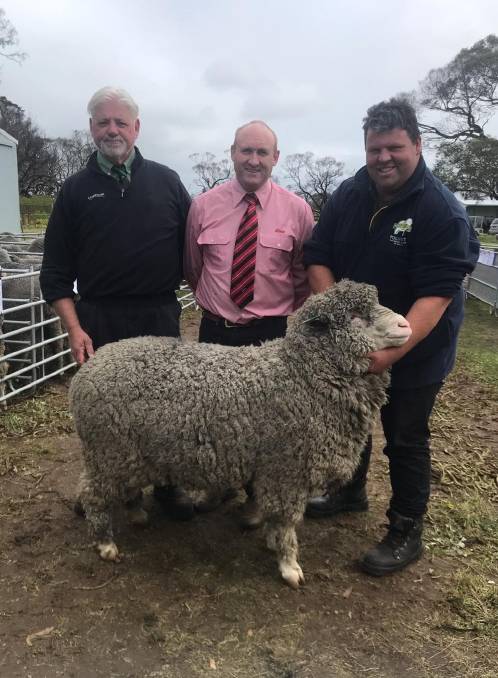 TOP RAM: Paul Jardine of Nutrien Ag and Greg Downing of Elders with Jared McArdle and the Lot 2 ram purchased by Phil Thompson of Yorketown for $2300.

Despite the weather being a touch gloomy, stud co-principal Jared McArdle said everyone's confidence was high having received decent rainfall over the October long weekend.

The top price of $2300 went to lot 2, bought by Phil Thompson of Yorketown.

While lot 4 and 17 sold for $2100 to Glen Reardon of Willalooka and Quentin Willson respectively. 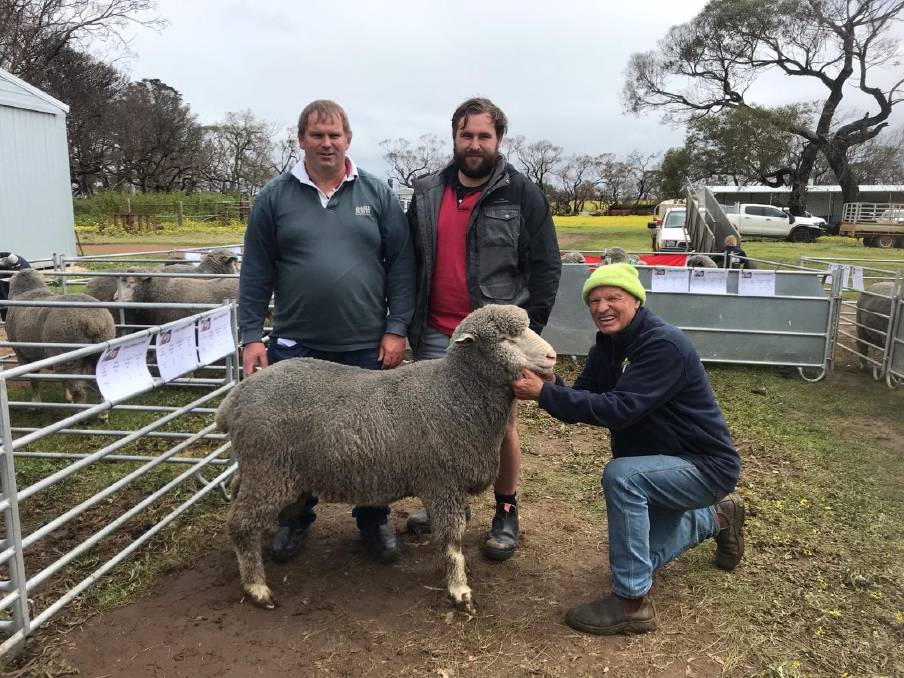 LIMESTONE COAST BOUND: Glen and Zac Reardon of Willalooka, with the Lot 4 ram purchased for $2100 and Taljar studmaster David McArdle.

Studmaster David McArdle thanked everyone for their support in what had been a tough year for the Taljar Polwarth family and the KI community.

Mr McArdle also mentioned how lucky they had been with the sale rams surviving the fires, taking shelter in what remained the only untouched part of the paddock.

Getting the rams ready...