One of the 25 new firefighting trucks aimed to boost CFS capabilities for the upcoming bushfire season has been delivered in the Adelaide Hills. 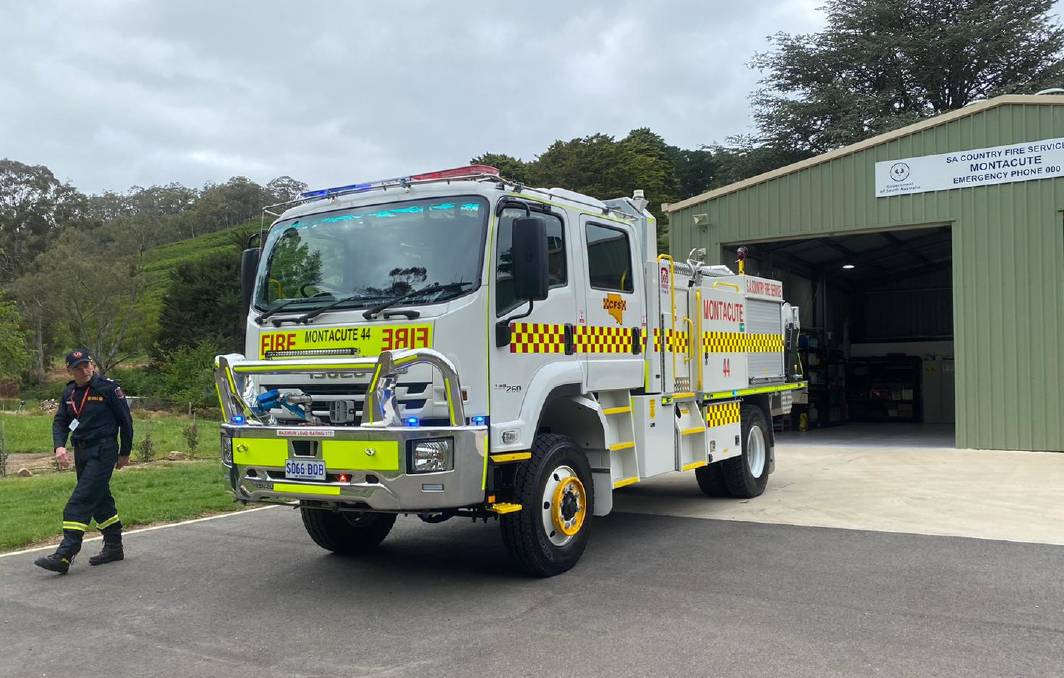 The new truck is one of 25 that will boost capabilities of the CFS fleet for the upcoming bushfire season, while a further 16 trucks are being refurbished to include sprinkler systems designed to protect firefighters on the fireground.

"New trucks are being rolled out to our CFS volunteer groups and will make a significant difference in their ability to protect lives and protect property during the upcoming bushfire season," Emergency Services Minister Vincent Tarzia said.

On top of that, 55 thermal imaging cameras have been procured and are being distributed to each CFS group in the state to improve intelligence on a fireground.

"The thermal imaging cameras have heat sensors that are capable of detecting tiny differences in temperature, assisting firefighters to pinpoint the location of a fire's origin and the extent of its spread," Mr Tarzia said.

"The action plan is about safeguarding our future," Mr Tarzia said.

RELATED READING:Andrew Forrest plans to extinguish bushfires within an hour

A total of 68 findings and 15 recommendations were identified as part of the Review and five key themes highlighted, including:

"It's vital that our trucks are fitted to the appropriate safety standards, including the installation of sprinkler systems, so that if our personnel are caught in a fire, they have the optimal chance of remaining safe," he said.

"During bushfires the thermal imaging cameras will be important in identifying hot spots and allowing the crews to prioritise their firefighting and mopping up efforts, but they will also help with many of the other events that the CFS attends over the year.

"Thermal imaging cameras can also identify areas of concern that may not be visible to the naked eye, like underground burning roots or heat within haybales, and in the event of structural fires, they will be vital in helping crews see what's happening inside walls and roofs."