ARDENE Australian White genetics were in strong demand, selling to five states and setting a stud record of $8000 at Mount Torrens on Friday. 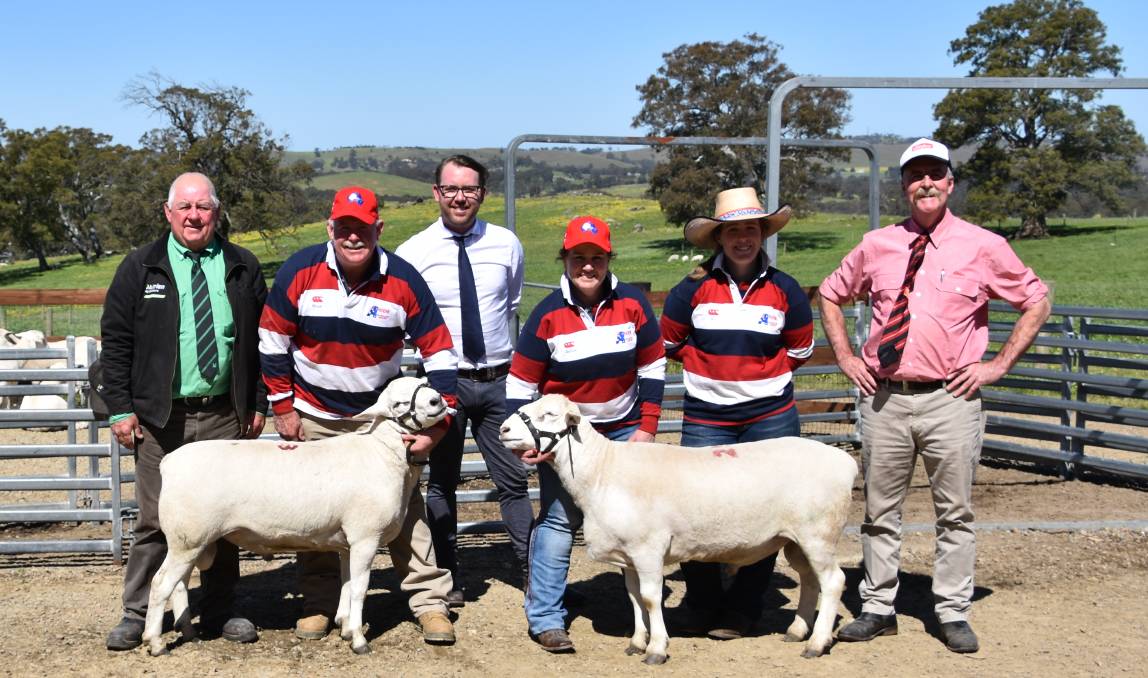 ARDENE Australian White genetics were in strong demand, selling to five states and setting a stud record twice at Mount Torrens on Friday.

There were 44 registered bidders, with buyers on AuctionsPlus being very active to secure more than a third of the catalogue. AuctionsPlus users had 99 bids on 61 of the lots catalogued.

The sale began with the ewe offering, with 14 of the 20 ewes bought on AuctionsPlus and a further three going to a WA buyer over the phone. The top price ewe was lot 1, a June 2019-drop bought for $3500 by Jaylyn Pastoral Co, Kangarilla.

The volume buyer in the ewes was David Omay, Judbury, Tas, who bought eight ewes at an average of $2063.

Related reading:Ardene off to solid start in SA

Bill and Emma Drew are repeat Ardene clients, and have been impressed by the Ardene offering.

"They are like running cattle and do well in the 250 millimetre to 280mm rainfall country."

The Pudneys run about 1300 shedding ewes at Lameroo. They are pleased with the Australian White breed for their ease of management and they prefer them for their frame and structure.

The Pudneys lamb all year round, and Des says the Australian Whites are a "meat producing factory". They say they get very good lambing percentages and they yield well at the abattoirs.

Their lambs have also proven popular online, with Des saying they recently received $320 for five-month-old lambs on AuctionsPlus.

Stud principal Bruce Hodgson was happy with the presentation of the line-up.

"It was a good result with our highest average, with sheep selling to five states," he said.

"We are very excited about the breed and continue to invest strongly. We look forward to working with recent world record purchases Tattykeel Magnum and Tattykeel Martina."

"SA is starting to recognise the potential of Australian White for their doing ability and meat eating quality," he said.

"Ardene are investing heavily, as seen at the Tattykeel sale last week. Australian Whites are the most exciting breed in Australia at the moment."

The sale was conducted by Elders and Nutrien Ag Solutions, with Elders Mount Pleasant the duty agent.