SA suicide prevention charity Ski For Life is set to launch a new virtual support platform, with a focus on providing real-life experiences and relatability for those looking to reach out for help. 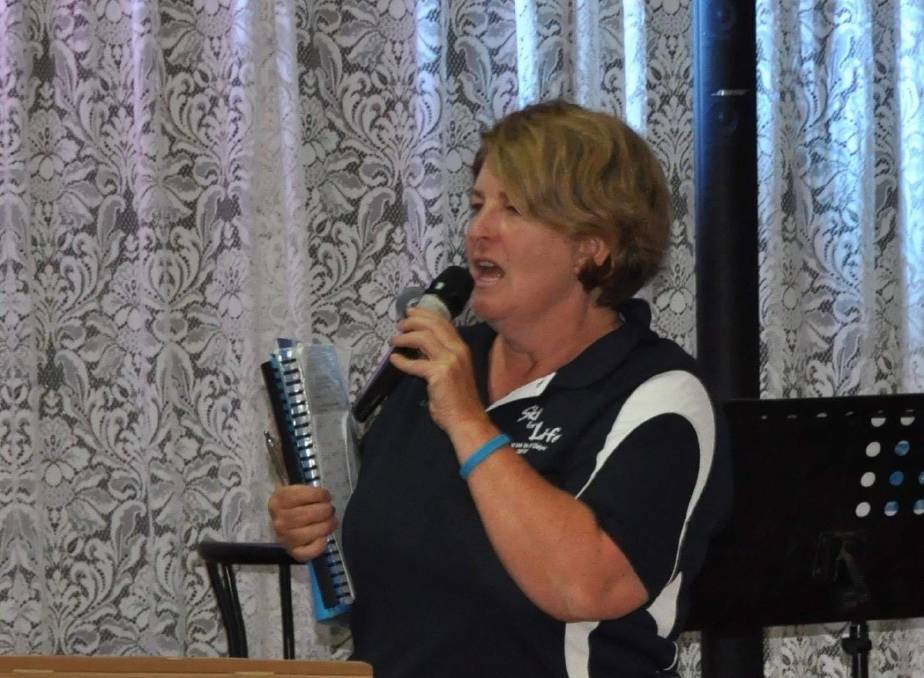 SA suicide prevention charity Ski For Life is set to launch a new virtual support platform, with a focus on providing real-life experiences and relatability for those looking to reach out for help.

The app, called Life Jacket, has been made possible by a $10,000 Community Grant from the Commonwealth Bank, and is looking to change the trajectory of the alarming suicide and mental health statistics in Australia.

According to Australian Bureau of Statistics data from last year, every day, three million Australians live with depression, with eight Australians taking their own lives, six of those being males.

Launching shortly with support from StandBy Support After Suicide's Tracey Wanganeen, Life Jacket will initially have eight videos of stories of those who have struggled with mental health previously, with more videos to come in the future.

Tips, tools and strategies around resilience, overcoming adversity, and navigating through challenges and tough times will also be available on the app, as well as mindfulness and wellbeing tools, and information on how and where to access to support.

The app will be hosted by mental health advocate Ben Pettingill, who lost 98 per cent of his eyesight when he was 16 years old

At 25, Mr Pettingill is now a motivational speaker, sharing stories of his own mental health troubles in the past. He has been involved with Ski For Life since 2018.

Mr Pettingill - who is based out of Melbourne - said positivity was a standout feature of the charity - a factor which would be evident on the new platform.

We really want to leverage the power of sharing people's real life experiences, because that's what people relate to. - BEN PETTINGILL

"We're coming at it and approaching mental health from a different angle, putting a positive perspective and spin on mental health, making people feel comfortable and confident to talk about it, but in a proactive way, using real life stories as a key driver behind that," he said.

"A lot of organisations in this space sometimes keep it quite content heavy, we really want to leverage the power of sharing people's real life experiences, because that's what people relate to.

"When people are doing it tough they don't want to feel alone, they want to feel like there are others who have made it through similar experience, to show that there is light at the end of the tunnel.

"We're showing and telling stories of these people - yes we're providing links and information, but that's secondary to the focus on real-life experiences."

"It's one thing to be able to talk about mental health struggles with your best mate, or a professional, or someone that you trust, but to stand up as a role model and say I've been through something tough', and really showcase vulnerability, has the potential to make people feel comfortable right across the country."

"If you break a bone, you go to the doctor, because you realise it isn't right, and you have to get it sorted, but as soon as you feel like your head is broken, ego and pride get in the way and you try to fix it yourself... you wouldn't try to fix a broken bone yourself," he said.

If we could save one person, it would be worth every cent. - JANE KELLOCK

Established eight years ago, Ski For Life's major fundraising an awareness event each year is a 500-kilometre water ski relay along the Murray River on the March long weekend, from Murray Bridge to Renmark.

"Skiing is one part of the event, it's what gets the people together, but what we do when we're on the trip, where like-minded people can sit down and have conversations, is quite amazing," Ms Kellock said.

"The conversations I've heard along the way, of people who you would never expect to open up, is incredible."

The money raised at the event is used to fund grant applications submitted to the charity, with 10 and 20 grants funded each year.

"Funds are still available for programs of work in regional and rural Australia, so if someone has an idea and would like our support, I would encourage them to get in touch," she said.

Ms Kellock was hopeful the app would be helpful to many people across SA and interstate, particularly in a time when many are struggling due to COVID-19 lockdowns, and drought.

"As far as numbers are concerned, I have no idea how small or big the effect of the app will be, but I'm hoping that we can reach those regional areas, and reach those people who find it really difficult to ask for help," she said.

"If we could save one person, it would be worth every cent."

For more details, to donate, or to become a sponsor of the Ski For Life water-ski relay, visit the charity's website.