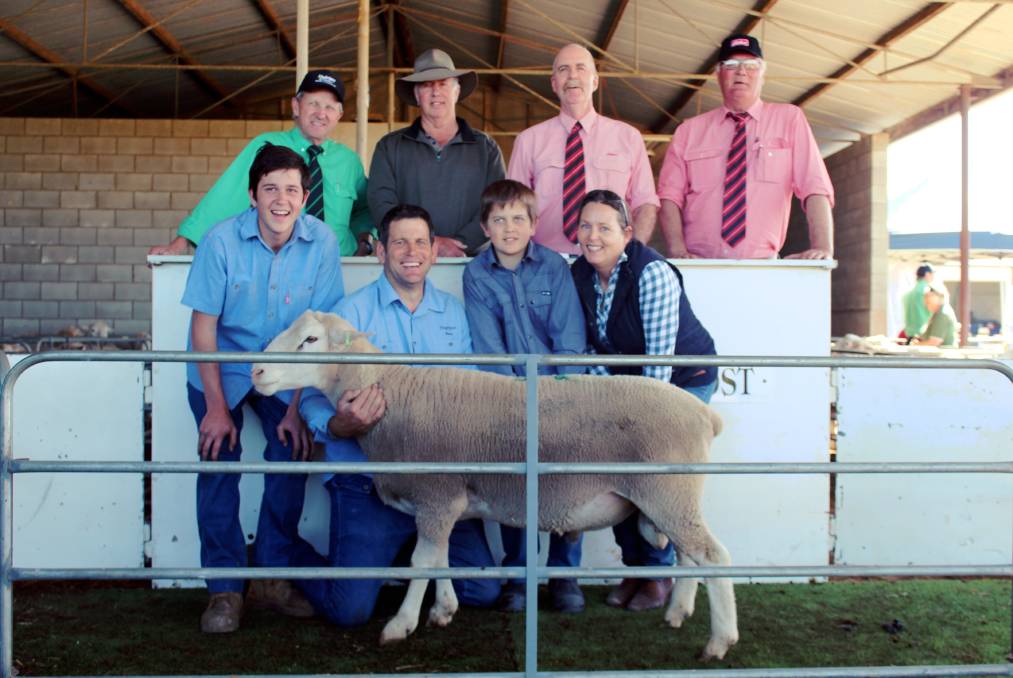 Return buyer RJ&AJ Simcock, Tailem Bend, bought the first four rams for an average of $2025, including the sale's top price ram at $2600.

The rams will be used over Merino ewes for April/May lambing and targeting the trade and store lamb markets with a 22-kilogram to 23kg carcase weight.

Mr Burbidge also bought three rams for his own use.

The Gale family continue to donate to the McGrath Foundation to support breast cancer research. This year, $1300 will be donated.