The team at Stock Journal weren't willing to let Adelaide Show week go by without a huge effort. 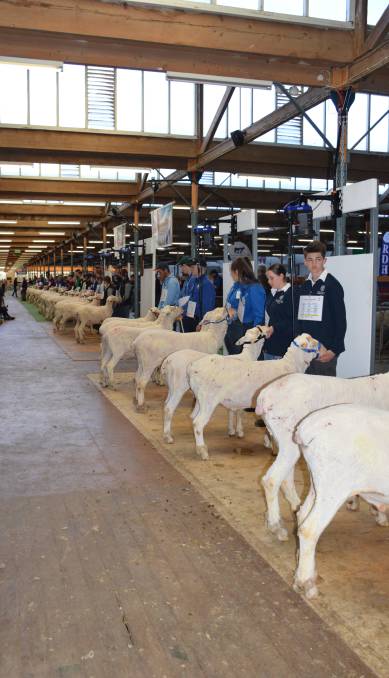 IT was definitely a sad state of affairs when it was announced in April that the Royal Adelaide Show would not go ahead this year because of COVID-19 restrictions.

The concept was never in our wildest dreams as it is THE biggest event in the Stock Journal calendar and for many of our livestock producers.

What do you mean we are not going to spend all day, and often long nights, living and breathing the sights, smells and sounds of the Wayville Showground in early September?

It was not a prospect the team here at Stock Journal were willing to entertain, particularly after a poignant piece from our esteemed livestock editor Catherine Miller hit a soft spot for many of our readers online.

It inspired us to start thinking about how we could still create something special to mark the occasion, even if there were minimal show events to be covered.

First came Stock Journal's very own Steer Showdown, which became the outlet for many schools to showcase their 51 entries to a big online audience, following the cancellation of the show's on-hoof steer carcase competition.

RELATED READING:Show to bounce back in 2021 despite financial blow

Across three days, more than 3000 of you tuned in to watch the online judging, extremely well presented by Iranda Beef feedlot manager Tom Green. His eye was so on the mark, that his grand champion Quitters Never Win was also named champion export carcase in the show's 2020 on-hook steer carcase competition.

The entries in Steer Showdown represented about half of the animals entered in the on-hook competition - a brilliant effort on such short notice.

Stock Journal's show week also continued on our website through a Royal Adelaide Show landing page, where many historic moments were celebrated, including Royal Rewind stories and photo flashbacks from our archives. Some of the galleries had nearly 100,000 pageviews, which showed how keen our readers were to relish in yesteryear.

Our Adelaide Merino and Poll Merino ram sale coverage was also well-viewed, with nearly 4000 of you watching the sale and post-sale interviews on Facebook. The School Merino Wether Competition presentation had similar viewing figures.

This week's edition sadly marks the end of the show, but both our Steer Showdown and Royal Adelaide Show landing pages are still up on the Stock Journal website, so make sure to check them out!