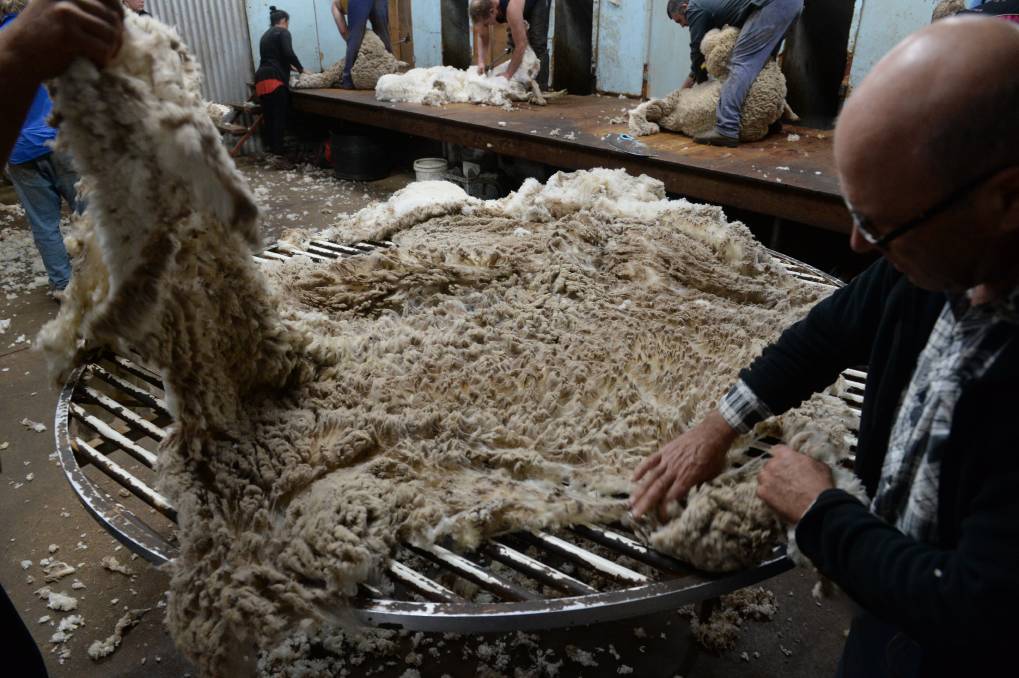 Impacts of slow global retail sales continue to create bumps throughout the wool supply chain back to growers.

The mood in wool sale rooms across Australia was much brighter last week, with early stage processors having placed enough orders to provide a bit of a spark into the previously beleaguered market.

There were not many downstream orders for fabric or garments reported, so the market did not get carried away. But the trends were a welcome change from the previous weeks of negativity.

On Tuesday, the market lifted by 50 cents a kilogram across most Merino and crossbred fleece types.

On the second day of selling, in Melbourne, buyers were a little more circumspect and selective - so prices eased back by about 15-20c/kg.

In the final wash-up for the week, the Australian Wool Exchange Eastern Market Indicator (EMI) finished 32c/kg higher in local currency terms. This was up 12c/kg in US Dollar terms and 16 Euro cents higher.

All Merino fleece types fared pretty well, as did the skirting sector and crossbred wools - which finally stopped falling. The carding segment tended to be mixed, but still closed in positive territory at the end of the week.

Plenty of people in the trade will now be pondering if we have passed the bottom of the market. But the answer is no.

Retail is still sick and operators have only just started to offer their autumn-winter collections for this year. This means there is a lack of downstream orders in the market.

But there is definitely a better feeling in the exporting, trading and early stage processing sectors of the industry - and less despondence and negativity than has been seen in the past three months.

There are still plenty of reports outlining the horrors of the retail industry and examples of an inventory glut after such a poor spring-summer sale period.

But while the retail sector is undoubtedly carrying a lot of leftover stock from the just-finished season, the pipeline had already contracted significantly in the past six months - so that there is unlikely to be a repeat in coming months.

That contraction has been felt all too clearly right back up the chain to the greasy wool auctions in Australia and South Africa, resulting in the drop in demand and the 50 per cent price correction.

Retailers are having to find storage space for their leftover summer stock, but at least they have already pared-back their inventory for the coming season to reflect the expected sales volumes for the coming five months.

Perhaps things will ramp-up and there will be a sudden surge for top-up orders. We can only hope that is the case.

So, in a 'glass-half-full' approach, the apparel clothing industry may have now positioned itself to more adequately service the 'pandemic consumer'.

Sales volumes, and therefore demand, will not satisfy the production pipeline as it currently exists. There will have to be either a large adjustment in capacity, or an increase in demand.

Given that the need for clothing has not fundamentally decreased, and remembering that Merino wool still only accounts for 1.3 per cent of the world's apparel market - and it may potentially increase as people emerge from the pandemic more concerned about the natural environment, their own health and with increased perceptions of value - the demand for wool will surely return at some stage down the track.

Exactly when this will take place is probably something we will only be able to ascertain with the benefit of hindsight.

Whether consumers are waiting for the US elections to be run and won, or for COVID-19 to beaten - or just for the world's politicians to simply stop controlling their daily movements - we don't know exactly.

But, at some point, enough people will return to shopping malls and keyboards for the retailers to collectively breathe a sigh of relief and start talking about new orders.

Everyone has on eye on daily global COVID-19 infection rates and the impending winter season for the northern hemisphere, hoping that it does not bring a further outbreak to those areas where the virus is slowly and steadily being brought under control.

While it is very easy to find negative statistics in the current environment, it is also fairly simple to highlight those data that point to a more positive outcome that is brewing as well.

Recent data showing the number of job openings in the US indicated a 617,000 increase compared to a month earlier - when it was 6.6 million. This was above the 6 million market expectation, according to a HSBC report.

Of these openings, the largest gains were in retail trade and - hopefully - quite a few involve selling apparel.

The political posturing on both sides of the Pacific continues. Although there is an official election scheduled in only one camp, both presidents are no doubt working hard to increase or maintain their domestic approval ratings.

Despite the perceived lack of progress in trade negotiations between the US and China, the Phase One deal is still in place and China is hoovering-up American agricultural produce in-line with its commitments.

So, while the political posturing continues - and the media makes 'big deals' out of mostly small issues - scientists are still beavering away trying to create that elusive COVID-19 vaccine which will undoubtedly be the trigger for things to begin to return to normal, or some version of it.

In the real world of wool growing, we hope that the coming week can provide at least another firm sales result and slowly build to a positive recovery towards the end of the year.