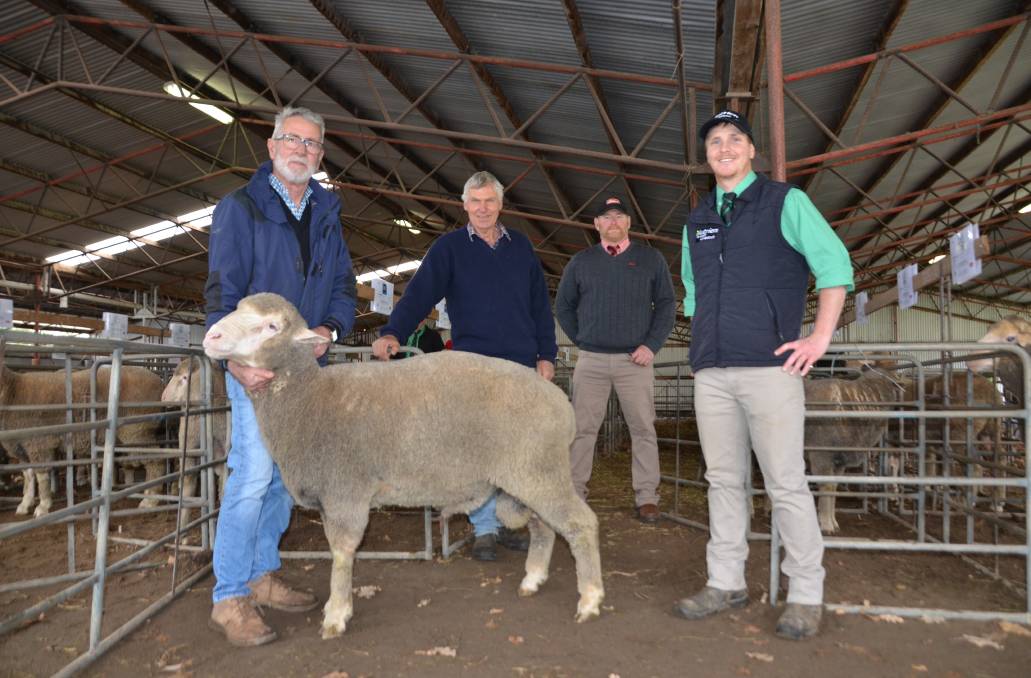 Forty-two rams were sold from the two studs, with the $3400 top price ram being sold by Koonik, to return buyer Philip Reid, Normanville.

It also had an 18.7 micron fleece that measured 99.1 per cent for comfort factor.

These rams will be heading to the Morgan property and Mr Reid said the top price ram's balanced figures stood out in the catalogue.

"It was a nice type and its indexes were good. I was looking for a meaty ram to help produce meaty lambs and quality wool on the ewes too," he said.

The buyer secured six rams in total, from all three bloodlines, averaging $2016.

The $3000 second-highest price ram was also sold by Koonik to W&P Caldow, Edenhope, Vic, through Fox and Lillie Rural, Vic.

The same buyer bought a further four Koonik rams including one from Hamilton Run, averaging $1820 across the five.

Stud principal said Greg Peters said he was pleased with the sale but expected prices to be "down".

"Consistent rams were put up this year but it has been a year of challenges," he said.