Despite challenging seasonal conditions on the West Coast, there was fierce bidding competition at the top end of the catalogue at Pimbena's 27th annual on-property sale on Wednesday last week, with a new client securing the top price ram for $5000 - a record for the Wirrulla stud. 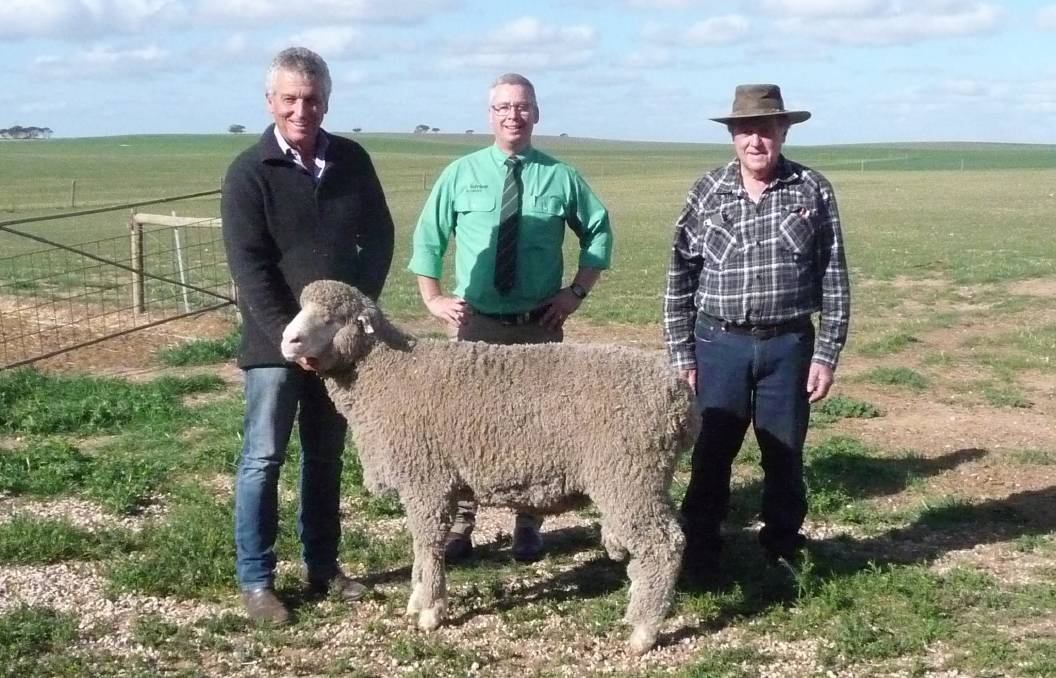 Despite challenging seasonal conditions on the West Coast, there was fierce bidding competition at the top end of the catalogue at Pimbena's 27th annual on-property sale on Wednesday last week, with a new client securing the top price ram for $5000 - a record for the Wirrulla stud.

The sale-topper, lot 3, had a fleece measuring 17.3 micron, 2.7 standard deviation, 15.8 coefficient of variation and 99.8 per cent comfort factor.

Bought by Bill Walker, Classings Limited, on behalf of first-time client Darren O'Brien, O'Brien Poll and Dohne Merino, Kyancutta, the 91-kilogram ram was one of 11 in the line-up sired by Pimbena-509 - a sire which was one of the top two rams in the 2019-20 SA Merino Sire Evaluation Trial.

It was without question the best presentation of rams at Pimbena to date. - GORDON WOOD

Pimbena stud principal Leslie Hamence said the 11 rams in the line-up from the Pimbena-509 "went off like rockets", averaging $2900, but the sale fell away due to the tough season in the area.

"There was some repeat clients present, but there were also a fair few that weren't here, they didn't need rams this year because of the season w'eve got up here," he said.

"That knocked the tail end of the sale out, when normally that goes pretty well."

Mr Hamence was happy with the prices made on the top rams, with the second top price of $4700 paid for lot 6, a sire bought by Ramsgate Poll Merinos, Tintinara - also a new client.

Stevens Farming, Seymour, Vic, was the volume buyer on the day, with Bill Walker, Classings Limited, buying on their behalf. Six rams were bought for the commercial operators, topping at $1000 and averaging $867.

Nutrien conducted the sale, with Gordon Wood as auctioneer.

Mr Wood was pleased with the sale result for Pimbena.

"The sale was quite strong, the average at the majority of the other sales so far have gone down, so (Mr Hamence) has had a win - for his average to have gone up by as much as it did is fantastic," Mr Wood said.

"It was without question the best presentation of rams at Pimbena to date.

"The are a paddock-run offering, but Leslie did a bit of supplementary feeding with the rams this year to express their genetic potential, and that has paid off."