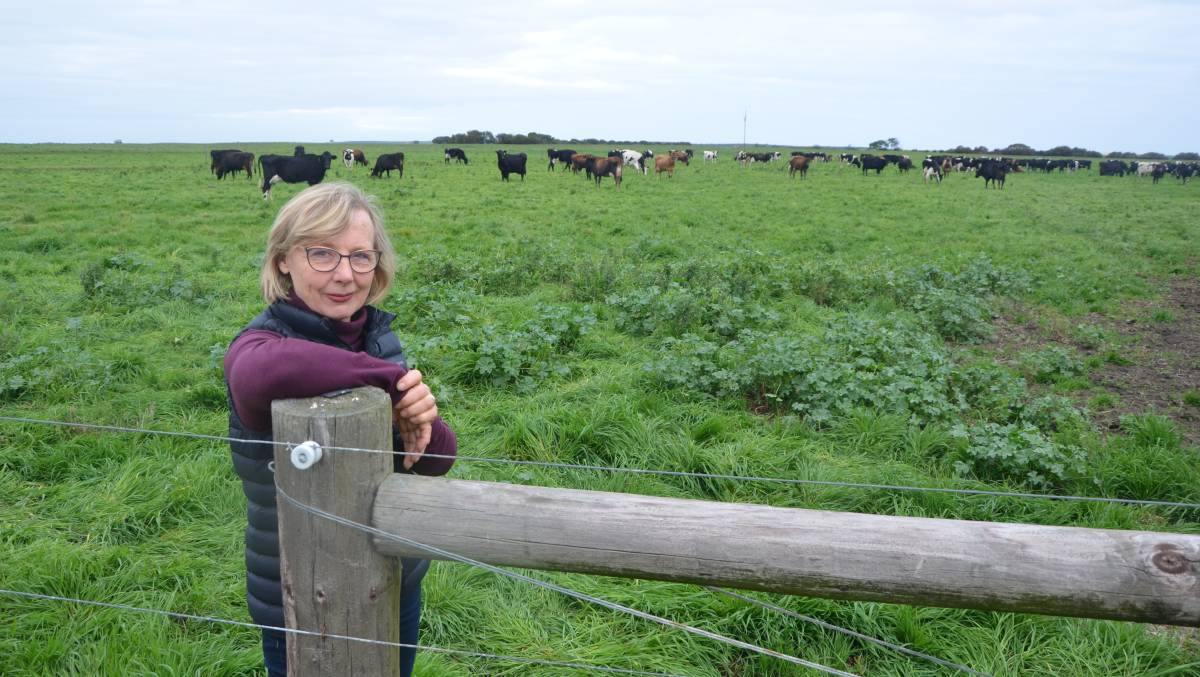 FLAWED PROCESS: Narrung dairyfarmer Cathie Harvey says the time frame given to councils, to organise and present a business case on why to keep a GM ban, is too short.

A PRE-EXISTING genetically-modified free policy and varying constituent views are among the significant challenges facing SA councils as they determine whether to lodge an application to remain GM-free.

A PRE-EXISTING genetically-modified free policy and varying constituent views are among the significant challenges facing SA councils as they determine whether to lodge an application to remain GM-free.

The onus was put on councils when the state government made a deal with the opposition to lift the GM moratorium in May, but give local councils six months to apply for the ban to remain in their district on an economic basis.

While the ultimate decision on any GM bans remains with Primary Industries Minister Tim Whetstone, the Adelaide Hills Council are in a unique position having adopted their own GM-free policy in 2012.

"In light of the state government's recent decision to lift the moratorium on GM crops, this policy will need to be reviewed," Mr Salver said.

He said the matter would be reported to the council's July 28 meeting.

"Included in the report will be a Stakeholder and Community Consultation Plan, which will involve consultation with the RLMAG, various primary production groups and the broader community to establish whether or not the policy position should change," he said.

Mr Salver expected there to be conflicting views from both the farming and general community and expects an application decision at the council's September meeting.

Northern Areas Council mayor Denis Clark said his council had opted against consultation, due to the time and costs associated.

"We've got no position on whether it's right or wrong," he said.

"As far as I'm concerned, there has already been enough consultation done and for us to go out and do more consultation is a waste of resources. The minister is going to have the final say anyway."

Coorong District Council and City of Onkaparinga have conducted surveys and are expected to make application decisions by mid-September.

Barossa Council mayor Bim Lange said it was important for them to consider the views of councils with a similar farming mix - such as Adelaide Hills and Onkaparinga - when making an application decision.

"This number provides a strong indication of the opinion of farmers from across the whole of the EP," he said.

"Those in favour of the ban being lifted cited agronomic advantage, technological and trait development, and choice and flexibility for growers as some of the reasons for supporting, while those against spoke about market disadvantage and contamination risks as some of their reasoning."

The survey results will be sent to individual councils for further action.

Tatiara District Council mayor Graham Excell said his council was unlikely to apply for GM-free status, but the topic would be discussed at their mid-July meeting.

Any council applications to remain GM-free must be submitted by September 30.

They will be assessed by the GM Crop Advisory Committee and referred to Mr Whetstone for consideration, with any GM-free declarations to be published in the Government Gazette before November 15.

"Only 2 per cent of cropping area in SA is canola and of that 2pc, only 10pc of growers have indicated they want to grow GM," she said.

"For 0.2pc of cropping area, we are jeopardising the whole state's GM-free, clean, green image.

"I can't see a good reason to give the ban up now.

"Perhaps you could revisit it in future if something amazing came along."

While also concerned about potential contamination issues and potential discounts to SA canola prices once GM was introduced, Dr Harvey said reputation and economic harm were enough reason to maintain the GM moratorium.

Dr Harvey said Kangaroo Island's agreement with Japanese buyers, and their deal to remain GM-free, was an example of what could be achieved across the whole state with considered use of marketing and lifting the ban meant SA would lose a significant marketing edge.

Dr Harvey was also critical of the governmental process in removing the ban, saying dragging councils into the decision-making process was a "cop out".

She said the cut-off date of September 30, by which a council would have to prove an economic reason for maintaining a GM ban, did not give adequate time for consultation and to present a considered case.

"Once they hold consultation, they've then got to put forward financial proof of people or businesses being disadvantaged or having loss of market access," she said.

"Then the state government has the final decision anyway."

Primary Industries Minister Tim Whetstone said with debate about GM crops ongoing for two decades, they would be surprised if food producers didn't have a view one way or another.

"Six months is ample time to conduct thorough consultation to allow decisions to be finalised before the 2021 growing season," he said.

"Under the legislation, GM crops and seed will be able to be transported through non-GM crop cultivation areas."