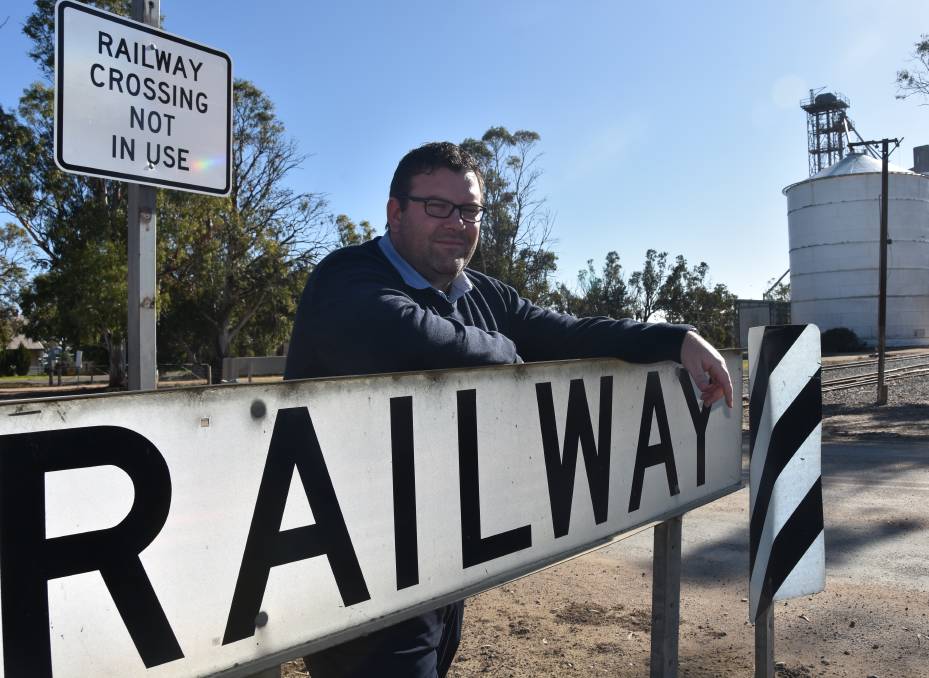 SAFETY: Tim Blacker at the rail crossing near the Viterra silos which was a factor in the council refusing the application for the 42-metre road trains on Railway Terrace.

LOWER Eyre Peninsula District Council has refused the use of Railway Terrace for larger road trains and is hoping to work with the government to find suitable solutions.

LOWER Eyre Peninsula District Council has refused the use of Railway Terrace for larger road trains and is hoping to work with the government to find suitable solutions.

At its meeting on June 19, the council refused an application made through the National Heavy Vehicle Regulator to allow 42-metre A-triple road trains along Railway Terrace between Bruce Terrace and the Viterra entrance.

The decision was based on two safety concerns, the first being narrow railway crossing in this section of road which should be eight metres wide and is instead 6.5m wide.

The other concern is with the use of the Bruce Terrace/Railway Terrace intersection, particularly at harvest which could cause a safety risk to motorists.

The council's director of works and infrastructure Tim Blacker said there were concerns about the suitability of an investigation into the use of A-Triple road trains between Cummins and Port Lincoln.

"Conducting one run during off-peak time and not during harvest season did not accurately show the levels of congestion and other potential risks involved," he said.

"District Council of Lower Eyre Peninsula is happy to work with the State in order to provide local knowledge and identify any solutions to ensure the safest operation possible."

The council is asking for the state government to address the concerns about the rail crossing and the suitability of the intersection in its current layout before it could change its stance.

In a report prepared for the meeting it was identified the use of 42-metre A-triple road trains was likely to result in about 10,000 truck movements per annum along this section of Railway Terrace just to move grain between the Cummins Viterra site and Port Lincoln.

Mr Blacker said the increase of road trains was sure to have an impact on the town itself, as well as those travelling between Port Lincoln and Cummins.

"The longer a truck, the more overtaking time is required and there are very few opportunities to overtake a truck between Cummins and Port Lincoln as it is," he said.

"Within the town of Cummins there is some, but limited parking ability for road trains and increasing to 42m road trains will only exacerbate that issue."

Member for Flinders Peter Treloar said a suitable solution needed to be found and was sure the state government would work closely with the council to address any concerns.

"I understand completely the concerns of the District Council of Lower Eyre Peninsula, but practically we need to find a way to accommodate the increased size and number of trucks on our roads," he said.

"As a state government we will work with the council to find a suitable solution."