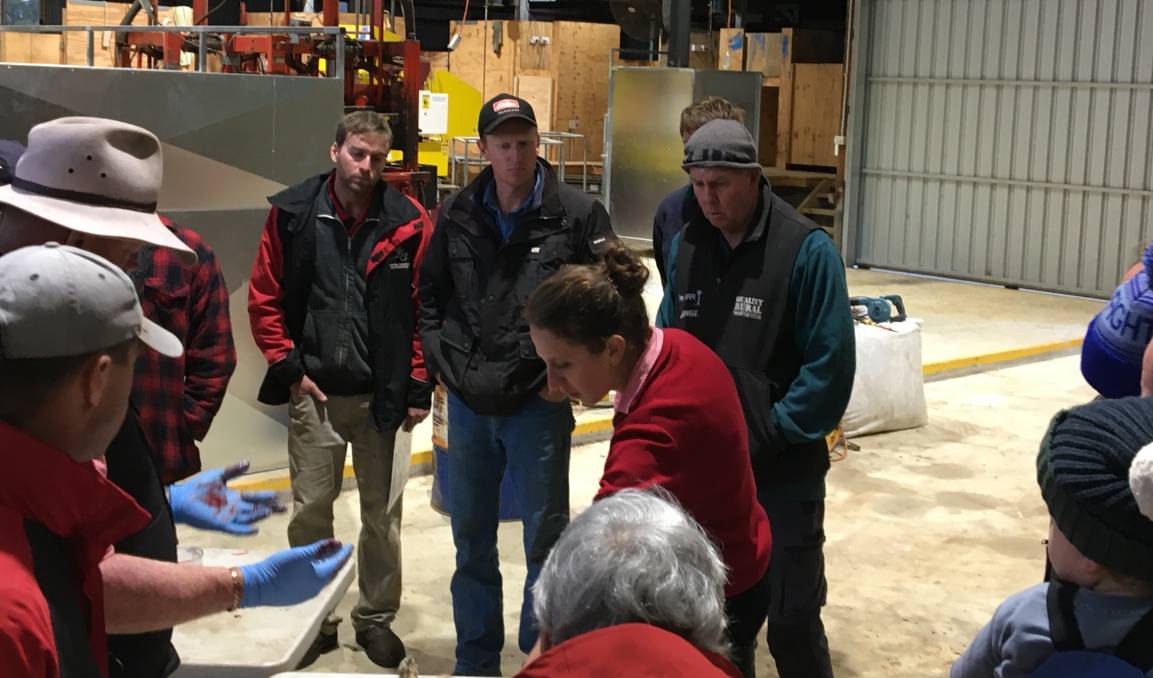 Elders livestock production advisor Steph Warwick taught farmers how to identify common causes of death in lambs, the most common found to be mismothering.

Three workshops were held over the course of the day, starting at Gosse, then heading the Penneshaw and finishing in Macgillivray.

More than 40 producers attended the workshops and a "recap" barbecue was held at Stranraer Homestead.

Dr Warwick is a qualified veterinarian, having graduated as a Doctor of Veterinary Medicine, from the University of Adelaide's Roseworthy College in 2013.

She has worked as a mixed-practice country veterinarian, predominantly at Strathalbyn, and has always had a strong focus on production animal herd health.

Her role is to work with Elders clients from KI through the Hills and Fleurieu, across to the Mallee and Upper South East.

The Livestock Production Service is a practical, on the ground, consultancy service for Elders clients, to help them get the most from their livestock.

The story Lamb autopsy workshop held on KI first appeared on The Islander.