It is hard to find suitable spray days at present, but farmers are being warned not to risk using clethodim when it is frosty. 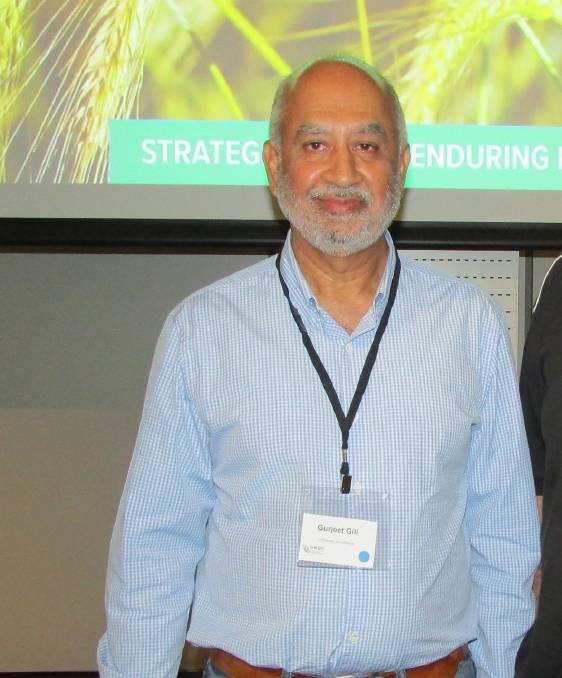 Gurjeet Gill, of the University of Adelaide, has found clethodim efficacy is severely impacted by frost.

IT IS the murky depths of winter and finding a good spray day can be hard to find.

Finding a gap between showers can be hard but often the fine weather is accompanied by a frost in the morning.

And researchers have found the cold starts to the day can have a major impact on efficacy with some products.

Gurjeet Gill, of the University of Adelaide, found that the effectiveness of the popular herbicide clethodim was greatly impaired when it went out within a two to three day window either before or after a frost.

Clethodim is a popular weapon used to control ryegrass, but instances of resistance are becoming increasingly prevalent, particularly in Western Australia.

Dr Gill said it meant farmers needed to be aware of the forecast when using clethodim, a group A herbicide.

"Growers are advised to carefully review weather forecasts for their district and spray clethodim when cloud cover is present and the risk of frost occurrence is low," Dr Gill said.

"Ideally, spray small ryegrass plants under warmer and frost-free periods for the best results with clethodim," he said.

"We want the ryegrass to be actively growing and stress-free for clethodim to do the best job," Dr Gill said.

In spite of the resistance found in WA he said clethodim was still a valuable tool for many.

"In many cases, clethodim still provides reasonable ryegrass control provided weeds are sprayed early and at a time when frost is unlikely to occur two to three days before or after spraying," Dr Gill said.