As COVID-19 restrictions have started to lift, there has been a resurgence in recovery efforts following the Cudlee Creek bushfire, which tore through more than 23,000 hectares of land in the Adelaide Hills in late December. 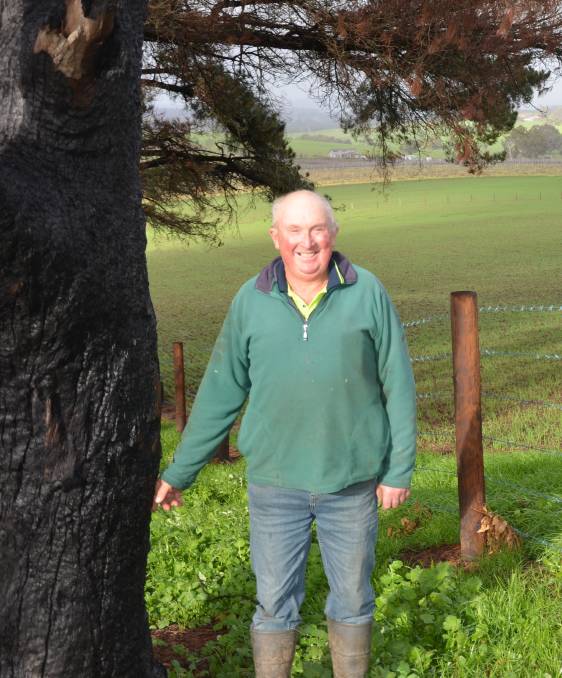 As COVID-19 restrictions have started to lift, there has been a resurgence in recovery efforts following the Cudlee Creek bushfire, which tore through more than 23,000 hectares of land in the Adelaide Hills in late December.

The fire destroyed 98 homes, with a further 56 damaged, and more than 3800 head of livestock were lost. So far, 277 properties have been cleared, with more than 4300 tonnes of waste removed.

A total of 982 payments, totaling more than $3.25 million, have been paid out from the SA Bushfire Appeal to fire-affected people throughout the Adelaide Hills.

Cudlee Creek fire recovery coordinator Alex Zimmerman said while COVID-19 restrictions had hampered many volunteer efforts and removed the impetus of recovery, plans to move forward were once again under way, with an increased number of building and development applications starting to be received by the council.

Mr Zimmerman said many people had initially been wary to ask for help, but the compounding negative effects of the fire and COVID-19 had led to more people reaching out for assistance.

He said primary producers - including vineyard owners, orchardists and livestock producers - were more optimistic due to the wetter weather.

Recovery is a simple notion, but an exceptionally complex task. - ALEX ZIMMERMAN

"There has been a lot of impact on the primary production side of things, but there is greening of landscapes, and people are starting to feel more positive about re-establishing and rebuilding their businesses," he said.

In the initial stages following the fire, Mr Zimmerman said the focus had been on ensuring people were safe, had accommodation and could access insurance and grants, with the Australian Defence Force also assisting in January and February to clear debris, and cart water and fodder for stock.

With refencing and rebuilding efforts under way, Mr Zimmerman said the focus had also shifted to include bushfire education.

"There are many gaps in knowledge within communities, so we are really focusing on working with the CFS to give people the knowledge they need to make life-saving decisions," he said.

Mr Zimmerman said community engagement to reestablish connections would be a prominent part of the ensuing recovery effort.

Grant support is still available from the SA Bushfire Appeal, as well as organisations such as PIRSA, the Salvation Army, St Vincent de Paul and Red Cross, with concessional and working capital loans also available at low interest rates.

Due to the plethora of available support, Mr Zimmerman encouraged people to contact the Cudlee Creek fire recovery centre in the first instance when seeking help.

"There are people here who can help, they are amazing people with a wonderful connectedness with the community," he said.

"Recovery is a simple notion, but an exceptionally complex task," he said.

"There have been no major equipment shortages or hold ups, and I got some really great help from family and friends when clearing debris," he said.

About three quarters of Mr Juers 76-hectare property Clover View was burnt by the fire, with the blaze taking out most of the dryland area.

RELATED READING:Keilira gets back on feet

Five kilometres in fencing was lost - about a third of the total fencing on the property - but after securing a primary producers grant from PIRSA for fencing material, 90 per cent of the fencing has been replaced, with creosote posts being used.

"Our creosote posts seemed to stand up to the fire much better then the CCA ones," Mr Juers said.

"If another fire comes through, we're hoping it won't affect the fencing quite as much."