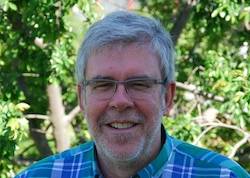 There was a sharp rise in CBOT futures at the end of last week.

Last week the combination of a falling Australian dollar and rising United States futures prices pushed the $A value of Chicago Board of Trade futures sharply higher.

The moves were extraordinary and pushed the $A value of nearby futures to $342.50 for the start of this week. This now eclipses the highest value for CBOT futures in $A terms seen since the global food crisis in early 2008, when a combination of trading scandals and global tightness in gain stocks saw extreme volatility in the market.

The big move came on Thursday night last week, when the Australian dollar settled below 58 US cents at its lowest daily close since January 2003, and US futures rallied close to US27c. That alone added $A18.86 a tonne to May futures on top of an $A17.69 rally the night before. The gains held on Friday night ready for the start of this week.

Australia's cash market has also risen sharply, and to be honest it has no choice. If local end-users don't try to match the offshore price moves, it will make it too easy for an exporter to simply secure another export order to maximise the value of their own inventory.

So, what has triggered the sharp price gains? As always there is a combination of factors, but it is clear that currency moves are a major driver. Here we have the upheaval of the COVID-19 pandemic, and the impact of declining energy prices.

On the grain market front there has been support from sales of US wheat to China, and the global run on food supplies by consumers (it is not just Australians stripping supermarket shelves) as they prepare for an extended period of home quarantining. This is now rippling down to the millers and other food producers.

At a country level there is now the risk of importers moving to lift purchases to ensure food security during April and May when the pandemic is expected to peak.

We have also seen a decline in the Russian rouble, which has made the world's largest exporter much more competitive in world markets, and with stocks to sell still.