Banks can show they've got the backs of farmers by immediately passing on, in full, today's rates cut says David Littleproud.

The Reserve Bank of Australia has cut interest rates from 0.5 per to 0.25 per cent, effectively as low as rates can go.

The bank said it would hold the cash rate at the new low "until progress is being made towards full employment and it is confident that inflation will be sustainably within the 2-3 per cent target band".

Rates were cut just over two weeks ago, on March 3, but with the economy being brought to its knees by he coronavirus crisis, the central bank called a special meeting today, Thursday, to take more drastic action. 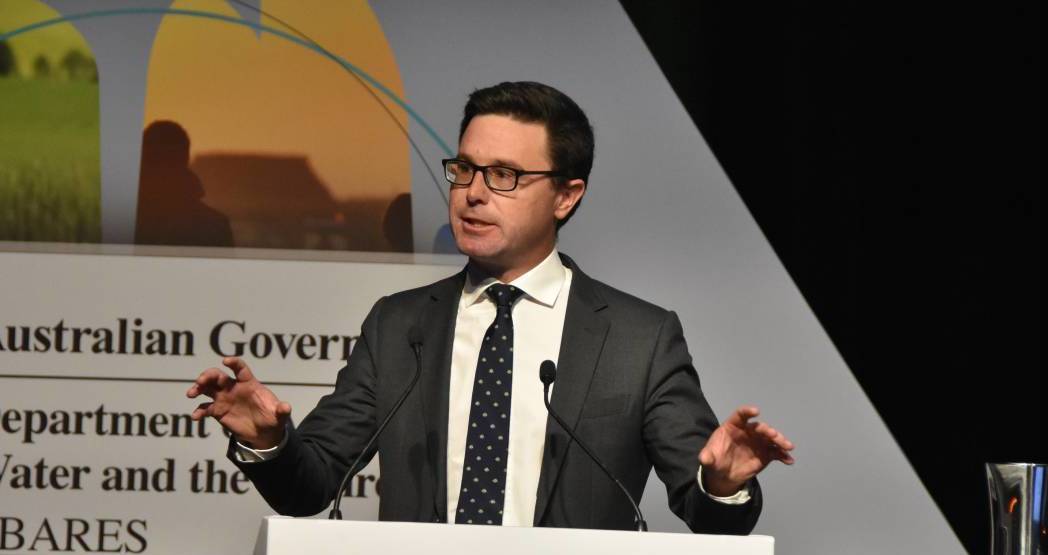 On the back of that action, Mr Littleproud called on the banks to "do the right thing by Australian farmers and pass on the full cut now".

"The Reserve Bank has made this extraordinary move to keep the economy going," Mr Littleproud said.

"This is an economy already in recovery from the drought and bushfires. Now we are facing the challenge of coronavirus.

"Rural and regional communities especially are feeling the impacts. The government has their backs. But we are all in this together and the banks can play a leading role by cutting their rates by the full 0.25 per cent and providing relief now."

The Reserve Bank will begin buying 10-year bonds, to ease longer-term interest rates, after having done all it can on the cash rate.

And it announced a $90 billion funding facility so banks can continue lending to small and medium-sized businesses.

"The Reserve Bank will provide a three-year funding facility to authorised deposit-taking institutions at a fixed rate of 0.25 per cent. [Banks] will be able to obtain initial funding of up to 3 per cent of their existing outstanding credit. They will have access to additional funding if they increase lending to business, especially to small and medium-sized businesses," the bank said.

The bank is focused on ensuring businesses can still access loans, and on easing pressure across the financial system to ensure the virus crisis which is causing economic mayhem doesn't also lead to a financial collapse.

The bank said the coronavirus was having "a very major impact on the economy and the financial system", with a squeeze on the ability to get loans.

Funding markets were only open to only the highest quality borrowers, the bank said.

"Countries have restricted the movement of people across borders and have implemented social distancing measures, including restricting movements within countries and within cities. The result has been major disruptions to economic activity across the world ..

"Financial market volatility has been very high. Equity prices have experienced large declines. Government bond yields have declined to historic lows. However, the functioning of major government bond markets has been impaired, which has disrupted other markets given their important role as a financial benchmark."

The measures it announced would help to lower funding costs across the economy and support the provision of credit, especially to small and medium-sized businesses, the bank said.

"Australia's financial system is resilient and well placed to deal with the effects of the coronavirus. The banking system is well capitalised and is in a strong liquidity position. Substantial financial buffers are available to be drawn down if required to support the economy.

"The Reserve Bank is working closely with the other financial regulators and the Australian Government to help ensure that Australia's financial markets continue to operate effectively and that credit is available to households and businesses."

At the same time, the federal government announced funding of up to $15 billion to help smaller lenders continue lending money, matching the $90 billion from the Reserve Bank for larger lenders. The $15 billion would go to the Australian Office of Financial Management to invest in wholesale funding markets used by small lenders. The move requires legislation to be introduced when Parliament sits next week.