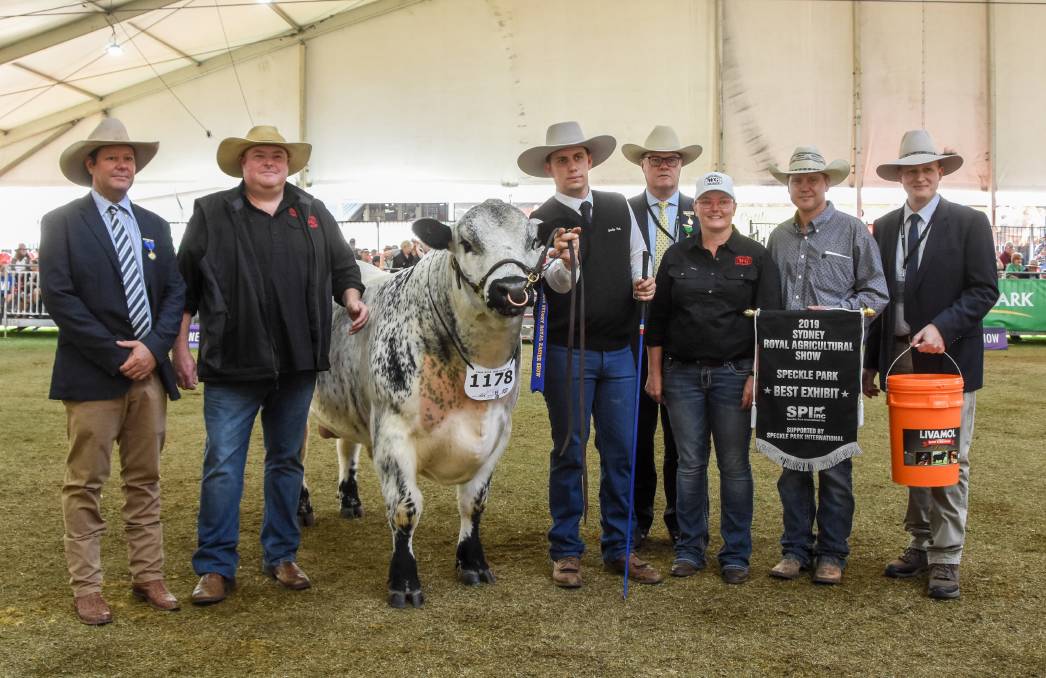 When the Speckle Park breed celebrates its 14th year in Australia in 2021, they will be the Feature Breed at the Sydney Royal.

When the 2020 show opens in a few weeks, Speckle Park will be the fourth largest breed based on entries and breeders are rejoicing in its recognition.

But the following year Speckle Park will take centre stage as the feature breed of the 2021 Sydney Royal as they celebrate a 14th year in Australia.

2021 Feature Show and World Congress committee chairman Paul Long said the Speckle Park breed had featured at other Royal Shows across Australia but this would be a ground breaker at the Sydney Royal.

"As for most breeds, the Sydney Royal Show is the pinnacle," Mr Long said.

"It is great to see so many Speckle Park studs going to the effort to prepare and exhibit their animals to help promote the breed. The Speckle Park International board and its members are excited about being able to showcase the breed to the cattle industry and all visitors to Sydney Royal in 2021."

Mr Long said officials were some distance away from finalising plans for the 2021 show but "some fairly aggressive targets" had been set.

"The committees working on this event have set some fairly aggressive targets with regards participation and numbers," he said.

"As a guide we are anticipating in excess of 175 stud animals to be shown and in excess of 50 purebred and trade steers to be entered for competition.

"We have had an overwhelming response by SPI members and in addition to the seedstock classes, we will also have more than $10,000 up for grabs for Speckle Park purebred and crossbred show steers - split equally among the regular RAS steer classes and a special Speckle Park Feature Class."

Mr Long said showgoers should not consider the striking colours of the Speckle Park to be their only outstanding trait.

"It's what's underneath that really counts," he said.

"They are early maturing, highly efficient, have great temperaments, and are easy-doing.

They yield well, dressing in the early 60% range in a first-cross, and the meat is high marbling, soft and juicy. Restaurant chefs and butchers are really excited about the breed."

LOCAL and international breeders of Speckle Park cattle, as well as representatives of kindred industries, will have Sydney on their radar in 2021.

Delegates from throughout Australia, New Zealand and Canada are expected to visit.

"Interspersed throughout the competitions will be a number of events involving guest speakers and informative presentations showcasing the breed and its members. All of the sub-committees are working feverishly to ensure the event is one to remember," Congress committeeman chairman Paul Long said.

"The conference will be very hands on with a heavy emphasis on the stud show and steers competitions. There will be several networking events.

"We are working on a trade information day and also developing ideas to make the event an educational experience."

The story Speckle Park to feature at Sydney next year first appeared on Stock & Land.