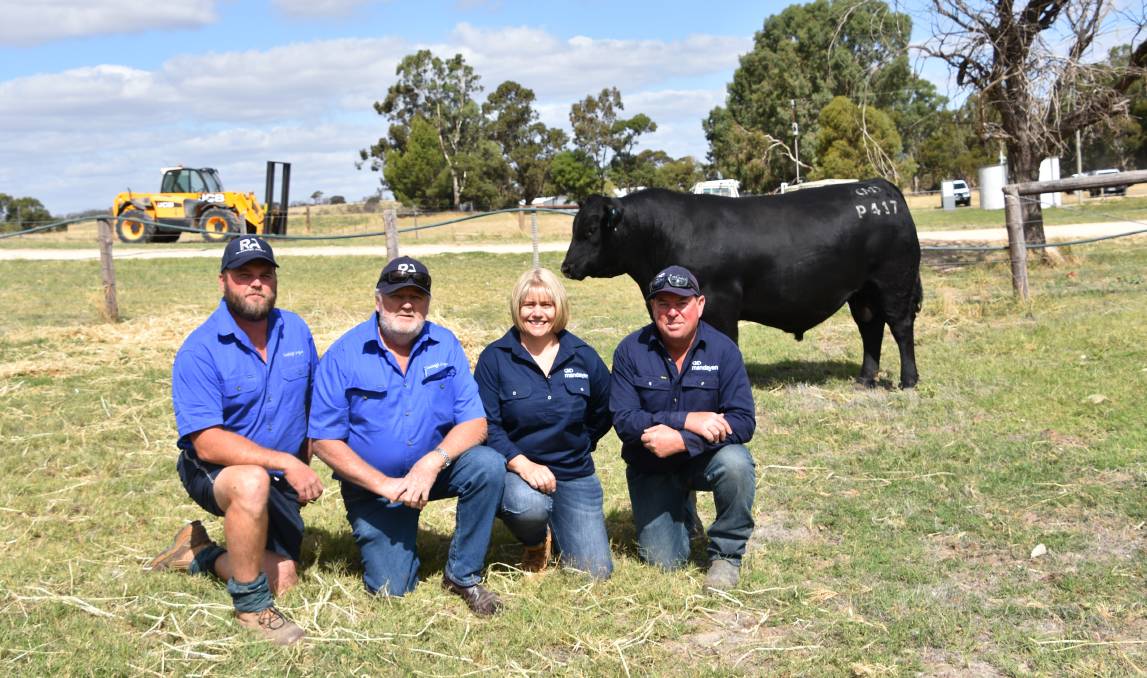 The stud record came at lot 73 for the highly-admired Mandayen Hector P417, a son of Coonamble Hector H249 and out of two year old Mandayen Brenda M401. It weighed 900 kilograms at less than 21 months of age and was knocked down to Mat Cowley, Roseleigh Angus stud, Pinnaroo, with Mandayen retaining semen for within herd use.

Mr Cowley admired the bull for its structure, feet and legs, soft skin, weight for age and good IMF, and said the bull also offered outcross genetics for the Roseleigh stud.

Bidding throughout the catalogue was very strong on an even offering of industry-focused genetics, with eight bulls making $10,000 or more.

McCarthy Livestock have a large European Union-accredited cow herd and target the weaner market, and selected both cow and heifer bulls.

Mandayen stud principal Damian Gommers was overwhelmed with the support from repeat and new clients in only the stud's fifth year of selling Angus bulls.

"I am really proud to sell our record price bull to the Cowley family that I have a lot of respect for and their Roseleigh stud being one of the longest established Angus studs in the state," he said.

The sale was conducted by Spence Dix & Co with Jono Spence sharing the auctioneering duties with Elders' Ross Milne.

"I love the phenotype of the Mandayen cattle and it is good to see clientele not too figures orientated," Mr Spence said.

Mr Milne said the Angus bulls were "outstanding and an endorsement of Mandayen's investment in top genetics with the sale being true to value".