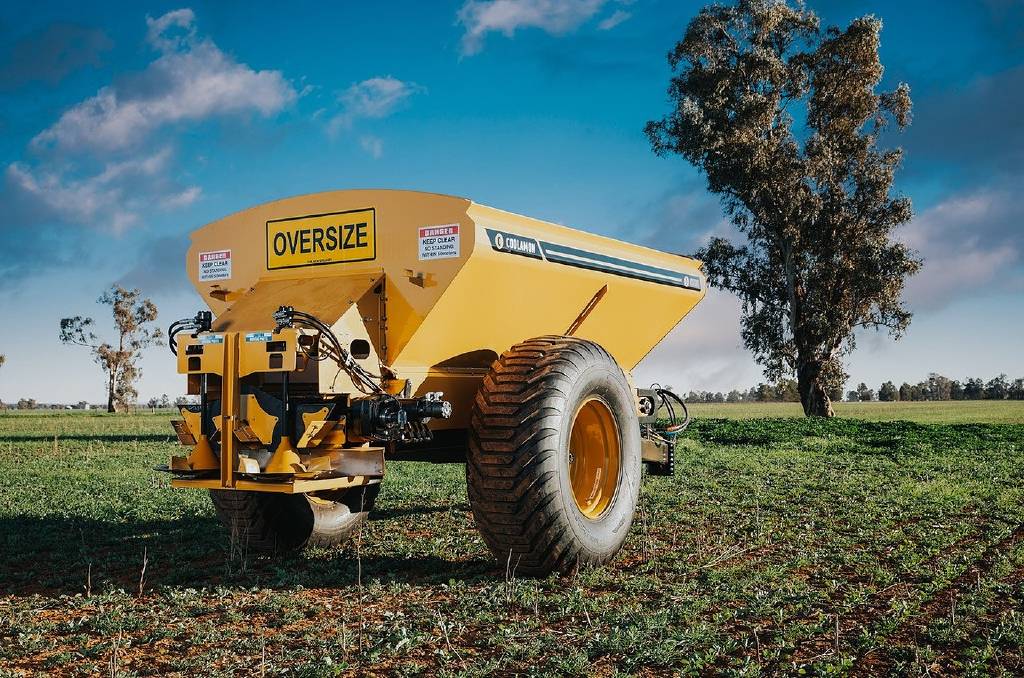 SMALL BUT MIGHTY: The new Coolamon compact spreader is based on the companies premium broadacre range, but more suited for horticulture, dairy and livestock operations.

Developed and tested over last year, the spreaders are based on Coolamon's premium broadacre range, but with modifications making them more suited to intensive operations.

Coolamon Spreaders WA and SA state sales manager Preston Grigg said the compact spreader range was customer driven and offered many of the benefits of its bigger brothers.

"We have three trailing single axle units ranging from 5500 to 8500 litre capacity,'' he said.

"Not everybody needs a broadacre spreader and these are ideal for horticulturalists, dairies and livestock operators.

"It is fully hydraulic using the tractor remotes."

"The variable sized cones combined with the spread pattern and width is what puts these spreaders apart from the rest,'' he said.

"Our spreaders are the only ones in the world with variable sized cones, vastly improving the timing of product as it leaves the machine.''

"Regardless of the product density, there is no need to change the rear spinner assembly to accommodate it,'' he said.

"The variable sized cones are changed in a few seconds to customise the rear of the machine to suit any product.

"The one metre wide cleated belt coupled with the open design of the steer assembly means manure or lime is not being pushed through small holes potentially creating blockages.''

Mr Grigg said customers were pleased with the fact there are minimal changes to be made to the machine when changing from product to product.

"No tools are required to make the changes when spreading product to product, it's a matter of shifting the patented rings on the back of the spreaders," he said.

"They also appreciate the solid construction and the fact the machine is made in Australia for Australian conditions by a respected manufacturer.''

Mr Grigg said the company engineered a hydraulic drive system that can be simply powered via a regular tractor remote circuit, and operated by a stand-alone Farmscan Jackal rate controller.

"Product rates and spread widths can be manually increased or decreased in pre-defined steps, and bins can be switched off or reduced to half rate to save wastage on poor soils or headlands," he said.

The story Compact spreader for all jobs first appeared on Farm Online.